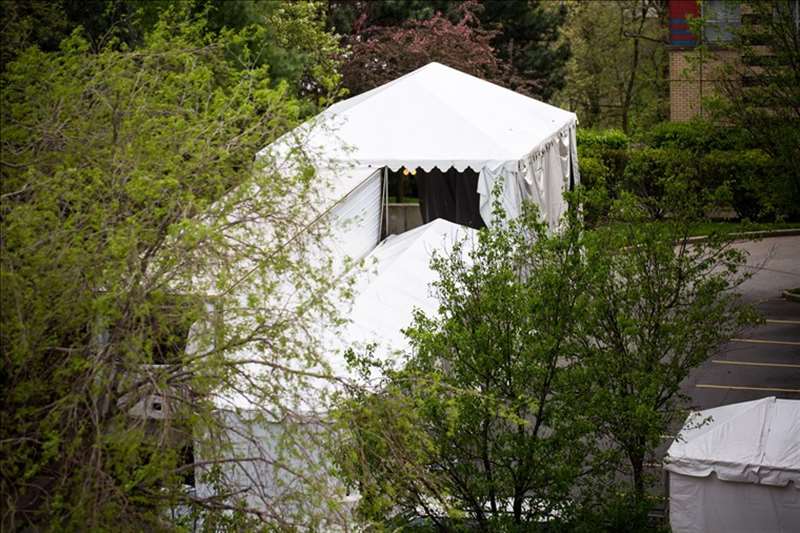 “It’s tricky to compare state-level data, but New York is the only state that explicitly stated that they were excluding hospital-based deaths,” said Priya Chidambaram, a senior policy analyst at the Kaiser Family Foundation, a nonprofit research organization.

By contrast, officials in other states, including Minnesota, Connecticut, Massachusetts and Vermont, said in recent interviews that they found ways to total all nursing home deaths, including residents who died at hospitals, without counting them twice, by cross-referencing the reports from nursing homes with other data sources. Research experts, including Chidambaram, said they were not aware of any other state that counted nursing home deaths as New York did.

That has left both policymakers and researchers wondering why New York didn’t find a similar workaround to avoid leaving out thousands of nursing home deaths from its reported total.

“New York is an outlier of sorts when it comes to this issue,” said David Grabowski, a long-term care expert and policy professor at Harvard Medical School.

“We don’t want to double count — this person died here, and also died there,” Zucker said, describing the Cuomo administration as being “incredibly transparent on information.”

New York officials also said it was important to verify reports of residents who died at hospitals before making those numbers public, as the information provided by nursing homes was not always accurate, especially during the chaotic early days of the pandemic.

“It’s natural to assume they might not have as much information as what happened inside their walls,” said Gary Holmes, a spokesman for the state health department.

The New York health department said the delay in releasing the number of hospital-based deaths was due to a time-consuming verification process. The Covid-19 reports that nursing homes and hospitals submit daily only include the initials and age of residents who died “to protect patient privacy,” Holmes said.

While more detailed data on hospital deaths is available, the information is entered into a separate system that often lags and does not include the name of a patient’s nursing home, he added. “Great lengths have been taken to ensure accuracy in data reporting from multiple sources.”

Holmes also said the newly released numbers did not change the overall death toll in New York from the virus, since all nursing home deaths had been included in the statewide count, regardless of the place where they occurred.

Officials in other states in the Northeast and elsewhere told NBC News that they took a different approach to compile a comprehensive count of resident deaths — regardless of whether they occurred at a hospital or at the facility — to avoid the double-counting problem that New York officials were concerned about.

In Minnesota, for example, “deaths are categorized by place of residence,” said Scott Smith, a spokesman for the state’s public health department.

The state relies on self-reported data from nursing homes, which are asked to provide demographic information, date and place of death, and other information. Minnesota also collects data from hospitals, laboratories, medical examiners and death certificates to match reports and exclude duplicate entries to avoid double-counting, Smith said.

Similarly, Connecticut uses self-reported data from nursing homes, which are required to report all resident deaths “whether they occur in their facilities or after transfer to a hospital,” said David Dearborn, a spokesman for the state health department.

The state also relies on reports from the state medical examiner to prevent double-counting in the overall death toll, Dearborn said. “This process ensures an accurate statewide total.”

While the pandemic was unprecedented in many ways, the data challenges associated with it are not new, said Grabowski, the Harvard Medical School professor.

“Historically, public health officials have often had to distinguish between site of death and immediate residence prior to death,” he said. “I don’t see any reason why other states were able to classify prior residence and New York was not.”

“This is not a complicated thing to do,” said Hammond, who believes New York officials should have released both hospital and nonhospital death counts immediately, then cross-checked the information later if they thought it was necessary.

“They’re using the need for maximum accuracy and the difficulty of reconciling the two data sets as a rationale for postponing” the release of public information, he said.

There are other differences between the states, as well as broader inconsistencies in the data. New York and Minnesota, for instance, are among the states that include probable Covid-19 cases in death counts, but some only count lab-confirmed cases.

The long-term care industry itself is skeptical that more data would have made a big difference in the overall response to the pandemic.

“It’s just another piece of data that may show something or may not,” said James Clyne, CEO and president of LeadingAge New York, which represents nonprofit long-term care facilities. “Has anybody looked at it and come to any conclusions? It’s not like anybody had this epiphany because this information was given out.”

But researchers say that complete information from the states is important to understanding the full impact of the pandemic on nursing homes. During the worst months of the pandemic, such data could help public health officials decide where to send resources first, advocates said. It could also help researchers identify which factors left facilities most vulnerable to Covid-19 cases and deaths, and which policy decisions seem to help protect residents and staff members.

New York state Sen. Gustavo Rivera, a Democrat from the Bronx who chairs the health committee, recently introduced a bill requiring the state to disclose the deaths of residents who died after being transferred to the hospital, criticizing the state’s decision to exclude them.

The federal government did not start collecting national data on Covid-19 cases and deaths in nursing homes until the first week of May, and facilities were not required to provide information about the previous months. So the state and local governments were the only ones keeping track since the beginning of the pandemic — which is another reason why New York’s nursing home numbers are so important, researchers said.

Suzy Khimm is a national investigative reporter for NBC News based in Washington, D.C.