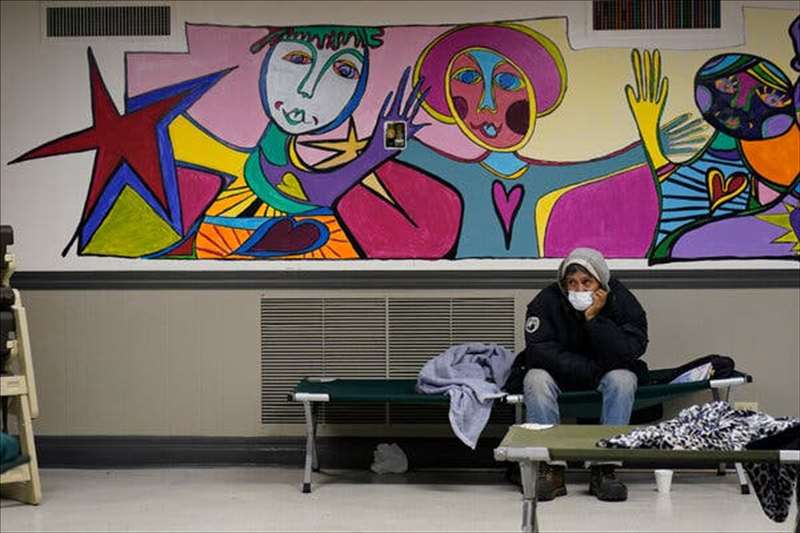 As the freak winter storm raged, historically marginalized communities were among the first to face power outages, experts say.

SAN ANTONIO, Texas — When the lights went out Monday night in the Alazán-Apache housing project in San Antonio — which stands in one of the city’s poorest ZIP codes — the traffic signals in the neighborhood flickered off and storekeepers pulled down their shutters.

For residents, there was little left to do but huddle under blankets and hope that their children wouldn’t fall ill.

“I need to take my kids somewhere to keep them warm. I don’t know where,” said Ricardo Cruz, 42, who lives at the Alazán-Apache Courts with his wife and five children, between 5 and 13 years old, and who has been without electricity since 7 p.m. Monday.

Experts worry, in particular, that rising energy prices amid surging demand will leave many families in the lurch, unable to pay their utility bills next month and triggering utility cutoffs at a time when they are at their most vulnerable. In Texas’ deregulated electricity market, prices can fluctuate with demand, leading to a potential jump in electric bills for poorer households that already spend a disproportionate amount of income on utilities.

“Whether it’s flooding from severe weather events like hurricanes or it’s something like this severe cold, the history of our response to disasters is that these communities are hit first and have to suffer the longest,” said Robert Bullard, a professor at Texas Southern University and an expert on wealth and racial disparities related to the environment.

“These are communities that have already been hit hardest with Covid,” he said. “They’re the households working two minimum wage jobs, the essential workers who don’t get paid if they don’t go to work.”

In Houston, local environmental groups said that neighborhoods like Acres Homes, a predominantly Black and Latino neighborhood in the northwest of the city, were among the first to lose power. “The pipes are freezing. They’re out of water and electricity,” said Ana Parras, co-executive director of Texas Environmental Justice Advocacy Services, or Tejas, a community group that serves local communities of color.

Many of the city’s hardest-hit communities already have poor infrastructure. “The houses there don’t have much insulation,” she said.

Research has also shown that in Houston and elsewhere, lower-income, minority communities tend to live closer to industrial sites and be more exposed to pollution, a concern as the freezing weather shut down large refineries and other industrial sites.

“It’s a very sad situation,” Ms. Parras said, considering that “we live in the energy capital of the world.”

In San Antonio, some residents turned to their cars as a source of warmth. In the driveway of a single-family house off a West Side street, Jesus Garcia sat in his car running the engine to stay warm and charge his cellphone.

The 78-year-old lives on the other side of the neighborhood, but his house went dark two days ago. So he came to his friend’s place to stay. But her power went out, too, and the roads were too dangerous to drive home last night.

So he stayed a second night, unsure when, exactly, he would return home. “They got plenty of people to fix all this stuff, but I don’t know what’s going on,” he said with a shrug.

At a 7-Eleven gas station on the edge of the West Side, one of the few gas stations open, cars lined the street to purchase fuel. Inside, most of the snacks and bottled water were gone. And the store’s pipes were frozen.

Under Interstate 37, less than a mile from downtown, about 20 tents protected some of the city’s most vulnerable residents, the homeless, from the deadly cold. They stood in groups around camp fires fueled by wood from a Christian ministry across the street.

But a burst pipe meant that the ministry couldn’t offer the showers that it usually does. A Baptist church nearby was setting up a temporary shelter.

Desiree Lee Garcia Curry, 37, said she would sleep in the tent city after losing a room at a hotel. A few nights ago, she slept under a tarp as ice accumulated on the ground.

“The hotel let us stay for a full day but then threw me and my roommate out,” she said. “I lost half my stuff.”

Greg Woodard has a tent here, too. Five days ago, when the polar vortex descended on South Texas, the 39-year-old considered taking shelter at another church nearby. But he wasn’t allowed to bring his books. He studies at the Alamo City Barber College. “I decided to take my chances out in the cold,” he said.