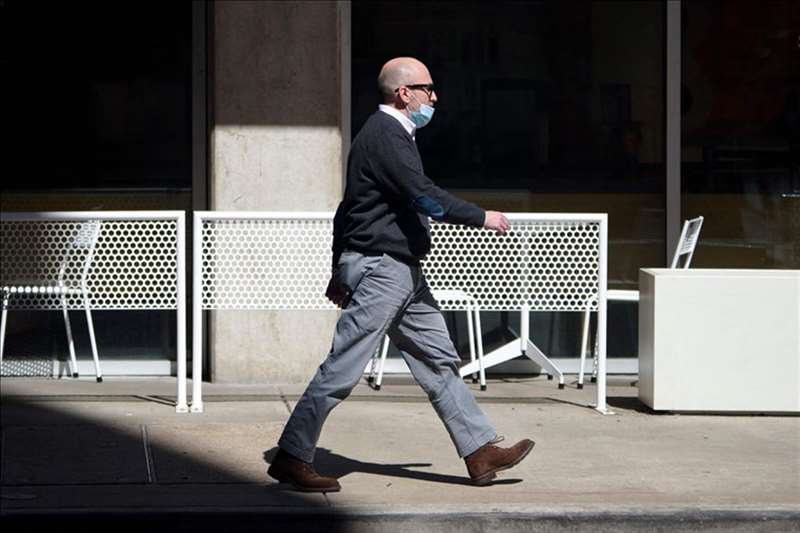 And while they now have enough masks, ventilators and emergency room space to treat a new wave of patients, they say there is an acute shortage of staffers who aren’t already stressed out and exhausted from battling the pandemic for more than a year.

“We have the capacity to take care of more patients,” Dr. James McDeavitt of the Baylor College of Medicine told NBC News. “We have an ample supply of PPE. That means a lot. The more difficult problem is that while many people in Texas experienced the pandemic in waves, there’s been no respite for front-line health care providers. The biggest issue now is morale. Many health care providers fear this could extend the pandemic.”

“I think the governor’s decision was premature,” he said. “If the goal is to reach herd immunity, we are not there yet. Masking and distancing are an important bridge to herd immunity. We’re still seeing 1,000 new cases per day in Houston. We’re getting some 200 new Covid-19 patients per day in the hospitals. Yes, the numbers are down considerably, but that’s still pretty high.”

Houston Methodist President and CEO Dr. Marc Boom said the hardest thing for his exhausted staffers to swallow is the knowledge “that we are 90 to 120 days away from a much better situation.”

“Our staff is tired and we’re still in the midst of a third surge,” he said. “Now, everybody is contemplating a fourth surge of infections.”

Why? Because last month’s freak winter storm, which knocked out power to much of the state, forced many Texans to abandon their homes and head to heated shelters where there was little, if any, social distancing.

“Give us 90 to 120 more days and the world will look a lot better,” Boom said. “Wearing a mask may not be mandated, but it’s a personal responsibility as the governor himself said. And we are urging people to continue wearing their masks.”

Both Boom and McDeavitt said that no matter what happens, thanks to the vaccines any new surge won’t be as bad as the prior waves of infections.

That same day, Mississippi Gov. Tate Reeves announced that he was lifting his state’s mask mandate. He too is a Republican.

“We never attempted to say that we’re trying to keep every single Mississippian from contracting the virus,” Reeves said Wednesday on Fox Business Network. “Our goal has always been to protect the integrity of our health care system such that if anyone gets the virus, if they can get better with quality care, that they receive that quality care.”

“I think it’s a big mistake,” Biden said Wednesday. “Look, I hope everybody realizes by now that masks make a big difference.”

Texas Attorney General Ken Paxton, however, praised Abbott and said the governor “has moved in the absolute right direction.”

“This is a pandemic that was going to spread one way or the other, and there are certainly things we can do to protect ourselves, but we can’t protect everyone all the time, and it is going to spread to some degree,” Paxton said Wednesday on Fox News. “I just think it’s time for individual responsibility as opposed to government oversight.”

“I can think of no other word but incomprehensible,” he said. “Everybody is hurting, but gosh, man. The masks were doing a lot for us.”

“Covid-19 is still widespread in our community and infecting too many of our vulnerable residents,” he said in a statement Tuesday. “You don’t cut off your parachute just as you’ve slowed your descent.”

In Mississippi, hospital administrators said they were ready for the worst.

“The easy answer is the governor’s announcement will not affect us,” said Marc Rolph, chief spokesman for the University of Mississippi Medical Center in Jackson. “We never let our guard down so there is no need for us to do any extra prep work. We know the governor’s decision increases the chance for another surge, but we’ve already been preparing for another surge.”