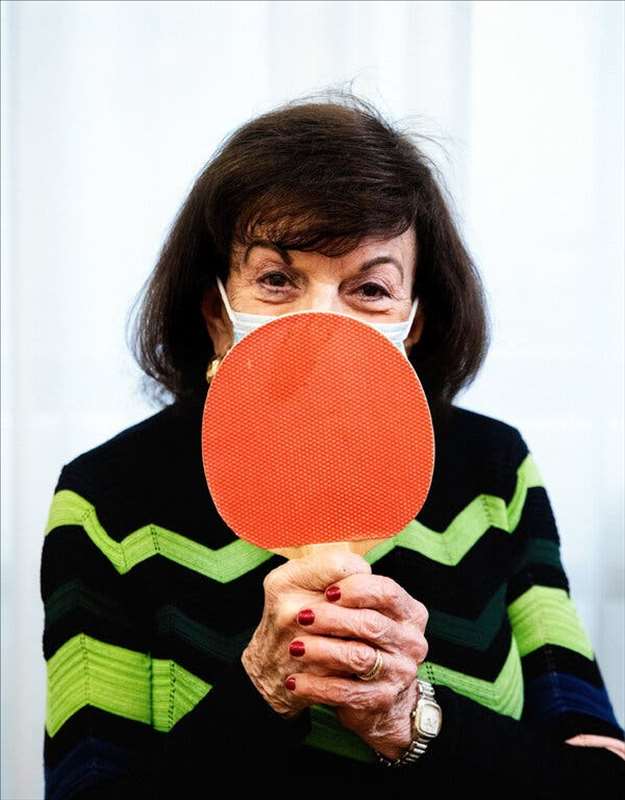 Older Americans still make up a majority of those who have been inoculated, and many are taking advantage and venturing out.

Bobby Stuckey flipped through receipts this month, surprised to see a huge increase in cocktail sales, the highest in the 17-year history of his restaurant, even though the bar section has been closed. The septuagenarians are back.

“Every night we are seeing another couple or a pair of couples in the dining room, and they feel so much relief,” said Mr. Stuckey, the owner of Frasca Food and Wine in Boulder, Colo. “Covid was hard on everybody, but you can’t even think of the emotional toll in this group. They haven’t gone out. They want to have the complete experience. It is just joyful to see them again.”

Marcia Bosseler is back to playing Ping-Pong — and beating all the men, she says — at her apartment complex in Coral Gables, Fla.

Randy and Rochelle Forester went out to eat with another couple for the first time in a year, and Ms. Forester celebrated the pleasure of being “out of sweats, to put on some pretty earrings and lipstick and be back in the world a little bit.” Fully vaccinated, Louis Manus Jr., an 82-year-old Navy veteran in Rapid City, S.D., is getting ready for his first vintage car club meeting in a year.

The upside-down world in which older Americans are drinking more martinis inside restaurants at a far greater rate than millennials will be short-lived.It’s a fleeting Covid-era interregnum in which the elders celebrate while their younger counterparts lurk in grocery stores in search of leftover shots or rage on social media, envious of those who have received a vaccine. In a few months, all that will most likely be over, and vaccines will be available to all who want them.

For now, about two-thirds of Americans over 65 have started the vaccination process and nearly 38 percent are fully vaccinated, compared with 12 percent of the overall population, giving the rest of the nation a glimpse into the after times.

“I am just enjoying my life,” said Robbie Bell, 75, who recently went out with two friends for a birthday celebration in Miami — one of whom was hospitalized last year with a dangerous case of Covid — and even hit the dance floor.

“This is my just due,” Ms. Bell said. “Seniors gave up more than anybody else.”

Mrs. Bosseler, who is 85, is thrilled to go back to live games of Ping-Pong and mahjong at The Palace in Coral Gables.

“This is very exciting for me,” she said in a telephone interview.

She is happiest to get back to “relationship with friends,” she said.

“What was difficult was losing that intimacy of walking together and talking face-to-face. I missed not shaking a hand, or putting a hand on a shoulder.”

Her neighbor Modesto Maidique, who is 80, has tiptoed out into the world, grabbing his sandwich indoors. But his central goal, like many older people, is to see his grandchildren.

“I am about ready to jump in a plane and fly, and the sooner the better,” Mr. Maidique said. He also teaches a course on “lessons in life, love and leadership” at Florida International University in Miami and “dreaded the thought of people being online and my not having the ability to interact with others,” he said.

His tentative plan is to hold a normal class in September.

Other older Americans still in the work force are finding their way back into that world before many of the rest of us, too. Ms. Bell, a real estate broker, spent the last year driving around Miami in a car separate from clients, once giving a tour by speakerphone and pointing out landmarks. The clients would then go inside houses by themselves. “That is how I had to function,” she said. “For the first time last week, someone came who had her shots, too. I picked her up and I did my showings.”

Ms. Bell said she tries not to dwell on the losses and the pain of the last year. “I am not going there,” she said, preferring to focus on the cheerful now. But when she talked about her grandchildren, she began to weep. “Do you know how bad it was not to hug your grandchild?” she asked. “I try not to think about it, it’s so hurtful.”

“The Book Club Sisters will meet in April for the first time since Covid,” she said. “The pandemic has encouraged us to look to a new genre, not our usual biographies or politics. We are trying to look to the future, Afro Futuristic short stories. No more Zoom. It will be a hoot!”

Many of those fully vaccinated — older and younger — are still as cautious , more like those crocuses that bloom in the day only to fold quietly back into their stems at night. “I would say that we are less afraid, but not fear-free,” said John Barkin, 76, who lives with his wife, Chris, 70, in Chestertown, Md. “There are so many stories about mutations, etc., and so many yet-to-be-vaccinated people seem to be acting more and more irresponsibly. Both of us feel that we have invested a year of being careful, so to continue on conservatively seems the way to go.”

Their vigilance stems from the spread of some more contagious variants of the virus and from uncertainty over whether those who are vaccinated can still spread it. Lindsey J. Leininger, a health policy researcher and a clinical professor at the Tuck School of Business at Dartmouth in Hanover, N.H., said that the public health messaging has been “overcautious” at times.

“But I suspect there’s something much deeper at play,” she said.

“We’re biologically wired to avoid viral threats and abhor uncertainty,” Dr. Leininger continued. “Sadly, the variants inject some serious uncertainty, although we’re hopeful about emerging data suggesting our vaccines remain protective and that effective boosters can be produced. Some people cope with uncertainty by saying ‘To heck with it!’ and avoid all precaution, while others become super-cautious.”

Nancy Arcadipone, 71, who splits time between Chicago and Kalamazoo, Mich., is planning her first trip to the Southwest in 45 years, and plotting when she can next enjoy eggplant parmigiana at La Scarola and a margarita next to a couple of tacos at Frontera Grill, both in Chicago, and live music performances. All within tantalizing reach.

Still, her elation is tempered by the generational reversal of vaccine fortunes.

“I feel the worst for the younger generation,” Ms. Arcadipone said. “My generation really got to live, experience and experiment. I feel sad for younger people. I find it kind of strange that our generation gets to be socially free first after a year of isolation.”

Andrea Westberg, 73, sees it through all lenses, having missed out on a customized tour of Italy last summer with her teenage grandchildren. She and her husband, Gary, 74, moved to an active adult community in Roseville, Calif., two months before the world locked down and immediately longed for the incipient community pickleball, wine club get-togethers, potlucks and seeing new neighbors.

“We were so disappointed,” Ms. Westberg said. “We kept busy decorating a new home, but not being able to share it with guests, including our sons and families, was very sad and lonely.”

“I am hopeful for the future but cautious,” she said. “I grieve for those lives lost and hope that science and truth prevail in the years to come.”