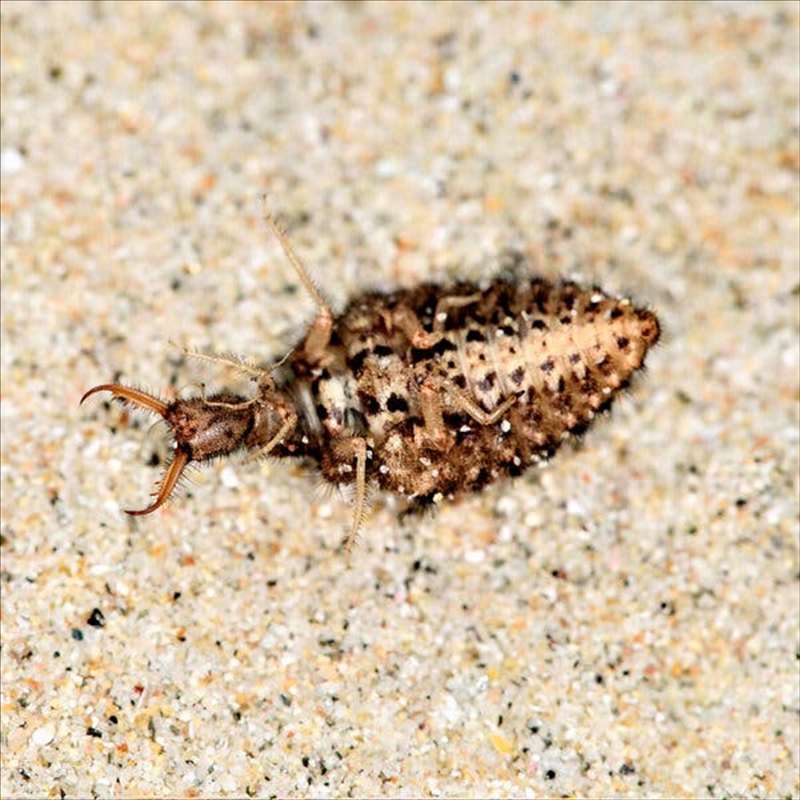 A study shows that pretending to be immobile — sometimes for an hour or more — helps larvae of an insects called antlions outlast hungry predators.

But everything is relative. To their own predators, antlion larvae are simply little snacks. And a colony’s cunning traps, grouped together and quite visible in the sand, are like flashing “DRIVE-THRU” signs.

Rather than muster an active defense, the larvae have weaponized passivity — responding to provocation by lying totally still, for unpredictable intervals of time that can range from seconds to over an hour.

The researchers took out their stopwatches. Under their gaze, one larva remained motionless for 61 minutes. “Watching paint dry would have been fun by comparison,” Dr. Franks said. “But it was so incredibly impressive.”

But with some creatures like antlion larvae — eaten by animals, like birds, that are attuned to movement — the key may not be fake putridity, but stillness, said Dr. Franks, who for this reason prefers the term “post-contact immobility.” Perhaps they’re not playing dead, but hiding in plain sight.

Such fickleness could be part of the survival strategy. If the downtime of a given antlion larva was predictable, predators “could perhaps learn some patterns,” Dr. Sendova-Franks said. But if there is no pattern — and more food is nearby — a predator might just move on, like someone with a full bag of Lays who accidentally drops a single chip into the couch.

If a simulated larva is dropped, it stays immobile for a variable amount of time, informed by the researchers’ real observations. The bird waits for a spell, and if the antlion doesn’t budge, it abandons the bug to seek a meal that is still moving.

After running the simulation thousands of times, the researchers found that “playing possum” indeed helped the antlions: It increased the survival rate in a given patch by about 20 percent.

And although reducing the lengths of the larva’s immobility spells in the model lowered survival rates appreciably, increasing them had hardly any effect — suggesting that the antlions have taken their strategy “to an absolute extreme,” Dr. Franks said. “Which is kind of cute, I think.”

This model will allow researchers to compare the benefits of playing possum among different species and populations, helping scientists understand the behavior’s efficacy and how it evolved, said Kennan Oyen, a postdoctoral fellow at the University of Cincinnati who was not involved in this work.

The next step is to “confirm in the field some key assumptions of the model,” including that immobility actually helps keep the antlions from being detected by predators, said Alejandro G. Farji-Brener, a professor of ecology at the National University of Comahue in Argentina.

The antlions remain formidable opponents to all who surround them on the food chain.

“Playing dead is such a great way of wasting the predator’s time,” Dr. Franks said. “It changes the game.”