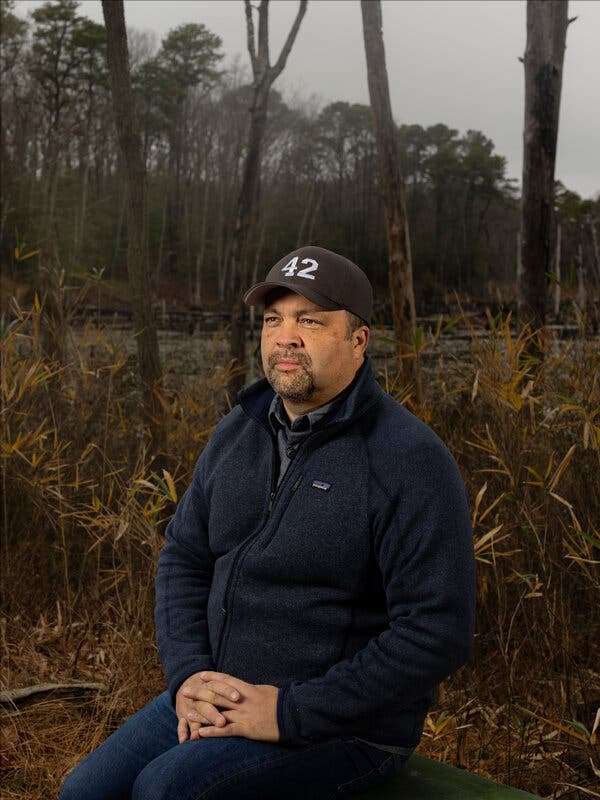 After a public reckoning and the departure of its executive director, the nation’s largest environmental organization has tapped Ben Jealous as its new leader.

Gelles has written about leadership for more than a decade and was the Times’s Corner Office columnist before joining the climate desk.

Now, the organization is trying to emerge from other side of that appraisal. It has named Ben Jealous, a civil rights activist, author, investor and nonprofit leader as its new executive director.

Mr. Jealous, 50, chief executive of the National Association for the Advancement of Colored People from 2008 to 2013, is the first person of color to lead the Sierra Club.

With more than $149 million in annual contributions, hundreds of employees, more than a million members and supporters, and 64 chapters around the country, the Sierra Club is the giant sequoia of the conservation movement — impossible to ignore, and at the center of an expansive ecosystem of activists, nonprofit organizations and grass roots campaigns.

But the murder of Mr. Floyd and subsequent protests around the nation shook the foundation of the institution. Its executive director wrote that the Sierra Club had played a “substantial role in perpetuating white supremacy.” The blog post was an effort to acknowledge the group’s failings, but it drew a public rebuke from some board members and sparked a fierce internal fight.

That same summer, a Sierra Club employee claimed to have been raped by a former senior employee who was still volunteering for the organization, prompting investigations into other accusations of abuse as the #MeToo movement continued.

And, in 2021, an internal report documented a toxic culture where bad behavior was tolerated and accountability was lacking. Weeks later, the executive director resigned and a board member took over public leadership duties, leaving the Sierra Club rudderless during the first year of the Biden presidency, as climate change became a central political issue.

“There’s been a moment of reckoning that was important for the Sierra Club,” Mr. Jealous said. “Reckonings are hard, and I’ve never seen anybody really do it right. There’s a lot of pent-up emotion, and it all comes out.”

Mr. Jealous said he hoped to harness that energy, getting the Sierra Club more engaged with environmental issues affecting minority communities, and finding ways to bring more Black people, Hispanics and Asians into the environmental movement.

His appointment comes after a nearly yearlong search. He joined the Sierra Club after two years as president of People for the American Way, a progressive advocacy group.

“He outshined and out-sparkled all of the other people we interviewed,” said Rita Harris, a Sierra Club board member who was involved in the search. “He definitely appears to be the person we need right now.”

Mr. Jealous, a Rhodes scholar who ran unsuccessfully for governor of Maryland in 2018, said his qualifications for the job go well beyond being a civil-rights leader and that he has always been an environmentalist.

At nine years old, Mr. Jealous said he became the youngest-ever docent at his local natural history museum. And as a teenager, he served as a tour guide at the Monterey Bay Aquarium.

He continued to work on environmental issues as a young professional. At the Public Interest Research Group, an organization founded by Ralph Nader, he helped launch Green Corps, a program that gave recent college graduates exposure to grass roots activism. And at the N.A.A.C.P., he launched a climate justice program, an effort focused on environmental issues affecting Black communities.

“I’m the first Sierra Club executive director in a while to grow up in a redwood forest in Northern California, to sleep under them,” he said.

But as Mr. Jealous prepares to embark on a listening tour during his first months on the job, he is likely to hear from staffers still working through a difficult few years for the organization.

The summer of 2020, with Covid raging and protests erupting in the streets of American cities, a national conversation about systemic racism was in full swing. A parade of high profile corporations, universities and nonprofit organizations were caught up in public squabbles as staff, consumers and critics piled on.

Yet even during that period of unrest, what unfolded at the Sierra Club stood out.

The Sierra Club, Mr. Brune wrote, had caused “significant and immeasurable harm,” adding that “as defenders of Black life pull down Confederate monuments across the country, we must also take this moment to re-examine our past and our substantial role in perpetuating white supremacy.”

Mr. Jealous said he hoped to move beyond the controversy, but saw Mr. Muir as a conservationist first.

Mr. Jealous will also have to contend with an organization that, according to an internal report prepared by Ramona Strategies, a consulting group, tolerated bullying behavior by senior employees and lacked a strong culture of accountability.

“We have to deal with all of the equity issues inside the Sierra Club,” Mr. Jealous said. “Those include, absolutely, issues of gender, as well as racial equity and also pay equity. We have people who are ‘chapter staff’ who are making less than people who are ‘national staff’ for the same organization, doing the same job.”

But while Mr. Jealous and the organization hope to put the recent tumult behind them, the times have changed. No longer is the Sierra Club simply focused on conserving pristine nature. Instead, it is embracing voting rights and other progressive causes that aren’t overtly about the fight to protect the environment and combat climate change.

Mr. Jealous, who expanded the range of issues the N.A.A.C.P. tackled while he was chief executive — and in doing so expanded its membership and fund-raising, as well — is eager to try and accomplish the same feat at the Sierra Club.

“The Sierra Club, more than any other environmentalist group, has become rapidly more inclusive,” he said. “We don’t we don’t get to save the planet and not take on the ravages of poverty.”

What this means in practice remains to be seen. Mr. Jealous said he hoped to get the organization more involved in local campaigns on everything from industrial pollution to the electrical grid. He added that the Sierra Club had a role to play making sure that the $370 billion in climate change funding included in the Inflation Reduction Act was not wasted.

“The only way that that is something other than political pork is if movements are built in every single state in this country to make sure that those dollars are spent impactfully,” he said.

And still, efforts to expand wind and solar energy are facing growing local resistance around the country, at times pitting Indigenous groups against the developers of renewable energy projects.

“Those are real conversations that we’re going to be prepared to have,” Mr. Jealous said. “And the only organization that can really lead that effectively would be an organization that both is on fire to protect the planet and is on fire for social justice. Ultimately, the best solutions are going to require us to figure out how to hold both of those in our minds at the same time.”