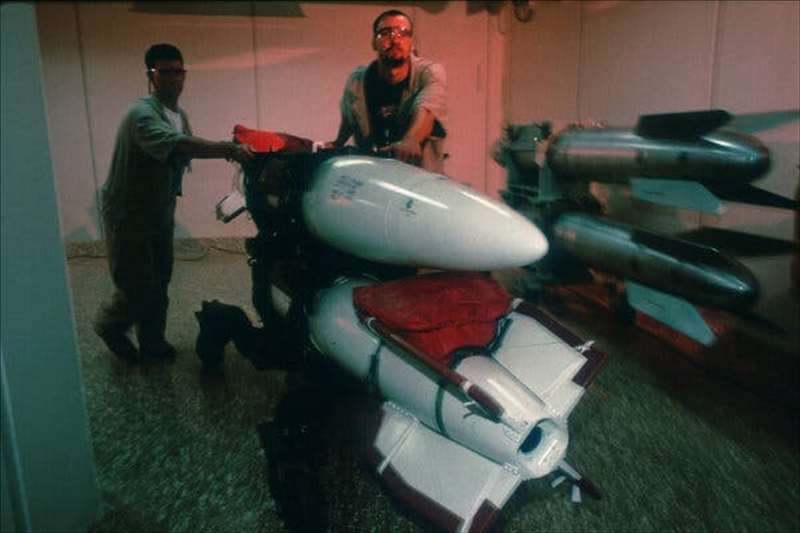 The Biden administration has called for the retirement of the B83 superweapon, but nuclear experts say its most destructive parts will live on indefinitely in one form or another.

What now for the B83? How many still exist is a federal secret, but not the weapon’s likely fate, which may surprise anyone who assumes that getting rid of a nuclear weapon means that it vanishes from the face of the earth.

Typically, nuclear arms retired from the U.S. arsenal are not melted down, pulverized, crushed, buried or otherwise destroyed. Instead, they are painstakingly disassembled, and their parts, including their deadly plutonium cores, are kept in a maze of bunkers and warehouses across the United States. Any individual facility within this gargantuan complex can act as a kind of used-parts superstore from which new weapons can — and do — emerge.

“It’s bizarre how these things cycle around,” Mr. Kristensen said. “It’s nuclear whack-a-mole. You hit one down, and another pops up.”

The recycling has no direct bearing on the overall size of the nation’s nuclear arsenal, as the reused explosive parts are often employed for making replacement weapons, not new ones. That’s the case with the W93s, which are to replace or supplement old submarine warheads.

Even so, such recycling makes advocates for greater arms control livid. They’ve long argued that other nations view the storage of explosive weapon parts as a sign that the United States wants the option to make swarms of new warheads. That perception, they add, can fuel new arms races and nuclear proliferation.

The Clinton, Bush and Obama administrations all made plans — with costs in the billions of dollars — to get rid of excess plutonium stocks, which grew rapidly after the Cold War because of arms disassembly. But no strategy has so far succeeded.

But Mr. Kristensen of the science federation said that the Republicans were unlikely to succeed in saving the B83 even after retaking the House, which gives them new clout in determining military budgets and priorities. He said that the weapon, four decades after entering the U.S. arsenal, was more likely to start its afterlife in the storage maze.

“They’ve tried to stuff it down the throat of the administration, but the military hasn’t expressed any need for it,” he said of Republican attempts to block the B83’s withdrawal. “I think it will probably be retired. I think this one’s dead.”