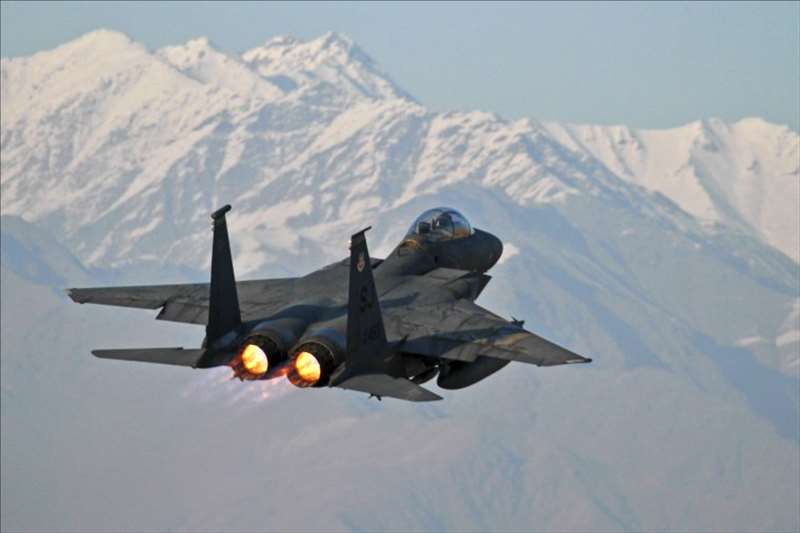 U.S. Air Force and Space Force officials released a climate action plan Wednesday that includes a goal of operating bases at net-zero emissions by 2046, an ambitious effort to rein in the sizable carbon footprint of the U.S. military’s air wing.

“Extreme weather and environmental conditions are already imposing high costs on Department of the Air Force installations and operational missions, while simultaneously posing new risks to our ability to train and operate effectively,” Air Force Secretary Frank Kendall said in the plan.

The Air Force plan sets goals under the priorities of maintaining air and space dominance in the face of climate risks, making climate-informed decisions and optimizing its energy use while it pursues alternative energy sources.

​​Ed Oshiba, the acting assistant secretary of the Air Force for energy, installations and environment, told NBC News that climate change is increasing the complexity of the Air Force’s mission.

“We recognize the need to adapt to these effects of climate change, and to preserve our dominance in air and space, which is what our nation needs us to do,” he said.

The plan also aims to include, within the next two years, climate considerations into the way it educates and trains Air Force and Space Force personnel.

“I want them to get to a place where, as they make decisions, even at the tactical level down at the base, they make those decisions based upon what risks and effects climate change can have on the ability of them doing their job every day,” Oshiba said.

The most ambitious goal in the plan is to shift the department away from its reliance on fossil fuels as both aviation fuel and as an energy source, something crucial for meeting the lofty net-zero emission goals.

By the end of 2025, the Air Force hopes to have two of its operational bases using at least 10%  of “sustainable aviation fuel blends,” but only if it is the same or less cost than traditional aviation fuel.

“We want to use this opportunity to send a signal to the industry and then work with them to see how we can get to a place where sustainable aviation fuel makes sense at the right price point into the future.”

The Air Force will also complete a pilot by the end of 2027 using microreactors, or small nuclear devices, that can provide energy for an entire base.

“I think Russia’s invasion of Ukraine kind of showed us just how fragile our energy supply chain can be, and the impact it can have,” Oshiba said. “It underscores the need and the impetus to move forward as fast as we can on finding alternative energy sources.”

The Air Force’s goal is to invest in renewable energy technology development, like the microreactors, as well as rely on local renewable energy sources to use 100% carbon-free electricity on a net annual basis by the end of 2029.

“Some may criticize us for why we were the last of the services or departments to put out an action plan,” Oshiba said, “but part of that was to be very comfortable with committing ourselves to these key results that we put in the plan.”

Lucas Thompson is a content producer for the NBC News Climate Unit.