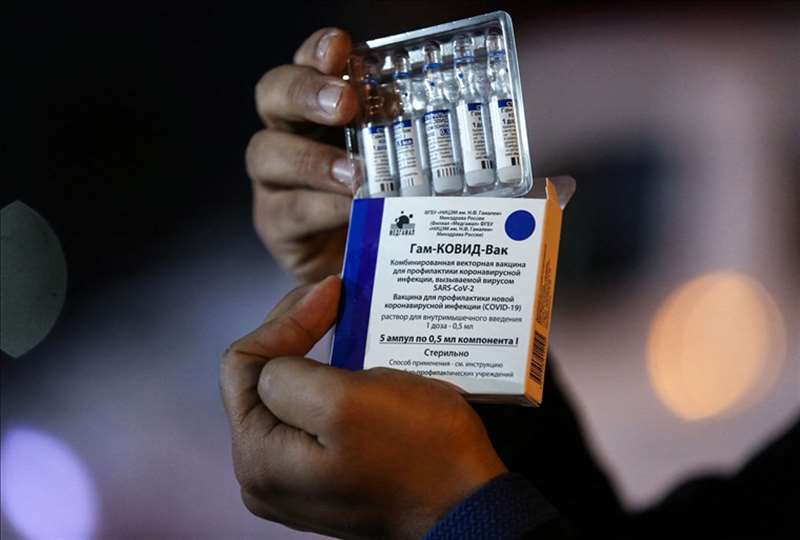 Although China and Russia deny it, experts say they are beginning to see how Beijing’s and Moscow’s strategy of selling or donating their vaccines abroad is greasing the wheels of their international relationships and allowing them to expand their influence throughout the world.

It’s a development that should cause grave concern for the United States and other democracies, according to former U.S. ambassadors and other ex-diplomats.

“The United States, until recently, was the go-to country for any major health disaster,” said Thomas Shannon, the former U.S. undersecretary of state for political affairs, the third-highest-ranking role in the State Department. “So to pull itself off the playing field is very disconcerting.”

Shannon, who served in the administrations of presidents George W. Bush, Barack Obama and Donald Trump and was ambassador to Brazil from 2010 to 2013, said Trump’s decision to step back from the international Covid-19 response has sent a “chilling and worrisome message to many countries that find themselves at a very vulnerable moment.”

Unless that changes under President Joe Biden and into the future, “the world will realize we’re not a reliable partner, and that would be dangerous for us,” he said. “I believe it’s something that will be remembered.”

Few would argue that sending lifesaving vaccines around the world is a bad thing.

“We’re not talking arms sales here,” said John Campbell, who was the U.S. ambassador to Nigeria from 2004 to 2007. “We’re talking about something citizens around the world want and desperately need.”

Similarly, Kremlin spokesman Dmitry Peskov has said that Russia merely believes “there should be as many doses of vaccines as possible” so “all countries, including the poorest, have the opportunity to stop the pandemic.”

Of the near 250 million vaccine doses it had produced so far, China has sent 118 million to 49 countries, according to Airfinity, a pharmaceuticals analytics company based in London.

Russia has sent vaccines to 22 different countries, and India has exported or donated 64 million of the nearly 150 million shots it has produced, according to Airfinity, which some experts interpret as New Delhi’s attempt to counterbalance the vaccine diplomacy overtures of its regional rival, Beijing.

The majority of Chinese and Russian vaccine doses have gone “where Western powers and Russia and China have been competing for years for more influence,” said Agathe Demarais the global forecasting director at the Economist Intelligence Unit, a research group based in London.

“For the man on the street” in African countries using the vaccines, “Russia and China become somewhat more attractive as possible models for going forward,” said Campbell, the former ambassador to Nigeria. “Arguably, it will help increase the attractiveness of authoritarian forms of government at the expense of more democratic forms of government.”

The pandemic has also allowed Russia to build relationships in Latin America beyond its traditional foothold of Venezuela, Shannon said, while the call between the Russian and Bolivian presidents was clearly linked to their vaccine deal, Demarais said. The Bolivian presidency didn’t respond to a request for comment.

And in Eastern Europe, use of Chinese and Russian shots allowed Serbia and Hungary to soar ahead of neighbors struggling with choked Western supplies.

Rather, vaccine diplomacy is “one more brick in the edifice” of their decadeslong attempt to gain influence in the global South and challenge the postwar order, said Demarais, a former French diplomat who worked in Moscow and the Middle East.

“The pandemic hasn’t created any new trends. It’s only accelerated ongoing shifts,” she said. “The fragmentation of the global world order has been happening for a very long time.”

“It would be political suicide for Biden to say, ‘My dear fellow Americans, I’m going to send millions of vaccines to South America or Africa just because we need to compete with Russia and China,'” Demarais said.

Beijing and Moscow have also perfected the art of vaccine public relations.

“The Chinese have been very adept at moving fast, making symbolic donations — and getting a lot of press coverage for it,” said Richard Olson, a former U.S. ambassador to Pakistan and the United Arab Emirates.

Now the U.S. looks to be trying to change the international picture.

Asked about vaccine diplomacy at a briefing last month, deputy State Department spokeswoman Jalina Porter declined to discuss China and said “the U.S. has taken a leading role in beating this pandemic globally.”

“If I were still posted to an embassy, I would be saying we need to get in the game here,” said Demarais. “But I would also be saying I think we’ve lost the game.”