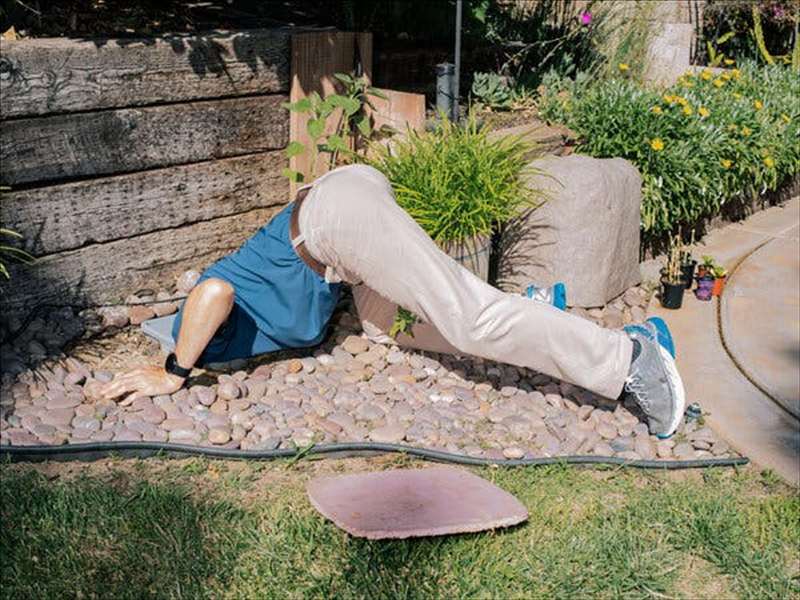 Using a tiny device called a Raspberry Shake, people around the world are tuning in to the earth’s vibrations.

Everything felt still while Marc Cesaire, a high school earth science teacher, watched a livestream of the Rolling Loud hip-hop festival at Citi Field from his apartment a few miles away in Queens, N.Y.

It was 4:55 p.m. on October 30, 2021, and the rapper Fivio Foreign was playing to an audience of thousands. As the set neared its end, Cesaire, 43, noticed the crowd jumping with more and more intensity, so he pulled up a second live feed, this one streaming data from a small, inexpensive seismograph called a Raspberry Shake, which he’d just installed in his classroom at the nearby Civic Leadership Academy.

“The seismograph actually seemed to pick up the crowd jumping up and down from 1.3 miles away,” Cesaire said. “You couldn’t feel it, but Queens was vibrating to the beat.”

“You might expect to see a flat line on the seismogram, but motion is always there,” said Steve Caron, 54, a business systems analyst and citizen scientist who streams his device’s live data on YouTube from Chino Hills, Calif. The seismogram Caron refers to is a recording of the ground’s movements, via a graph that shows time on its horizontal axis, and ground displacement on its vertical axis, usually measured in nanometers. “Everything is moving all the time,” he added, “but only scientists and hobbyists like me ever really notice it.”

In New York, Cesaire frequently checks on his Raspberry Shake’s data in the morning or during his lunch breaks. “You start to become aware of how structured and scheduled city life is,” he said. “You see when the Long Island Rail Road passes by, and construction begins, when the HVAC and computers turn on in school.”

Typically, scientists bury seismographs in vaults deep underground, a practice meant to drown out the vibrations created by people — what they call “cultural noise” — in order to get a clearer reading of the activity of the earth itself. But for many Shakers, installing cheaper seismographs at home was proof that the distinctive patterns created by everyday activities — traditionally considered undesirable to capture — could be fascinating in their own right.

“The washing machine has nice signals,” said Amy Gilligan, 34, a geologist in Aberdeen, Scotland. Leda Sánchez Bettucc, 55, a geologist in Montevideo, Uruguay, plays a game with her daughter to guess whether vibrations are from the blender, the vacuum cleaner or her son practicing the violin.

In the moments after a larger quake, Shakers share screenshots of data from their devices, creating a larger picture of how a wave traveled through the earth to reach each of them. Digital connectivity revealing geological connectivity, Caron observed.

For Takaaki Hattori, 34, a Shaker and nature guide in Okinawa, Japan, “when there is a big earthquake in the distance and I see the vibrations captured at home, I realize that we all live on a single planet called Earth.”

“The world is already noisy — there’s winds, trees, animals, and waves crashing,” Bohon, the geologist, said. “And humans amplify that noise. I think of us as busy little ants crawling around on the surface. For a while, we all just sort of went to sleep, and the world persisted without us.”

Finkelstein’s experience of “dark spaces, techno music, and feeling something touch your innards” at nightclubs in Berlin, his hometown, initially drew him to studying the “all present, all touching” phenomenon of vibration, he said.

Orchard calls it “the unheard symphony of the planet.” When he moved with his wife and two children from Victoria, Australia to Southern California in 2008 — a “difficult and stressful” relocation — he installed a Raspberry Shake in his backyard to help reassure everyone after experiencing their new home’s fault activity for the first time. “It may seem like a big earthquake, but is it really? Well, look at the data,” he said.

Back in the countryside of Victoria, across the Pacific Ocean and over 8,000 miles away, Orchard’s father followed the everyday “hum” of Temecula on his son’s livestream. “It connected him to us,” said Orchard, who sent his dad a Raspberry Shake for Father’s Day in 2017. Today, Orchard tracks the two streams of data side-by-side on his computer’s dashboard and an iPad next to the living room television, catching the cigar-shaped vibration of the grain train as it passes his father’s house in the morning, the sudden spikes of the surf crashing against Victoria’s cliffs when it’s stormy, or the blips of his father planting a fig tree in the garden. “Observing my dad’s tranquillity now connects me back home,” Orchard said.

When a magnitude 6.6 earthquake hit the remote and largely uninhabited Kermadec Islands near New Zealand in March, Orchard first saw it appear on his father’s seismograph in Victoria, and then, four minutes later, the quake arrived as a distinct burst of spikes on the Raspberry Shake monitor in his home. “Together, we can see how that base note that the planet just played is rippling through the earth, bouncing backwards and forwards between us as it plays out on a planetwide sound system.”