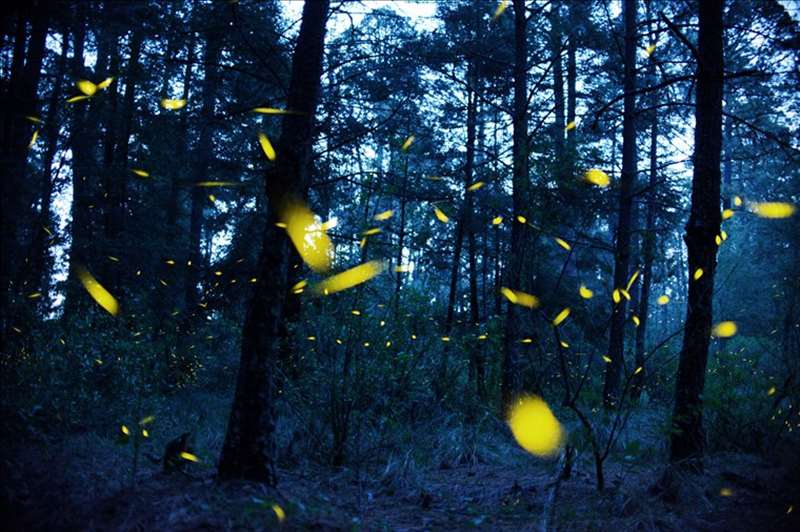 Two new studies underline the unintended effects on insects of artificial light at night, and add to broader concerns that our understanding of humanity’s impact on nature is still a work in progress.

One of the studies describes how a “biblical plague” of grasshoppers in 2019 was drawn to the bright city lights of Las Vegas. The other suggests that human-made lighting at night could affect the love lives of fireflies – and perhaps even hinder their ability to mate and survive as a species.

“Even after all these years, the first time I see fireflies each year I’m always so taken with it,” says Avalon Owens, an entomologist at Tufts University. “Their display looks so magical.”

Owens has studied the flashing of fireflies for almost a decade, from summer-night displays in North America to the subtropical island of Taiwan, where fireflies can be seen throughout the year and are associated with the spirits of ancestors.

That finding will dismay environmentalists who’ve proposed amber lighting for streets and parks at night, because it’s thought to have less impact on wildlife than regular lights. But that doesn’t seem to be the case.

“There is no color of light that’s perfect,” Owens said. Instead, “we should focus on minimizing the time that lights are on and how bright they are.”

She suggests outside lights should be fitted with motion sensors that can’t be triggered by fireflies, or with timers to shut them off when no humans are around. People who venture out to look for fireflies could use a dim red flashlight – the color found to have the least impact – and turn it off when they find them, she said.

Elske Tielens, the lead author of the study and an insect ecologist at the University of Oklahoma, said it was one of the first times that the large-scale effects of artificial lights on insects had been documented.

“This knowledge can help researchers both conserve our diverse world of insects, as well as manage important pest species,” Tielens said.

And energy-efficient LED lights could be making things worse: “Unfortunately the short wavelength of LED lights is actually more attractive to insects,” Tielens said in an email. “That doesn’t mean we should or shouldn’t use LEDs, but it is important to know the trade-offs and effects on our natural world.”

“There is now much more than just whether or not we can see the stars."

“Wherever researchers have looked at the effects of light at night on individual species, in almost every situation it is usually negative,” he said.

Scientists can’t yet quantify exactly how light pollution affects wildlife species, but it could either draw them or drive them away from their usual activities, such as finding food or mates, he said.

“There is now much more than just whether or not we can see the stars,” he said. “We are finding that it has all of these other impacts in other areas.”

Tom Metcalfe writes about science and space for NBC News.