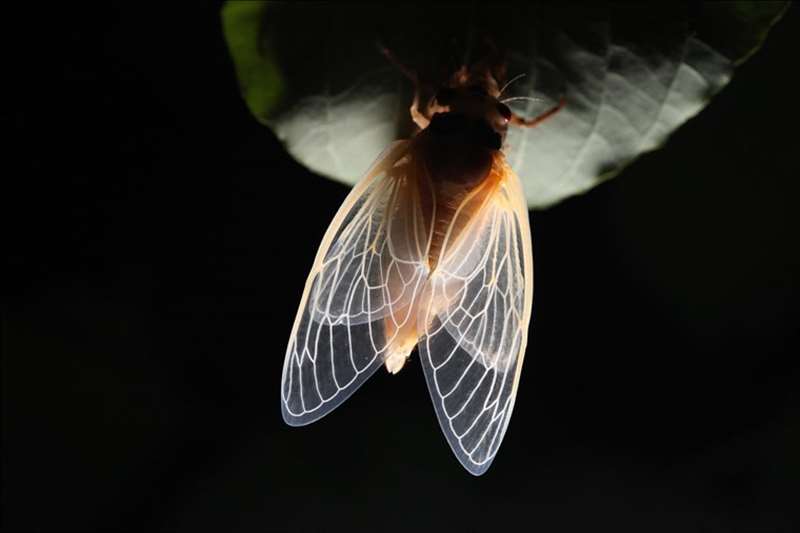 In a few weeks, a natural spectacle will take place across much of the United States — one that is not found anywhere else in the world. Billions of cicadas that have spent years patiently growing in complete darkness⁠⁠ will finally emerge, perfectly in sync, for a raucous party in the sun.

It’s been 17 years, and the periodical insects, also known as Brood X, are back.

When the world last glimpsed the cicadas, Facebook was brand new, theaters were showing “Spider-Man 2,” and the 2004 Summer Olympics were underway.

Beginning in late April or early May, once the ground is warm enough, billions of Brood X cicadas will be seen across a dozen states⁠, stretching from Illinois to the west, Georgia to the south, and New York to the northeast⁠. The young cicadas, called “nymphs,” claw their way out of the ground and climb up to shed their skins one last time and transform into adults. They will have only a few weeks to sing, mate and begin the cycle again.

However, the group’s other name, The Great Eastern Brood, is far more descriptive.

Most of the world’s over 3,000 species of cicada don’t make quite as dramatic an entrance. While they take two to five years to grow up, at least some adults of these annual species show up every summer, and in much smaller numbers.

The second reason has to do with their survival strategy above the ground. They don’t have one.

In the natural sciences, it’s called “predator satiation.” After a certain point, even the hungriest predators wont physically be able to eat any more. But without a big synchronized group, the plan falls apart.

“That favored individuals that came out together, because they survived better,” Simon said.

Not all nymphs grow at the same rate. For example, one feeding from a tree that had a bad year will need more time. But if all the cicadas wait the full 17 years, it allows the unlucky ones to catch up and bolster the group’s numbers.

“Then, there’s a kind of feedback loop,” Simon said. “If they come out on other years … they’ll get eaten by predators. And they also won’t be able to find mates.”

Despite their seemingly endless numbers, the periodical cicadas are far from invincible.

Two broods, XI and XXI, have gone extinct, and a third, Brood VII, is currently declining. Cicadas need trees to lay eggs in and feed upon, so deforestation is devastating for them.

Periodical cicadas are a crucial part of the ecosystem. The nymphs are food for animals living underground, and the adults feed every carnivore in the area. Even the many uneaten cicadas give back to the trees⁠ — as  they decay. They become “basically fertilizer,” Kasson said.

Simon and Kasson said they hope that people will choose to venture out and observe Brood X while they have a chance.

Thousands of small animals buzzing about may feel overwhelming or uncomfortable to some. But the cicadas are harmless and, according to Simon, a bit goofy.

“Cicadas are very gentle; they don’t bite or sting. They’re not attracted to people; they’re attracted to noises,” she explained.

For the cicada-curious, it’s easy to get involved.

By uploading photos of the cicadas and recordings of their songs, members of the public can help map out the range of Brood X, track their population, and discover firsthand what Simon calls “one of the seven wonders of the natural insect world.”