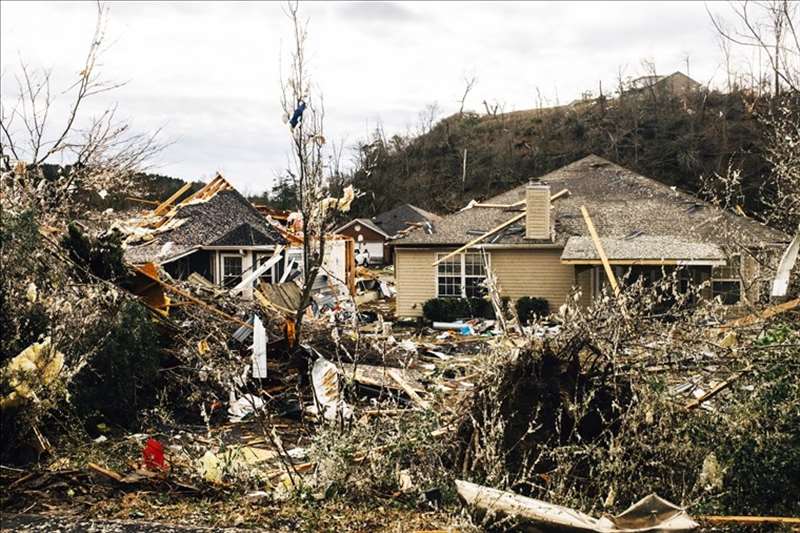 After getting off to a relatively quiet start, tornado season in the United States is picking up steam, with experts predicting that conditions are ripe for a supercharged storm season.

The most significant driver of this uptick in activity is La Niña, Gensini said, which is characterized by cooler-than-average waters off the western coast of South America that then influence weather patterns around the world.

La Niña — similar to its counterpart, El Niño — affects the positioning of the jet stream, a ribbon of fast-moving air that is powered by temperature differences between the cooler polar region to the north and warmer air masses to the south.

A wavier jet stream also boosts wind shear, which is the change in wind speed and direction with height in the atmosphere. All these ingredients combined can result in powerful thunderstorms, Houser said.

“People always want something concrete to compare things to, but if you put all the models together, the most accurate estimate is that we probably won’t have quite as severe a La Niña event as we saw in 2011,” she said. “Drought cycles also play a very strong role in governing tornado events, and we have dryer conditions this year than we had in 2011.”

There are also some early indications that La Niña may start weakening in the late spring and early summer, Houser said.

But La Niña is not the only thing meteorologists are monitoring. A cycle known as the Madden-Julian Oscillation, a tropical weather pattern that recurs every 30 to 60 days, may also enhance or mitigate tornado activity across the country, Gensini said. Fluctuations associated with the Madden-Julian Oscillation can influence climate and weather events around the world, including the frequency of tornadoes, floods and tropical cyclones.

“It’s not as easy as pointing to one thing that’s the culprit,” Gensini said. “It’s like how there are a lot of different instruments playing in an orchestra and at any given time, any of those instruments can be playing louder than the others.”

Also challenging is singling out the importance of any one of those factors at play. This can make it hard for scientists to tease out precisely how climate change, for instance, is affecting tornado seasons.

Studies have shown that global warming is increasing the number of days with atmospheric instability that could give rise to storms. But at the same time, strong wind shear is forecasted to decrease in a warming climate, said William Gallus, a professor of meteorology at Iowa State University.

“The net effect is that on the days that have a lot of energy for thunderstorms, the atmosphere is able to come up with enough wind shear to create environments that look like they could lead to more intense tornado outbreaks,” Gallus said.

In other words, climate change is not necessarily fueling more tornado outbreaks on more days, but rather loading the dice for more intense outbreaks and storms to occur on days when conditions are favorable.

With this year’s forecast calling for an active tornado season, Gensini warned that people should make preparations early, particularly those who are in vulnerable housing situations.

“Regardless of El Niño or La Niña and all the other moving parts, it only takes one tornado to make for a really bad day,” he said. “We’re saying it’s going to be an above average year, but any tornado is a bad tornado if it injures or kills somebody.”

Kathryn Prociv is a meteorologist and producer for NBC News.