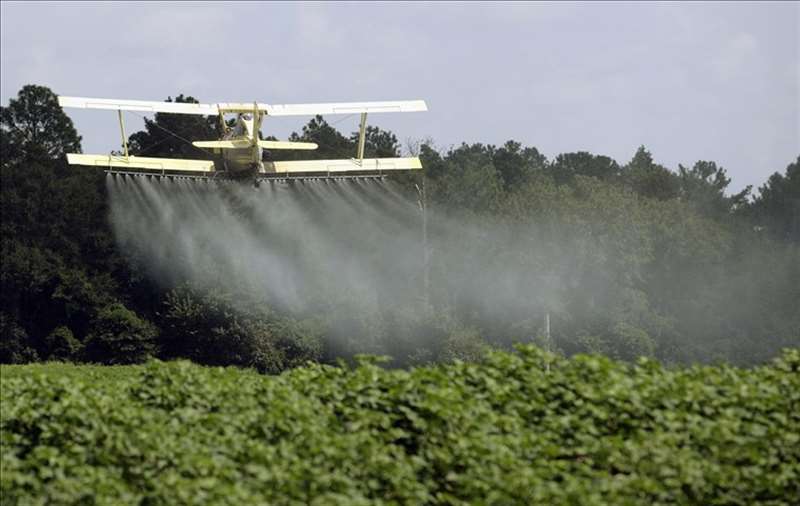 American farmers are using smaller amounts of better targeted pesticides, but these are harming pollinators, aquatic insects and some plants far more than decades ago, a new study finds.

German scientists examined 381 pesticides used in the United States between 1992 and 2016, combining EPA data that calculates toxic dosage effects for eight types of animals and plants with U.S. Geological Survey data on how much of the chemicals were used year by year for dozens of agricultural crops. The scientists calculated a new measurement they call total applied toxicity for the eight groupings of species and trends over time.

“Very often politicians, media, scientists just talk about amounts. They always argue ‘OK, the amount pesticides we use is reduced so things are getting better’ and this is not necessarily true,” said lead author Ralf Schulz, a professor of environmental sciences at the University of Kolenz-Landau. “It’s sometimes true, but not always,”

The newer pesticides are aimed more toward animals without backbones to spare birds and mammals, but this means insects such as pollinators get poisoned, Schulz said.

The same goes for some land plants and for aquatic invertebrates including dragonflies and mayflies, which birds and mammals eat, he said, adding that future studies should look at the harm higher up the food chain.

Novak noted pesticides go through extensive studies and “only one in 10,000 discoveries make the 11-year journey from the lab to the market.”