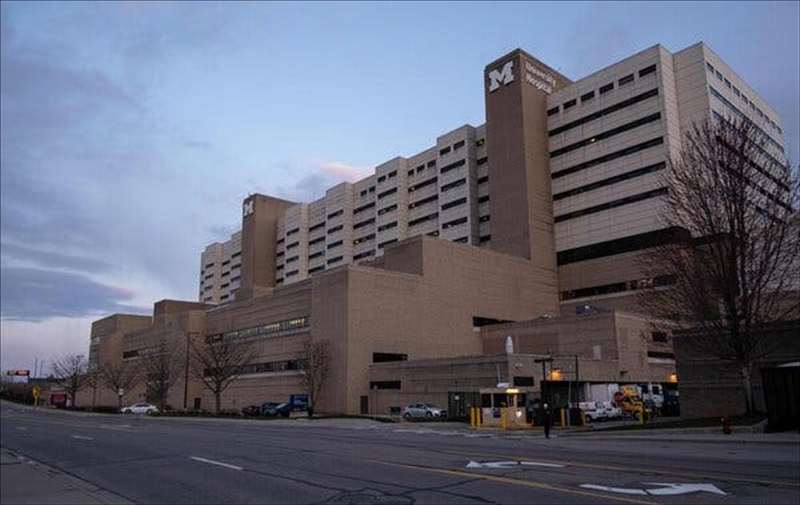 In what appears to be the first case of its kind, a pair of donated lungs led to Covid-19 in an organ recipient, according to doctors at the University of Michigan.

A woman in Michigan died 61 days after she received a pair of lungs from an organ donor who had been infected with the coronavirus, according to a case report published this month.

There was no indication that the donor, a woman fatally injured in a car accident, had Covid-19. A radiograph of her chest had seemed clear, and a nasal-swab test for the coronavirus had returned a negative result.

But the doctors who worked with the lung recipient at University Hospital in Ann Arbor, Mich., last fall began to question those results when their patient’s condition worsened. They concluded that the donor did indeed have Covid-19 — and that her lungs had infected not only the transplant patient, but also the surgeon.

“We want the transplant community to be aware that this can happen, and also that there may be things we can do to improve our success in screening patients for Covid,” said the surgeon, Dr. Jules Lin, an author of the report and the surgical director of the lung transplant program at Michigan Medicine, the health system of the University of Michigan.

Dr. David Klassen, the chief medical officer at the United Network for Organ Sharing, the nonprofit organization that manages the nation’s organ transplant system, said the case in Michigan was “very significant” despite its rarity.

“We want to minimize any chances of this reoccurring,” he said.

The Association of Organ Procurement Organizations referred questions to Gift of Life Michigan, which was not involved in this case. Its chief clinical officer, Bruce Nicely, said that many labs had refused to run samples from the lower lungs early in the pandemic, fearing that the procedure could contribute to the spread of the coronavirus.

“In response to the recommendations of the study, we are all for recommendations that improve safety and reduce the risk of infection,” Mr. Nicely said, adding that his organization has found a laboratory partner that is able to conduct testing of the lower respiratory tract.

When organs become available, time is of the essence. Some health facilities don’t have the resources to test donors’ lower respiratory tracts quickly for Covid-19. Given those constraints, there is no requirement that lung donors be tested this way.

“We could mandate it,” Dr. Klassen said. “But that might have the downstream effect of severely limiting the lungs that could be used for transplantation.”

“It’s important to emphasize that this is, fortunately, a rare event,” said Dr. Daniel R. Kaul, an author of the study and an infectious disease specialist at Michigan Medicine. The case, he said, should not dissuade people from getting transplants that could save their lives.

He added that the organ recipient, who had suffered from chronic obstructive lung disease, appeared to have had a successful operation until her condition worsened a few days later.

“All of a sudden, she had fever, low blood pressure, pneumonia,” Dr. Kaul said. “I wasn’t sure what was going on.”

As it turned out, they had exactly what they needed: a specimen from the deceased woman’s lower respiratory tract. Michigan Medicine regularly collects such samples from lung donors to test them — not for Covid-19, but for ureaplasma, bacteria that can cause a rare syndrome.

So had Dr. Lin, who had been wearing a surgical mask during the transplant operation. (The report he co-wrote recommends that transplant centers consider the benefits of wearing N95 masks throughout the hourslong procedure, even if the donor has tested negative for the coronavirus.) He spent a couple of weeks recovering from the infection at home, he said, adding that the infection had not spread to his colleagues or his family members.

The patient, vulnerable in the wake of a major operation, did not recover despite doctors’ attempts to save her with a series of treatments including convalescent plasma, steroids and remdesivir. The doctors now hope that her case report will persuade more medical professionals to strengthen their coronavirus testing standards for organ donors, despite the logistical difficulties.

“I think these are barriers that we have to work to overcome,” Dr. Lin said, “for the safety of our patients.”