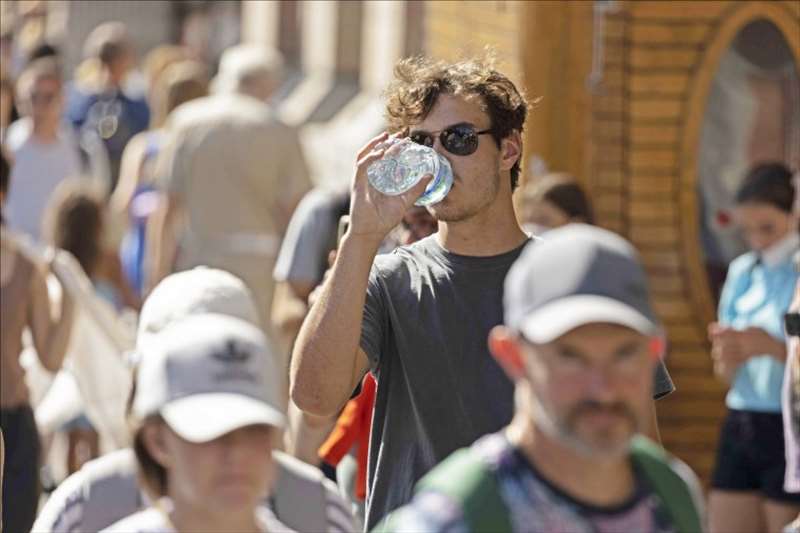 The Met Office weather agency said the provisional annual average temperature in the U.K. was 10.03 degrees Celsius (50 Fahrenheit), the highest since comparable records began in 1884. The previous record was 9.88 Celsius (49.8 Fahrenheit) set in 2014.

“The results showed that recording 10C in a natural climate would occur around once every 500 years, whereas in our current climate it could be as frequently as once every three to four years,” said Met Office climate attribution scientist Nikos Christidis.

Britain is not alone. France’s average temperature was above 14 Celsius (57.2 Fahrenheit) in 2022, making it the hottest year since weather readings began in 1900. Switzerland’s meteorological service said the alpine nation’s annual average temperature of 7.4 Celsius (45,3 Fahrenheit) was “by far the highest value since measurements began in 1864.”

Spain also had its hottest year since records started in 1961, according to the national weather agency Aemet, with an average daily temperature of 15.4 Celsius (59.7 Fahrenheit). It said the four hottest years on record for the southern European country have all come since 2015.

Last year saw summer drought and heat waves across much of Europe, with the temperature in Britain rising above 40 degrees Celsius (104 Fahrenheit) for the first time on record. Norway’s Svalbard islands in the Arctic had their warmest summer in more than a century of record-keeping. The archipelago’s average temperature for June, July and August was 7.4 Celsius (45.3 Fahrenheit), the Norwegian Meteorological Institute said.

Autumn brought more heavy rain in parts of Europe, including the mountainous Italian island of Ischia, where downpours in November triggered a massive landslide that pushed cars and buildings into the sea and killed at least a dozen people.

In Germany, the year ended with the warmest New Year’s Eve on record, with temperatures reaching 20 Celsius (68 Fahrenheit) in the south of the country. Belarus, Belgium, Czechia, Latvia, Poland and the Netherlands all set national record daily highs for Dec. 31 or Jan. 1.

In Bosnia, spring-like weather has foiled even artificial snow — either it’s too warm to make it, or it melts soon after being spat out onto the slopes. Along the slopes in Bjelasnica near Sarajevo on Wednesday, snow accumulation amounted to little more than several white patches on an otherwise grassy landscape of brown and green.