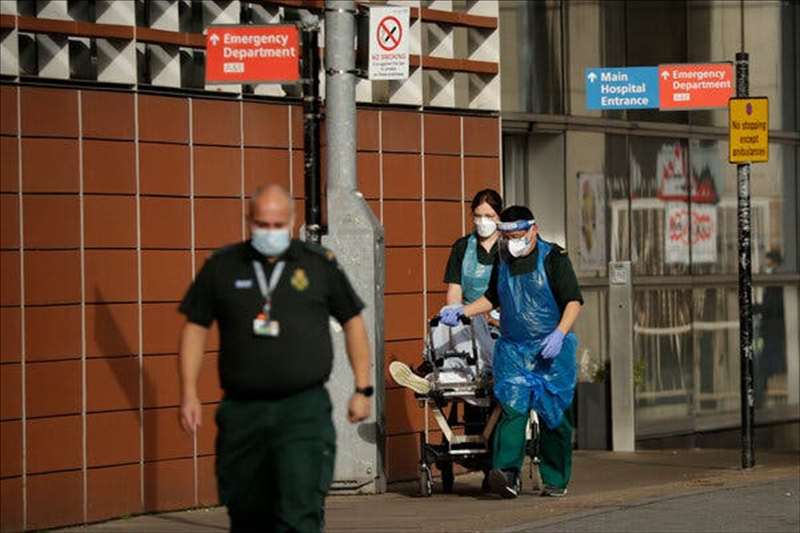 New research finds that the British variant is “likely” to be linked to a higher risk of hospitalization and death, laying bare the danger facing countries that ease restrictions.

The reasons for an elevated death rate are not entirely clear. Some evidence suggests that people infected with the variant may have higher viral loads, a feature that could not only make the virus more contagious but also potentially undermine the effectiveness of certain treatments.

But scientists are also trying to understand how much of the increased risk of death may stem from the propensity of the variant to spread very easily through settings like nursing homes, where people are already vulnerable.

No matter the explanation, scientific advisers to the British government said on Saturday, the new findings laid bare the dangers of countries easing restrictions as the variant takes hold.

“The overall picture is one of something like a 40 to 60 percent increase in hospitalization risk, and risk of death,” Neil Ferguson, an epidemiologist and scientific adviser to the British government, said in an interview on Saturday. Referring to the tight restrictions on socializing that are in effect across Britain, he said, “It reinforces the policy measures in place.”

Most Covid-19 cases, even those caused by the new variant, are not fatal. And the government scientists were relying on studies that examined a small proportion of overall deaths.

The scientists also struggled to account for the presence of underlying illnesses in people infected with the new variant, and for whether the cases originated in nursing homes.

They were largely limited to studying people who had tested positive for the virus at community testing sites, rather than in hospitals. A quirk of hospital tests means that many cannot detect an altered gene that is often used as a proxy for the variant.

Over all, the government scientists’ assessment that the variant was “likely” to be linked to a higher risk of death still only signaled 55 to 75 percent confidence in the finding.

“I think these results are possibly genuine, although there are still several limitations and we need to understand what causes it,” said Muge Cevik, an infectious disease expert at the University of St. Andrews in Scotland and a scientific adviser to the British government.

She added that “there are other explanations of this increased severity,” among them that the variant may “transmit disproportionately in settings with frailer people,” like nursing homes, because it is more transmissible.

The biggest danger of the new variant remains its propensity to spread: It is thought to be 30 to 50 percent more transmissible, though some scientists put the figure higher than that.

Since the first sample of the variant was collected in southeastern England in September, it has become the dominant source of infection in Britain. It now accounts for more than 90 percent of cases in many parts of the country.

“This has been quite catastrophic in terms of mortality,” said Dr. Ferguson, the epidemiologist. “And that’s a result of both the increased transmissibility, and the increased lethality.”

“Calculating when we can lift restrictions has to be influenced by this,” Simon Clarke, an associate professor in cellular microbiology at the University of Reading, said of the new report. “It provides extra evidence that this variant is more lethal than the one we dealt with last time.”

He added that the findings vindicated the British government’s decision to raise an alarm about the variant in December and then publish evidence last month that it was potentially more lethal. Some outside scientists initially dismissed the warnings.

“They didn’t hold the data back,” Professor Clarke said. “They were very up front about how uncertain things were.”