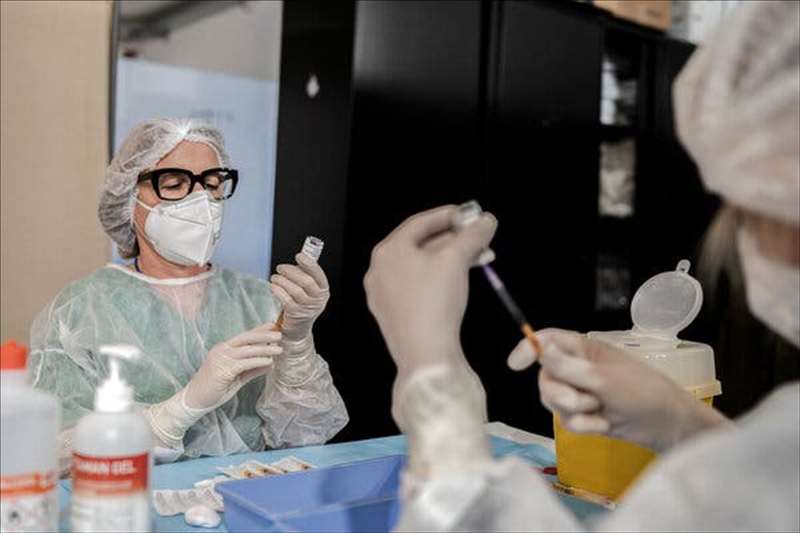 According to federal officials, an independent panel of medical experts said the promising results announced by the company on Monday may have relied on “outdated information.”

Federal health officials said Tuesday that the encouraging results that AstraZeneca announced about its Covid-19 vaccine may have been based on outdated and incomplete information about the vaccine’s effectiveness, an extraordinary blow to the credibility of an already embattled vaccine.

The public airing of a conflict between a pharmaceutical company and a board overseeing a clinical trial is highly unusual. It is almost certain to trigger extra scrutiny of the vaccine by the Food and Drug Administration and other regulators if AstraZeneca seeks emergency authorization of its vaccine in the United States.

The friction with the independent monitoring board revolved around how AstraZeneca was determining whether participants in the clinical trial had possible or actual cases of Covid-19, according to a person familiar with the situation. The independent monitoring board twice pushed AstraZeneca to take a more rigorous approach, telling the company it had sufficient information to determine how many trial participants had the disease. That had the potential to reduce the vaccine’s apparent effectiveness.

But AstraZeneca unveiled its interim results on Monday without conducting the full analysis the board requested, possibly casting its vaccine in an overly favorable light.

The news sent AstraZeneca shares up about 4 percent on Monday.

But members of the independent monitoring board were surprised by the company’s announcement. “They got concerned and wrote a rather harsh note to them and with a copy to me, saying that in fact they felt that the data that was in the press release were somewhat outdated and might in fact be misleading a bit and wanted them to straighten it out,” said Dr. Fauci, who runs the National Institute of Allergy and Infectious Diseases.

That prompted the overnight statement from the infectious-disease institute, which is part of the National Institutes of Health.

Companies sponsoring drug or vaccine trials typically wait for the monitoring board to review analyses and conclude that the study has yielded an answer before they announce trial results.

An AstraZeneca spokeswoman, whom the company declined to name, said on Friday that it was “completely incorrect” that the trial data had formatting problems or had not been submitted to the monitoring board in a clean fashion.

“As is often the case,” the spokeswoman said, monitoring boards “can request new or clarifying analyses of data from the trial. This would enable them to ensure the robustness of their determinations.”

The national institute’s statement, issued shortly after midnight, stunned experts. Dr. Eric Topol, a clinical trials expert at Scripps Research in San Diego, said it was “highly irregular” to see such a public display of friction between a monitoring board and a study sponsor, which are typically in close concordance.

“I’ve never seen anything like this,” he said. “It’s so, so troubling.”

That U.S. trial, which involved more than 32,000 participants, was the largest test of its kind for the shot. The results AstraZeneca released on Monday were from an interim look at the data after 141 Covid-19 cases had turned up among volunteers.

The company had not disclosed until Tuesday how up-to-date those data were. That information is important, because sometimes a more current look at clinical trial results can present a different effectiveness and safety.

If the analysis was conducted on data from a month or two ago, it is possible that a more current look would present a different picture of the vaccine’s effectiveness and safety. The company has said it will provide the F.D.A. with a more comprehensive, recent set of data than what it disclosed on Monday. Although no clinical trial is large enough to rule out extremely rare side effects, AstraZeneca reported that its study turned up no serious safety issues.

Even so, the better-than-expected results were seen as a heartening turn for AstraZeneca’s shot, whose low cost and simple storage requirements have made it a vital piece of the drive to vaccinate the world.

AstraZeneca said on Monday that it would continue to analyze the new data and prepare to apply in the coming weeks for emergency authorization in the United States. The vaccine has already been approved in more than 70 countries, but clearance from American regulators would bolster its global reputation.

Last summer, at least some top F.D.A. officials learned only from news reports that AstraZeneca had paused its Phase 2/3 vaccine trial in Britain after a participant developed neurological symptoms. Then in September, after another participant in the British study fell ill with similar symptoms, AstraZeneca halted its trials globally but failed to promptly notify the U.S. authorities.

The U.S. study was ultimately paused for seven weeks last fall, in part because AstraZeneca was slow to provide the F.D.A. with evidence that the vaccine had not caused the neurological symptoms. Investigators ultimately concluded that the illnesses could not be linked to the vaccine. Still, the delay was a key reason that AstraZeneca fell so far behind the three other manufacturers whose vaccines have been granted emergency authorization in the United States.