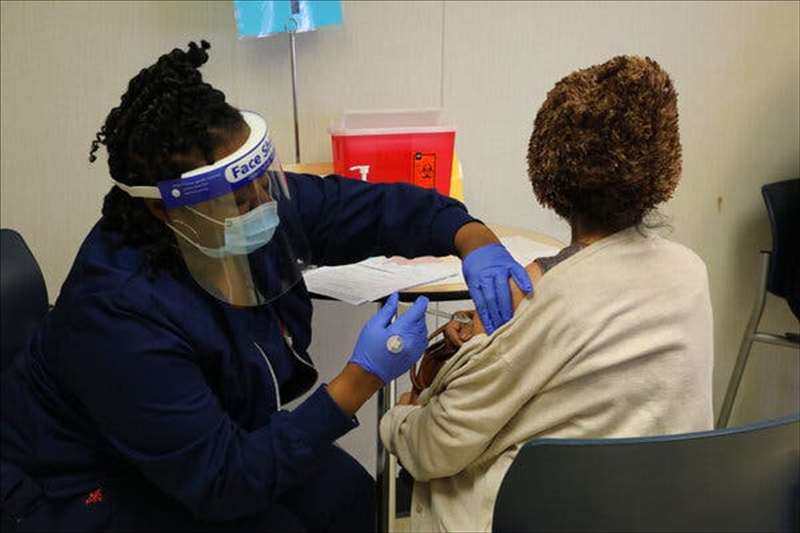 “Breakthrough” cases, though quite uncommon, are a sharp reminder that vaccinated people should wear masks while the virus is circulating widely.

More than two months after he was fully vaccinated against Covid, a doctor in New York woke up with a headache and a dull, heavy feeling of fatigue. A fever and chills soon followed, and his senses of taste and smell began to fade.

This, he thought, could not be happening. But it was: He tested positive for the coronavirus.

“It was a huge shock,” he said. He knew that no vaccine was perfect and that the Pfizer-BioNTech shots he received had been found 95 percent effective in a large clinical trial. “But somehow in my mind, it was 100 percent,” he said.

The doctor, who requested anonymity to protect his privacy, is among the few reported cases of people who have been infected after being partly or even fully vaccinated. Nearly 83 million Americans have received at least one dose of a Covid vaccine, and it’s unclear just how many of them will have a “breakthrough” infection, though two new reports suggest the number is very small.

One study found that just four out of 8,121 fully vaccinated employees at the University of Texas Southwestern Medical Center in Dallas became infected. The other found that only seven out of 14,990 workers at UC San Diego Health and the David Geffen School of Medicine at the University of California, Los Angeles tested positive two or more weeks after receiving a second dose of either the Pfizer-BioNTech or Moderna vaccines. Both reports, published on Tuesday in the New England Journal of Medicine, show how well the vaccines work in the real world, and during a period of intense transmission.

But these breakthrough cases, though quite rare, are a sharp reminder that vaccinated people are not invincible, especially when the virus continues to circulate widely.

“We felt really strongly that this data should not lead people to say, ‘Let’s all get vaccinated and then we can all stop wearing masks,’” said Dr. Francesca J. Torriani, an infectious disease specialist at UC San Diego Health who led the California study. “These measures have to continue until a larger segment of the population is vaccinated.”

Only some of the virus-positive health workers in the California study showed symptoms, she said, and they tended to be mild, suggesting that the vaccines were protective. That echoes data from the vaccine trials indicating that breakthrough infections were mild and did not require hospitalizations. Some people had no symptoms at all, and were discovered only through testing in studies or as part of their medical care.

For example, doctors at the University of North Carolina found a few asymptomatic cases in vaccinated patients who were tested for the coronavirus ahead of surgery or other medical procedures, according to Dr. David Wohl, the medical director of that center’s vaccine clinic.

He said the absence of symptoms may have meant that the vaccine was doing exactly what it is supposed to do: prevent people from getting sick, even if it does not fully block the virus from infecting them.

The Centers for Disease Control and Prevention has a small team studying breakthrough cases, said an agency spokeswoman, Kristen Nordlund. One question the researchers are considering is whether particular variants of the coronavirus might play a role in breakthrough cases.

“Currently, there is no evidence that Covid-19 after vaccination is occurring because of changes in the virus,” Ms. Nordlund said.

In the next few months, Pfizer and Moderna are expected to release data that should indicate how often vaccinated people become infected by the virus, even if they have no symptoms. The companies have been testing participants in their vaccine trials for antibodies to a protein called N that is part of the coronavirus but not part of the vaccine. Finding those antibodies means that a vaccinated person has been infected by the virus. Some volunteers from the studies are also having their noses swabbed regularly to test for an active viral infection.

Another question is how effective the vaccines are in people whose immune systems have been weakened by illness or medications, said Dr. William Schaffner, an infectious disease expert at Vanderbilt University. Breakthrough cases might occur in those people because their bodies cannot produce a robust reaction to a vaccine.

“And it is amazing how pervasive immunocompromise is,” Dr. Schaffner said. He called the condition “a testament to modern medicine,” because many patients with it are being treated successfully for conditions that not so long ago would have killed them.

The doctor who became ill in New York despite full vaccination stayed in isolation at home for nearly two weeks. He described his illness as relatively mild, and said he was treated with monoclonal antibodies to fight the virus. “If the worst flu is a 10, this was a four,” he said.

Without the vaccine, he said, he believes he would have been sicker.

“I would have been in fear for my mortality,” he said. “But I didn’t have a moment’s anxiety. I did not think I was going to die. Thinking you’re not going to die — that’s a pretty big thing.”