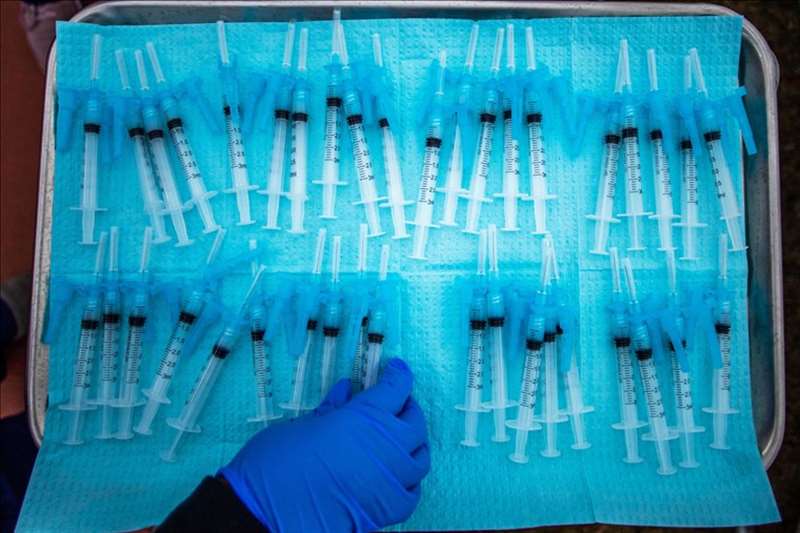 Last week, the Biden administration rejected Texas’s request to open a federal vaccination center in San Antonio — a majority-Hispanic city that is the nation’s seventh largest — because the state already has mega-sites in Dallas, Arlington and Houston.

The majority-black District of Columbia, which is America’s 20th-largest city, was recently turned down because it ranks behind most states in overall population.

Additionally, the selection process for 21 federally run sites has left many high-risk areas in the hands of state and local governments, and the White House has not been able to fully track demographic data for the small fraction of Americans who have been injected at those hubs.

Federal officials say that about 60 percent of the 1.7 million doses of vaccine injected at federal centers went into the arms of people of color. But Bob Fenton, the acting administrator of the Federal Emergency Management Agency, acknowledged Friday that the picture is incomplete.

“We’re getting demographic data and people are providing that for about 78.1 percent of the doses that we provide,” Fenton said in a conference call with reporters. Those figures don’t include data for more than 100 million doses administered through pharmacies or state and local governments.

The federally run centers are a complement to doses of vaccine the administration is distributing to state governments for injection into patients. The administration opened these centers to offset inequality in the distribution of vaccines to communities that were disproportionately affected by the coronavirus.

In opening its own vaccination centers, the federal government went down a list of states in order of population, starting with California, Texas and Florida last month. The most recently initiated sites are in Michigan and Georgia. Each state is allotted 12,000 doses of vaccine per day for its federal centers. California split that up into two 6,000-shots-a-day locations, while New York has half a dozen federally operated centers that each administer fewer shots, Florida has four and Texas has three.

Within each state, FEMA and state officials identified counties in which to locate federal centers based on population and a Centers for Disease Control and Prevention formula called the socially vulnerable index.

The SVI uses information on income, age, race, ethnicity and other factors to determine which areas have the populations most vulnerable to disease. In New York, the federal and state governments fought over where to put four centers, with the administration eventually yielding to the state’s requests after altering the use of its formula to focus on census tracts rather than county demographics.

Collecting data has been a challenge for federal officials, even though registration forms ask patients to fill out information on date of birth, race, ethnicity and other data.

“All the applications systems and all the systems that are being used to collect data are state or county tools,” Fenton said. He added that the federal government is trying to work with state and local partners to improve reporting. “I would assume that the data is available through the states based on their requirements to report the data.”

But the data are a patchwork. The federal vaccination center in Cleveland has administered more than 52,000 doses of vaccine since mid-February, but officials in Ohio declined to provide a demographic breakdown for NBC News.

The community vaccine clinics in Oakland and Los Angeles have drive through, walk up and mobile vaccine options. Of the 442,082 Californians vaccinated, 24,500 identified as Black or African American, 97,259 as Asian, and 137,954 as Latino. Forty percent of Californians are Latino, but only 31 percent of those vaccinated at the federal shot centers are Latino.

In Arlington, Texas, just 11 percent of the 80,000-plus vaccinations went to Black people, compared to a share of the city’s population that is 22 percent Black.

The vaccines administered at the 21 federal sites — a set that administration officials say will expand to 36 in the next few weeks — account for 1.3 percent of the total shots given in the U.S. Officials at the White House, FEMA and the CDC have declined to provide NBC News with demographic information for each of the federally run sites.

Laura Strickler is an investigative producer in the NBC News Investigative Unit based in Washington.

Jonathan Allen is a senior national politics reporter for NBC News, based in Washington.