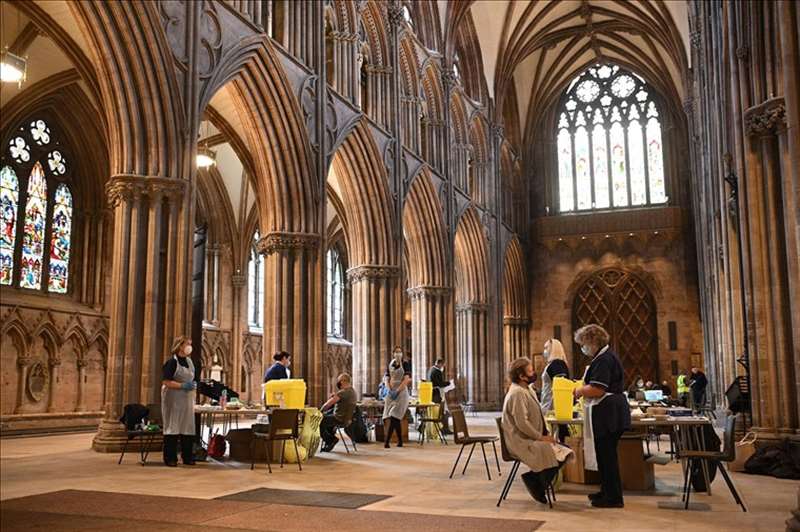 “If trade restrictions and other supply-side bottlenecks prevent universal coverage, then this would indeed make us all less safe,” said Rob Yates, director of the global health program at the Chatham House think tank in London.

“With new variants coming along which may require a new booster vaccine, we may need to ensure universal coverage of these new vaccines on an annual basis.”

Export bans and conflict over vaccine distribution could only hinder these efforts.

“There is a connection with the vaccine coverage, because if you delay vaccine coverage, in time you create more opportunities for replication in large communities and emerging strains and variants,” said Dr. Antoine Flahault, director of the Institute of Global Health at the University of Geneva.

The U.S. and the U.K. are not known to have exported any vaccines. At the same time, manufacturers based in the E.U. have exported at least 41 million doses to 33 countries since the beginning of February, European Commission President Ursula von der Leyen said last week.

And any slowdown in the distribution of vaccines because of trade barriers could exacerbate the situation.

“Trade restrictions, to the extent that they actually impede a proper and orderly rollout of the vaccine internationally, could actually indirectly create more problems down the line by creating more variants that we don’t know how to deal with,” said Flavio Toxvaerd, an economic epidemiologist at the University of Cambridge.

According to Matt Linley, a senior analyst with Airfinity, a science analytics company, the supply of vaccines in the U.S. could also come under pressure if the E.U. enacts trade restrictions.

“There is the potential that countries start putting pressure on the U.S. to start releasing Pfizer doses and Moderna doses if they are not coming out of Europe,” he said.

For the moment, U.K. politicians this week stressed the need for international cooperation on vaccines, in what looked to be an effort to avoid an escalation of tensions with the E.U. But these trade pressures are likely to stick around for the foreseeable future, according to Yates of Chatham House.

“It’s not going to go away, particularly if we are looking at needing booster vaccines and new vaccines coming along,” he said. “This really could develop into a major issue for global health going forward.”

Rachel Elbaum is a London-based editor, producer and writer.