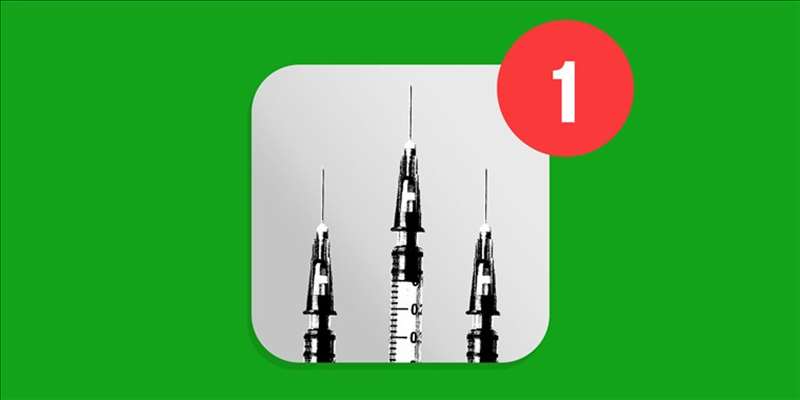 But thanks to the internet and a few lines of computer code, he was able to help him snag an appointment.

“My spouse was looking at their website and refreshing all the time, couldn’t get anything anywhere near San Antonio,” Ratigan said in a phone call.

Ratigan, 24, based in Chicago, wrote a program from his living room to send him an alert whenever an elusive spot opened up at HEB, the grocery and pharmacy chain that’s distributing many of Texas’ vaccines.

Not unlike the apps on your phone, programmers can write simple scripts that tell computers to automatically do things like look for appointments on websites and send them a text message when one appears.

“Just automatically open that URL, and you’ll probably be the fastest one there,” he said.

Ratigan is part of a boutique online community that has sprung up in recent months in which programmers come up with ways to give their friends and families an edge in getting vaccination appointments. Github, a website that serves as a repository for programmers to share their code, hosts dozens of uploaded scripts meant to help people secure vaccine slots.

But that doesn’t mean much for the general public. With vaccination websites already challenging for older people, programs like Ratigan’s are useful only to people who understand how to execute code or know someone who does.

“The system that’s been set up is one that’s going to have these problems,” Ratigan said. “If it’s purely online, you’ve already started in a world where elderly people who need the vaccine are disadvantaged at getting it.”

Some programs scrape individual state or pharmacy sites every few seconds for open slots. For Austin, Texas, where HEB is the primary vaccination provider, coders have written multiple programs and compare them on sites like Reddit. After Ratigan booked an appointment for his father-in-law, he searched Github for a script that scraped sites in New York, where his own father lives, and booked one for him.

Americans are getting vaccinated even faster than President Joe Biden promised in January. The country is on pace to distribute 150 million shots ahead of the proposed April 30 deadline, and Biden said this month that the White House would direct all states to make every adult eligible for the vaccines by May 1.But in practice, the shots are usually distributed by state facilities and pharmacies that require patients to sign up on websites that can quickly run out of slots, creating a digital divide in which Americans who aren’t tech-savvy or don’t have access to someone who is can have more trouble securing appointments.

That has led to plenty of frustration for people who are still spending hours refreshing vaccination websites.

For someone who can code in Python, a popular programming language that has a wide variety of uses and is easily readable to fellow coders, it was pretty simple: Ratigan inspected the HEB vaccination site, saw how the site’s code described a new appointment and wrote a quick script that pinged the site every few seconds and alerted him once a spot was available. He found one for his father-in-law in about an hour.

Matt Henze, an information technology engineer in Austin, knew from friends and family that it was hard to find an appointment through HEB. After co-workers told him they were using scripts to make the process easier, he started using one and booked an appointment for his parents and then appointments for other people he knew who were eligible.

“I’ve had multiple discussions with friends who have run it or are running it,” Henze said. “You think about morally is this OK? My thoughts on the whole thing is if you’re signing up people who legitimately are eligible, I don’t see a problem with it.”

Although the law around unauthorized web activity can be murky, it’s unlikely that the coders’ activity would get them in legal trouble, said Tor Ekeland, a lawyer in Brooklyn, New York, who specializes in defending people accused of computer crimes.

“Scraping data from public-facing servers that aren’t using any kind of authentication protocols, like usernames or passwords? They’re fine,” Ekeland said. “There’s generally a recognition that data-scraping is a huge component of our economy and our lives. We depend on it for our price information, for news, for communications in our social networks.”

Some programmers have used scripts to scrape vaccination information to create public portals for large populations, like the NYC Vaccine List. But a number of programmers, mindful that a system that makes it easier to get a vaccination appointment if you know someone who can code is fundamentally unfair, keep their operations small.

For Jonathan Ho, a computer scientist in Maryland, writing code that pulls data from websites comes naturally, given the work he did in graduate school. When he realized his parents had given up trying to book an appointment because they couldn’t find one online, he quickly wrote a program to find them one.

“Some places I’ve seen go as fast as 5-10 minutes,” Ho said. “I asked them ‘Have you been able to get an appointment?’ And they’d say ‘Oh no, they go so quickly,’” he said. “It seemed to me the key is they go so quickly just to know right where appointments are as soon as possible.”

Ho wrote a program to send a text alert when sites like CVS’ or the Massachusetts state signup page get openings. Concerned about the ethics of using his skill set to get a vaccination appointment for his parents while knowing that other older folks might not have the same advantage, he tailored it to search only a small area in the state’s three-county Pioneer Valley region.

“It was something that to be honest I felt a little ethically complicated about,” Ho said. “Those skill sets are going to be highly concentrated toward people who are already receiving a higher rate of vaccination, people who are educated or in wealthier socioeconomic groups.”

So Ho found a middle ground: His program scrapes several vaccination appointment sites but doesn’t overwhelm them with traffic, and he keeps a public Twitter account, @ValleyVax, that points out availability in a three-county region. It has only a handful of followers, but that’s because people tend to unfollow it once they’ve gotten their shots.

“I don’t want to just hoard the information,” he said. “It feels wrong.”