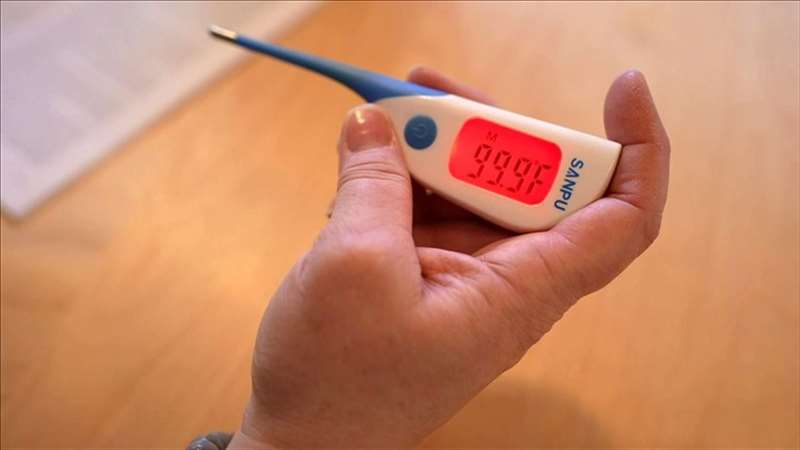 Kelly Marcilliat realized something was terribly wrong with his thinking on a drive last summer.

He’d pulled up to a four-way stop — a situation Marcilliat, 55, of Denver, had been in thousands of times before. This time, however, he couldn’t figure out when it was his turn to go.

“I sat there looking at the intersection,” Marcilliat said, “wondering, ‘What the hell do I do?'”

The cognitive problems popped up months after he first became ill with Covid-19, blindsiding him.

“When I was at my sickest from the virus, initially, I didn’t feel dopey-headed. I just felt exhausted,” he said.

Natalie Lambert, an associate research professor at Indiana University School of Medicine, surveyed thousands of “long-hauler” Covid-19 patients, finding that specific symptoms tend to emerge at regular intervals — usually a week or 10 days — resulting in what she calls “waves of symptoms.”

More research is needed to confirm the results, which have not been published in a medical journal or posted to a preprint server. But the early findings, which were shared with NBC News, could give clinicians insights into treating long-haulers more effectively and perhaps even preventing debilitating symptoms.

“Any time we can predict the course of the disease, it offers us the ability to mitigate problems,” said Walker, who was not involved in the research.

In the survey, Lambert asked patients what symptoms they had and approximately how long after their illnesses they had begun.

“The first wave is clearly the more flu-like symptoms,” such as fatigue, headache, fever and chills, she said. “Then it seems like diarrhea, nausea and vomiting are five days later, typically.”

The new waves don’t mean the previous symptoms disappear; those symptoms can linger, or they may fade and re-emerge later.

Fifteen days into illness, yet another wave of new symptoms: high or low blood pressure, heart palpitations, a tendency to faint.

That is, there is no way to tell early on whether a patient might become a long-hauler. In fact, there are still no standard criteria to define or diagnose long-haulers. Symptoms may come and go, or they may last for months.

“Once they start having symptoms past, like, six to eight weeks, people start getting real worried,” said Keith, who was not involved with Lambert’s research.

Dr. Michele Longo, an assistant professor of neurology at Tulane University in New Orleans who works with long-haulers, said the neurologic symptoms listed in Lambert’s survey are, indeed, “most commonly reported by patients” in her clinic.

“Why there seems to be a predilection for neurologic symptoms in the post-acute sequelae of Covid infection remains to be understood,” said Longo, who was not involved with the research. (“Sequelae” is a Latin word that refers to conditions that occur following a disease.)

Keith agreed. “If we can define the pathways that are contributing to this from a scientific standpoint,” she said, “we can think about how to talk therapies and hope.”

“It’s extremely unsettling to not be able to tell yourself why something is happening to you,” Marcilliat said. “It gives you a feeling of complete lack of control, like you’re a leaf in the wind.”