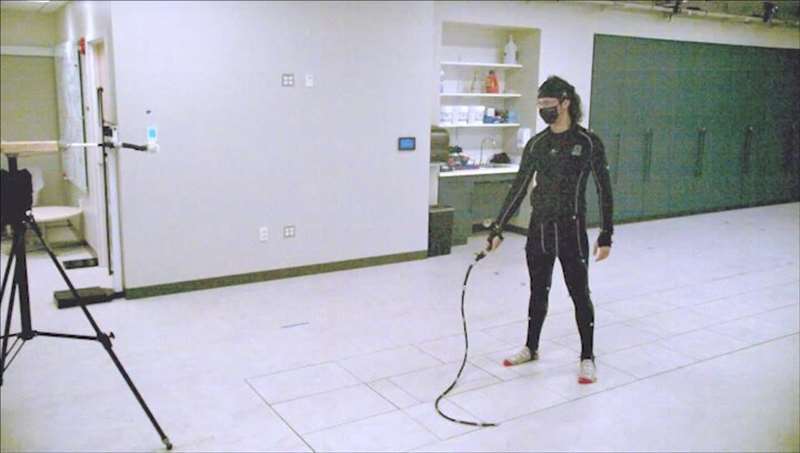 By studying the movements of volunteers cracking bullwhips, scientists sought to understand the manipulation of nonrigid and wobbly objects.

Whip cracking can showcase “the pinnacle of human skill, and we as scientists do not understand it,” said Dagmar Sternad, a biologist and engineer at Northeastern University in Boston. And while mastering a whip may seem specialized, most people become adept at handling such complex objects, so-called because of the many ways they can move.

“A lot of objects are nonrigid and wobbly, and somehow the brain manages to learn to control and operate these things,” said Aldo Faisal, an artificial intelligence researcher and neuroscientist at Imperial College London and the University of Bayreuth in Germany. Though tying shoelaces and folding towels do not seem tricky to humans, such tasks can baffle robots. Insights from watching humans handle floppy objects, such as whips, could help engineers address robots’ deficiencies and also design better prosthetics, he said.

Dr. Sternad’s lab studies human motion and object control, so her team set out to capture how whips move and how people handle them.

The braided leather thong of a whip can move in infinite ways.

“It’s flexible and can turn, can rotate, can twist, can bend — all these options add complexity to the object,” said Marta Russo, a neuroscientist who worked on this project with Aleksei Krotov, a graduate student, at Northeastern.

Then the scientists observed them cracking the whip. A researcher first demonstrated one way, moving the whip behind the body, then overhead and finally to the front toward a target. Each volunteer performed individual whip movements and continuous ones, aiming at their target repeatedly so that their motions took on a rhythm. For each style, they did five sets of a few dozen throws.

Generally, participants performed better with individual throws. During those, a key moment occurred when participants brought the whips behind them and their hands reached peak speed. The faster a whipper’s hand moved and the more stretched out the whip was, the less error a throw tended to have. Those characteristics may simplify the motion of the whip. If you move the whip faster, it doesn’t have as much time to entangle, Dr. Russo said.

“This is a phenomenal paper — they did exactly what their objective is,” in studying people’s motion and how energy is transferred to the whip, said Ms. Choi, who is also a mechanical engineer.

By following people practicing this task over a longer time, the researchers may be able to watch how their strategy evolves. “I would have been curious to see how people learn to whip,” Dr. Faisal said.

The scientists have already started doing that, Dr. Sternad said. They’re now bringing participants into the lab for 20 sessions of whip cracking. “But even in 20 days, our subjects don’t become April Choi.”