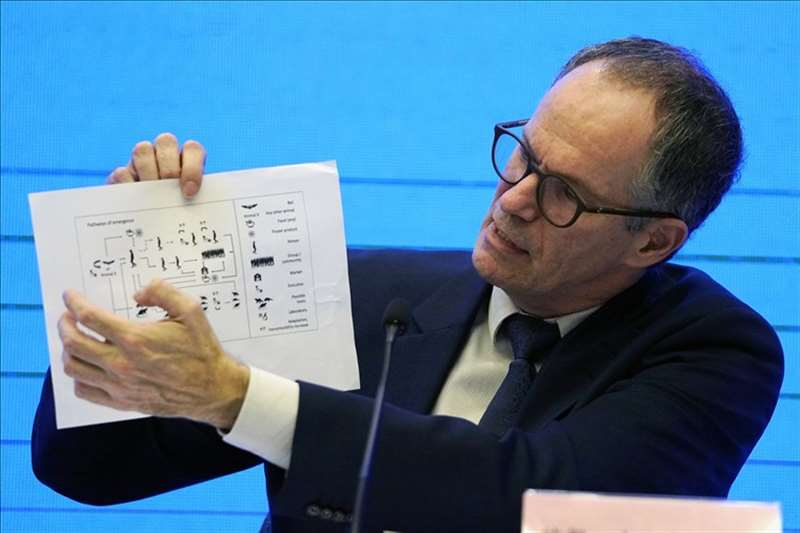 The coronavirus is likely to have emerged in bats and spread to another animal before it jumped into the human population, according to a study from the World Health Organization and Chinese scientists that is scheduled to be released Tuesday.

The 123-page report, which NBC News obtained ahead of its release, also found that it’s “extremely unlikely” that the virus leaked from a lab, a theory that has flourished among China skeptics even though it is based largely on circumstantial evidence.

In the report, the research team detailed the most likely scenarios that caused the virus to spill over into humans, but many questions remain unanswered. Identifying the source of a virus, which can take years — or even decades — is an important way for scientists to understand the emergence of infectious diseases and prevent similar outbreaks.

The most likely route of transmission, the researchers said, was from bats into humans through an intermediate animal host. Direct transmission from bats to humans was also thought to be a “possible-to-likely pathway.”

The report recommended additional research for those and other scenarios, including retrospective studies of the earliest known cases that were tied to a seafood market in Wuhan, China.

The Wuhan market was the site of the first reported cluster of human cases, but the WHO report said it’s not clear whether that was the initial source of the outbreak.

Marion Koopmans, a Dutch virologist who was a member of the WHO delegation, said in an interview this month that while the first major clusters were reported in Wuhan, it’s not known for sure whether the virus originated there.

Koopmans said the investigation found no credible evidence that the coronavirus leaked from a lab. The lab leak hypothesis was touted by President Donald Trump and most recently promoted by Dr. Robert Redfield, the former director of the Centers for Disease Control and Prevention.

Pinning down the origin of a virus can be a lengthy process, and while the WHO study said that a lab leak remains “extremely unlikely,” it said it’s impossible to completely rule it out.

Robert Garry, a virologist at Tulane University School of Medicine who wasn’t involved with the WHO investigation, said the research team was right to largely dismiss the idea that the virus leaked from a lab.

Garry said more research will be needed to understand the virus’s origin but added that the painstaking work is crucial to protect against similar or worse outbreaks.

Understanding how the coronavirus emerged in bats or other species “will provide critical data on the evolution and ecology of potential pathogens, guidance for detecting their emergence and suggest solutions for design of appropriate countermeasures,” Garry said.

Keir Simmons is a London-based foreign correspondent for NBC News.

Amy Perrette is a London-based producer for NBC News.