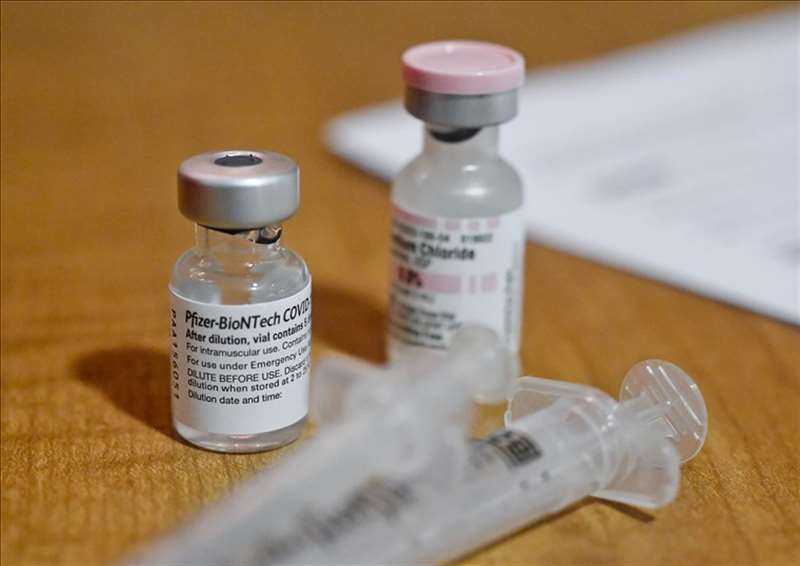 “I can’t set nationally who gets in line, when and first — that’s a decision the states make,” Biden said while touring a Pfizer plant in Michigan on Friday. “I can recommend.”

Under the Constitution, the powers of the federal government are far-reaching but not all-encompassing. States have always retained control over public health and safety, from policing crimes to controlling infectious disease, including distribution of coronavirus vaccines that Washington helped create and whose supply it controls.

He added: “The founders were very conscious of the fact that it was a collection of states that had succeeded in winning the Revolutionary War. If you roll that forward, you end up with this patchwork of different vaccine priorities, mask mandates and lockdown rules, because the federal government cannot force states to do things.”

The federal courts — not the federal government — have been able to exert their will over the states on issues from school desegregation to abortion to voting rights. But schools, abortion clinics and elections are still run or regulated by the states.

The federal government has spent the past two centuries trying to come up with creative ways to push its agenda on the states, sometimes by dangling the promise of federal funding as a carrot — and the threat to withhold it as a stick.

For instance, to build the Interstate highway system, the feds promised to foot 90 percent of the bill if states put up just 10 percent. The catch was that the roads had to abide by regulations that started small — bridges needed to be tall enough to allow tanks to pass under, to cite one requirement — but quickly grew to encompass the nationally uniform system of roads we take for granted today.

But just as often, the courts have pushed back against what they view as Washington overreach.

“When you boil it down, the delivery of public health interventions resides, really, at the state and local level,” said Josh Michaud, associate director for global health policy at the nonpartisan Kaiser Family Foundation. “That’s been the model since very early on in our republic.”

The Affordable Care Act is a hodgepodge of incentives and mandates because, in part, it was built to comply with the complexities of American federalism, by, for example, giving states the responsibility to set up their own insurance exchanges.

When it comes to fighting infectious diseases, the Centers for Disease Control and Prevention provides guidance on health issues to states, which delegate much of their authority even further to counties and municipalities.

“In the positive sense, this means the system can be responsive to local conditions based upon the people who know them best,” Michaud said. “But it also leaves open the possibility for inequality and greater risk from the virus because of the lack of a coordinated and effective response.”

“They are actually quite limited in what they can do,” Gordon said. “The federalist separation of national versus local public health authority in the U.S. has, repeatedly, hamstrung rapid and effective pandemic response.”

But even some Democratic governors have chosen to ignore federal guidelines and set their own vaccination priorities.

The CDC calls for vaccinating all essential workers, including teachers, before moving on to those under 75. But several states have chosen to vaccinate people over 65 and those with pre-existing conditions first.

Jon Valant, a senior fellow at the Brookings Institution who studies education policy, said Biden’s most effective tool to push states to vaccinate teachers might be the bully pulpit.