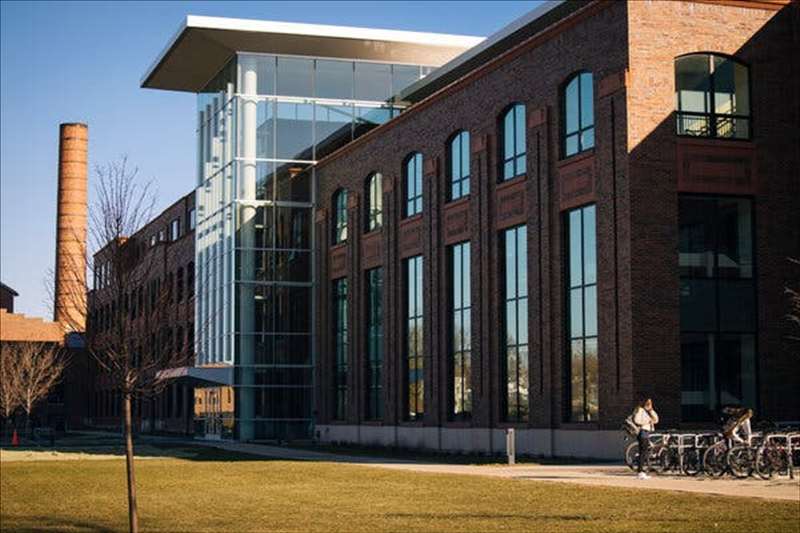 In the suburbs of Chicago, New Trier High School offers a lesson in just how complicated it can be to track the coronavirus in schools.

It was supposed to be a pandemic triumph, a way for a prestigious school to keep its doors open when many others could not. Instead, the coronavirus testing program at New Trier High School, outside Chicago, offers a cautionary lesson about what happens when educators are asked to take on public health responsibilities.

The Centers for Disease Control and Prevention has urged school administrators to implement regular testing of students in order to identify coronavirus outbreaks before they become more widespread. Late last year, New Trier, which serves families from some of Chicago’s most affluent suburbs, rolled out a $1.3 million testing campaign, part of an ambitious plan to keep classrooms open for the school year regardless of rising infection rates in the community.

New Trier may have inadvertently violated federal regulations on testing. Now the Illinois Department of Public Health has opened an investigation into the lab.

“What concerns me is the lack of oversight on any quality,” said Scott J. Becker, chief executive of the Association of Public Health Laboratories. “It sounds unkosher, and it just makes me uncomfortable.”

In early March, after being contacted by The Times, the testing company, SafeGuard Screening, applied for F.D.A. certification and hired a scientist with credentials to run the operation.

Paul Sally, the superintendent at New Trier, believes his school has overcome the many obstacles that come with testing. “What we’re most proud of is the fact that in our school, we don’t have cases of transmission,” he said.

New Trier has remained open. By comparison, schools in New York City, the largest public school system in the country, are required to shut down after confirming just two cases.

The idea for the testing program formed last summer, when New Trier’s administrators and a new reopening advisory board began planning ways to open the school and keep it that way.

“At that moment, they were the only one available to do this type of screening in our environment,” Dr. Sally said.

Edward Campbell, a microbiologist at Loyola University, started SafeGuard after learning of a virus test developed by researchers at the University of Wisconsin-Madison. SafeGuard serves about 30 school districts and runs roughly 30,000 tests per week, at $11 per test, Dr. Campbell said.

“A lot of kids don’t even want to come to school because apart from the Covid risk, it’s also just not enjoyable to be at school,” said Eva Roytburg, 18, a senior at New Trier.

Still, the school pushed ahead with testing. Dr. Campbell’s lab analyzed saliva samples from New Trier students and delivered the results in a spreadsheet, flagging students who needed a confirmatory test by a certified lab.

Although SafeGuard technically did not deliver a diagnosis, the implication was clear — after rapid testing, some students were presumed to be infected, and they and their siblings were sent home.

The company and the school refer to this as surveillance. But while surveillance programs may gauge the prevalence of a disease or a pathogen at a population level — that 10 of every 1,000 students are infected, for example — they do not provide results for individuals.

The school and the company were instead “screening” students — flagging individual students who might be infected. And screening testing is subject to stringent regulation.

School administrators wishing to implement testing must navigate through a maze of requirements from these agencies, keeping an eye on the subtle differences between surveillance, screening and diagnosis — or trusting a lab to do so for them. Surveillance does not require certification from C.L.I.A., for instance, but screening testing does.

SafeGuard should have obtained C.L.I.A. certification for its tests, or New Trier should have applied for a waiver to implement its program, according to testing experts.

“It’s not hard for a school system to get a C.L.I.A. waiver,” Mr. Becker, of the Association of Public Health Laboratories, said. Nearly 300,000 labs are certified to perform testing, and many schools and universities are already relying on those labs and on authorized tests, he noted.

But on Dec. 28, officials at the Centers for Medicare & Medicaid Services sent Dr. Campbell a letter clarifying the requirements. “If at any time a patient specific result is to be reported by a facility, a C.L.I.A. certificate must be obtained,” the agency warned.

Dr. Campbell said his company had not requested emergency use authorization from the F.D.A. because of the expense and because the process was “so backlogged now.”

Stephanie Caccomo, a spokeswoman for the F.D.A., disputed the assertions. “There is no cost for submitting an E.U.A. request,” she said, and companies can market their tests as soon as they validate them and notify the agency.

In interviews, Dr. Campbell and school officials said the Illinois Department of Health was aware of the program and had given its blessing. But Melaney Arnold, a spokeswoman for the department, said state regulators “did not approve the use of SafeGuard Screening to provide test results to individuals.”

“SafeGuard has been warned to cease providing diagnostic results to schools,” Ms. Arnold added. “The investigation and follow-up continue.”

Despite the warnings, Dr. Campbell and New Trier administrators insist the testing program is legal and is keeping the school’s doors open.

“The guidance is very confusing,” said Dr. Campbell. “What’s a person trying to operate in good faith supposed to do?”