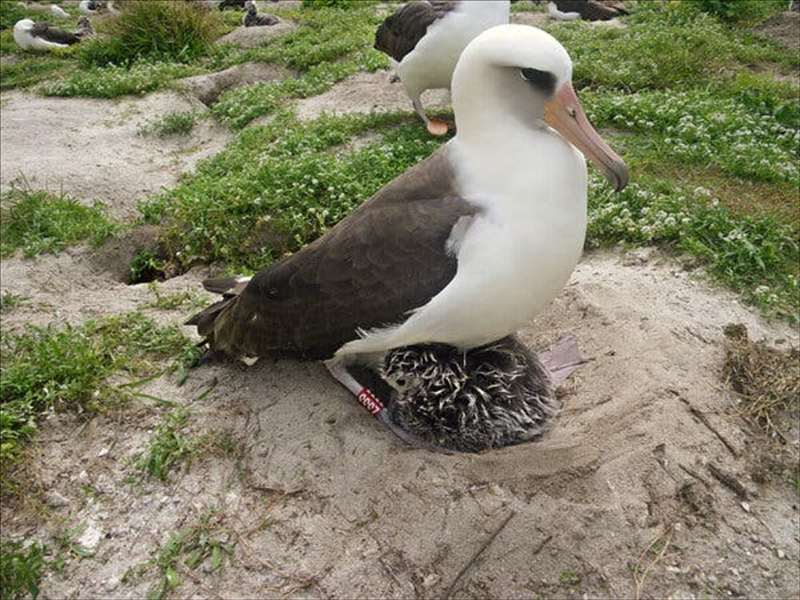 An albatross named Wisdom has astounded researchers by hatching a chick at more than 70 years old, securing her title as the world’s oldest known breeding bird.

At more than 70 years young, Wisdom, the world’s oldest known banded wild bird, is taking on the challenge of motherhood once again.

Biologists believe that Wisdom, who was first identified and banded on Midway Atoll in 1956, has hatched between 30 and 36 chicks, possibly more.

Even before she became the world’s oldest known breeding bird, Wisdom defied expectations.

“Albatrosses are extremely long-lived but the unusual thing about Wisdom is she’s so much older than other birds,” said Professor Richard Phillips, a seabird ecologist and head of the higher predators and conservation group at the British Antarctic Survey.

The parents will share feeding duties for the chick, providing a diet of fish eggs and squid by regurgitating the food that they forage while at sea into their offspring’s mouth. By the summer, the chick should be ready to fly for the first time, the U.S. Fish and Wildlife Service said.

Albatrosses like Wisdom and Akeakamai return to the 2.5-square-mile island each winter for nesting and mating. These sea birds typically lay at most one egg a year as the effort of incubating it, feeding it and parenting it after it hatches is so great.

“Ordinarily you expect albatrosses to age in the same way as humans and for their breeding frequency and success to drop off with increasing age, so again Wisdom is unusual in that she still seems to be breeding fairly regularly,” Professor Phillips said.

Wisdom’s return, Dr. Flint said, “not only inspires bird lovers everywhere, but helps us better understand how we can protect these graceful seabirds and the habitat they need to survive into the future.”