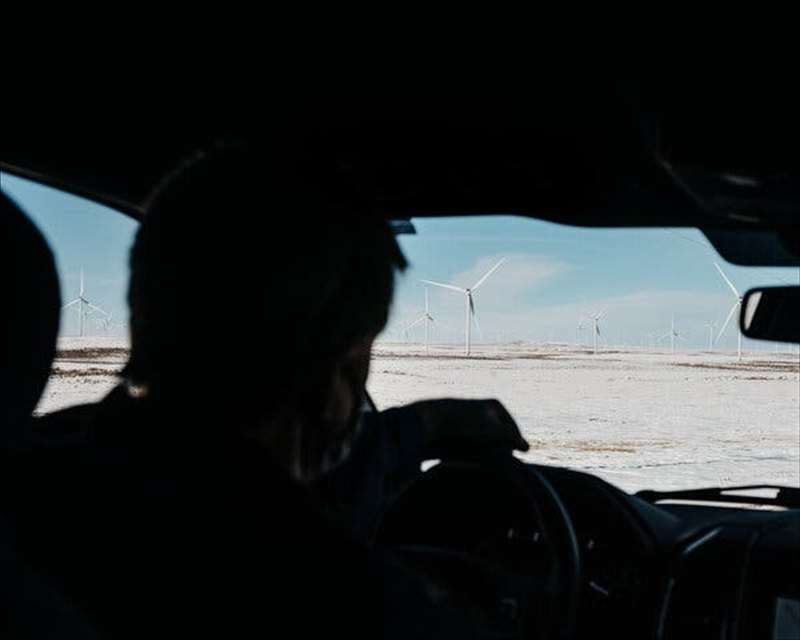 In the heart of coal country, the town of Rawlins will soon be home to one of the nation’s largest wind farms. But pride in the fossil fuel past remains a powerful force.

RAWLINS, Wyo. — The coal layered underground helped bring settlers to this scrubby, wind-whipped part of southern Wyoming, where generations found a steady paycheck in the mines and took pride in powering the nation.

But now, it is energy from the region’s other abundant energy resource — the wind itself — that is creating jobs and much-needed tax revenues in Carbon County.

Carbon County shows how the energy transformation that America needs to make is possible, but may happen reluctantly, driven by pragmatism more than a desire to stop burning the coal and oil that release greenhouse gases into the atmosphere. Here, at least, it comes down to the reality that mines are closing nationwide, and buyers of coal are simply disappearing.

In Wyoming, many residents like Terry Weickum support the coal industry and disapprove of the way the glossy turbines interrupt the emptiness of the sagebrush-spotted landscape. Nevertheless, Mr. Weickum helped bring wind energy to Carbon County, knowing it would help ​Rawlins — a community of 9,000 ​with its downtown gym, coffee shop and the Rifleman Club Bar — to avoid becoming yet another ghost town, forgotten as mining passes into history.

“The old joke in Wyoming is all you need to use to go coal mining is a three-iron. People were told that coal will always be here, that these are lifetime jobs,” said Rob Godby, an economist at the University of Wyoming. “We’re at a crossing the Rubicon moment — it went from ‘It’s never going to happen’ to ‘Now it’s happening.’”

The high desert landscape with vistas that stretch to the horizon makes Wyoming one of the best spots in the nation for wind. Some of the strongest, most regular gusts in America blow down from the Rocky Mountains, so fierce that freeway signs flash with warnings of gales of more than 60 miles per hour, so strong they yank sideways at cars and trucks driving down the interstate.

Smaller wind farms such as Ekola Flats are coming online elsewhere in Carbon County from Rocky Mountain Power, a utility that closed one coal mine and plans to close another. The company hired about 300 workers to build Ekola Flats, which will employ about 10 once it’s operational.

Wyoming’s 16 working mines still make up nearly 40 percent of the country’s coal production — more than three times as much as West Virginia. Wyoming, with a population of just 582,000, has abundant oil and natural gas reserves that often land it among the nation’s top 10 producers.

Wyoming’s fossil fuel industry employed about 14,900 people last year, a more than 28 percent drop from the year before. Jobs in the wind industry amount to only a few hundred, state economists estimate, with most of the work available during construction of wind farms. But, unlike the coal industry, the wind sector is growing.

Trump easily won Wyoming in both the 2016 and 2020 presidential races. But America’s desire to burn more coal didn’t materialize.

Wyoming’s reckoning came into sharp focus last month when President Biden announced a moratorium on drilling on federal lands, where the bulk of Wyoming’s oil fields are located. Officials have said the state could lose about $300 million in annual tax revenue from a long-term ban, along with numerous jobs.

Wyoming, with its vast wind resources, has the potential to lead the country in renewables. But the clean energy revolution espoused by Mr. Biden is not what is pushing officials here to embrace wind.

In this heavily Republican state, people raise climate change issues “only if they want to be punched in the face,” Mr. Weickum said.

Despite the stark economic reality of the coal industry’s decline, state officials are still trying to preserve Wyoming’s fossil fuel resources, particularly coal. The state has dedicated $15 million to creating the Wyoming Integrated Test Center to study the capture of carbon emissions from coal-burning power plants. And Gov. Mark Gordon talks about pitching Boeing on ideas to use Wyoming coal for carbon fiber airplane wings or persuading auto manufacturers to use its coal for carbon fiber vehicle bodies.

Describing himself as “a crazy old man who can’t sit still for 10 minutes,” Mr. Weickum likes to emphasize that he is not “pro-wind.”

Like a number of public officials and residents in this part of the state, he also questions whether human activity is causing the climate to change, despite the overwhelming scientific consensus that it is. “I think our climate is changing because the earth is in a cycle,” Mr. Weickum said. “Do I agree with Al Gore? No.”

While Rawlins is trying to transition, a cautionary tale stands just a few miles east on the interstate. The community of Hanna was so economically devastated by the loss of its mines in the mid-2000s that people lifted homes off their foundations and carted them away, hoping to preserve their value.

In Carbon County, dozens of wind companies began approaching Mr. Weickum and other local politicians during the Obama administration. County officials were intrigued by the prospect of jobs and tax revenues that wind projects would bring, particularly during construction. They would never provide enough jobs to replace the large numbers offered by workers needed in mines and oil fields, but it was something, they reasoned.

Yet officials wrestled with the idea of interrupting the wild vistas so cherished that the wide-open landscapes are etched onto headstones at the Rawlins cemetery. “It scared us,” said Mr. Weickum. “There were 50-some wind projects coming at us, and that would destroy our way of life.”

Mr. Weickum worked for months with other officials to adopt statewide standards for wind projects and to come up with a taxation structure that aimed to ensure revenue but not discourage new companies. His support for wind projects came with a political cost. He believes he lost his seat on the Carbon County Commissioners Association because of wind farms he approved when he was head of the group’s wind task force.

In Wyoming, even as wind farms are increasingly common, residents still have concerns. The projects take over hunting land. The lights on some turbines pollute the Stygian sky. And even though residents brag about powering the nation with coal, they complain that wind energy is mostly transmitted out of state, for use by people elsewhere.

And the towering wind farms threaten migration patterns for antelope, elk and even the mule deer, which some people consider pests as they graze in the cemetery, in front yards and on the high school football field, menacing Rawlins “like 200-pound rats,” Mr. Weickum said. Several years ago, he noted, his own beloved dog, a Chihuahua named Cujo, was stomped to death by a mule deer.

But the worry on most people’s minds is whether welcoming the wind industry will speed job losses in the fossil fuel industry. “They feel like wind energy is somehow in competition with coal, oil and gas,” Mr. Weickum said. “In an abstract way, it is.”

He isn’t the only local official with mixed feelings.

In Campbell County, in the northeastern part of the state and the most active coal mining area in Wyoming, hundreds of workers lost mining jobs last year. And more job losses are on the horizon.

Rusty Bell, a county commissioner there, is eager to find other uses for the coal underfoot. He recalled the time he visited Washington and peered up at all the government office buildings. They “look like giant hospitals,” he said, and in each room, he thought to himself, was someone who was writing policy that would affect him yet who had little idea about his way of life.

“This is not just our coal, this is your coal,” he said. “If that’s a resource we’re going to say we’re just never going to use, then obviously our community is going to have to change a lot.”