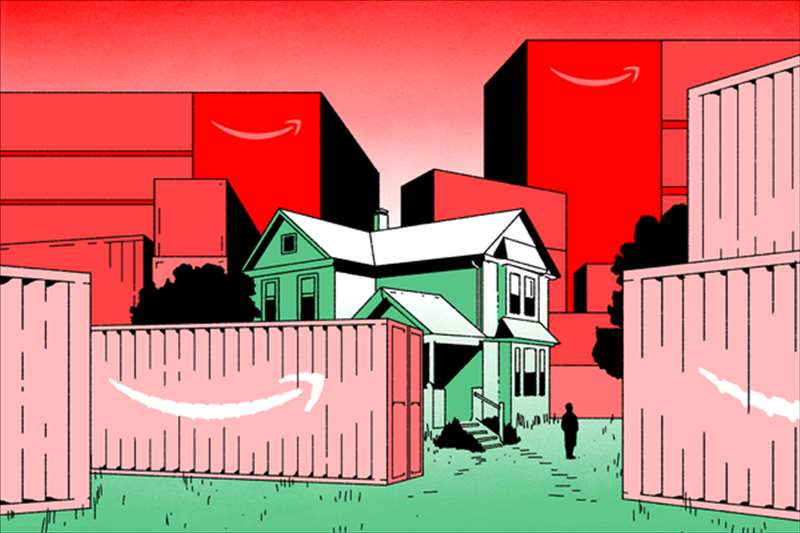 What happened to California’s Inland Empire when Amazon came to town.

What happens when Amazon becomes a fixture in America’s towns and cities?

I spoke with Hayasaki, a professor in the Literary Journalism Program at the University of California, Irvine, about what she learned researching Amazon workers in the region and what the effects are — good and bad — when Amazon comes to town.

Officials at the nearby Ontario International Airport showed me runways that were under construction partly for Amazon merchandise flying in and out. We see Amazon all the time as shoppers, but it’s different here. I started to talk with workers about what it was like for them.

They appreciate that Amazon offers them health and retirement benefits — and that they have jobs at a time when many others have lost work.

And some Amazon-related jobs are precarious. I rode around with an Amazon delivery driver who also worked for an app-based delivery company. His girlfriend did, too. They were stringing together multiple forms of income for themselves and their five children. It’s not an easy way to live.

City officials said that they appreciated the new jobs Amazon created, but they were fearful that automation might slowly eliminate the work. And because of the way state taxes are structured, the city is getting less tax revenue than it expected from Amazon’s presence.

City officials also said there’s a lot of wear and tear on roads with so many Amazon vehicles. And with so many people at the Amazon site, it generates a lot of calls to police and emergency services for worker injuries or just fender benders. That’s a pull on local resources.

No, unlike company towns of the past, Amazon doesn’t control housing for employees or replace functions of the government. But in the Inland Empire there are some elements that are reminiscent of company towns. One that struck me was an Amazon career program for high school students. People spoke highly about it, but others in the community raised questions about teenagers being put on a pathway to an Amazon job.

Within that time frame, though, other parts like your hard drive, laptop battery or screen may fail. When repair costs add up to become impractical, it may be time to look for a newer model.