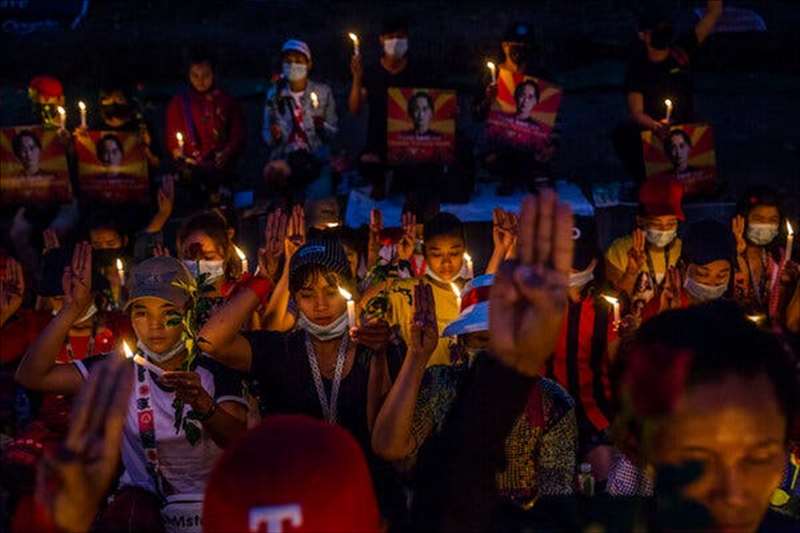 The Myanmar soldiers descended before dawn on Feb. 1, bearing rifles and wire cutters. At gunpoint, they ordered technicians at telecom operators to switch off the internet. For good measure, the soldiers snipped wires without knowing what they were severing, according to an eyewitness and a person briefed on the events.

The data center raids in Yangon and other cities in Myanmar were part of a coordinated strike in which the military seized power, locked up the country’s elected leaders and took most of its internet users offline.

So far, the Tatmadaw, as the Myanmar military is known, has depended on cruder forms of control to restrict the flow of information. But the army seems serious about setting up a digital fence to more aggressively filter what people see and do online. Developing such a system could take years and would likely require outside help from Beijing or Moscow, according to experts.

Such a comprehensive firewall may also exact a heavy price: The internet outages since the coup have paralyzed a struggling economy. Longer disruptions will damage local business interests and foreign investor confidence as well as the military’s own vast business interests.

“The military is afraid of the online activities of people so they tried to block and shut down the internet,” said Ko Zaw Thurein Tun, a president of a local chapter of the Myanmar Computer Professionals Association. “But now international bank transactions have stopped, and the country’s economy is declining. It’s like their urine is watering their own face.”

Even policymakers in the United States and Europe are setting their own rules, although these are far less severe. Technologists worry such moves could ultimately break apart the internet, effectively undermining the online networks that link the world together.

The people of Myanmar may have gotten online later than most others, but their enthusiasm for the internet has the zeal of the converted. Communications on Facebook and Twitter, along with secure messaging apps, have united millions of people in opposition to the coup.

Daily street protests against the military have gathered strength in recent days, despite fears of a bloody crackdown. Demonstrators have rallied at China’s diplomatic missions in Myanmar, accusing Beijing of exporting the tools of authoritarianism to its smaller neighbor.

Huawei and ZTE, two major Chinese companies, built much of Myanmar’s telecommunications network, especially when Western financial sanctions made it difficult for other foreign firms to operate in the country.

Myanmar’s two foreign-owned telecom operators, Telenor and Ooredo, have complied with numerous demands from the military, including instructions to cut off the internet each night for the past week, and block specific websites, such as Facebook, Twitter and Instagram.

“The cybersecurity law is just a law to arrest people who are online,” said Ma Htaike Htaike Aung, the executive director of MIDO, a civil society group that tracks technology in Myanmar. “If it goes through, the digital economy will be gone in our country.”

When the draft of the law was sent for comment to the foreign telecoms, the companies’ representatives were told by the authorities that rejecting the law was not an option, according to two people with knowledge of the conversations.

Those people and others with knowledge of the ongoing attempts to crack down on the internet in Myanmar spoke to The New York Times on the condition of anonymity because of the sensitivities of the new regime.

The draft cybersecurity law follows a yearslong effort within the country to build out surveillance capabilities, often following cues from China. Last year, Telenor, a Norwegian-owned company, raised concerns about a government push to register the identities of individuals who purchase cellphone services, which would allow the authorities to link names to phone numbers.

The campaign in Myanmar has thus far been unsuccessful, though it bears similarities to China’s real-name registration policies, which have become a keystone of Beijing’s surveillance state. The program reflected Myanmar’s ambitions, but also just how far away it is from achieving anything close to what China has done.

In recent years, Huawei surveillance cameras made to track cars and people have also gone up in the country’s biggest cities and in the underpopulated capital Naypyidaw. A top cybersecurity official in Myanmar recently showed off photos of such road monitoring technology on his personal Facebook page.

A Huawei spokesman declined to comment about the systems.

For now, even as anti-Chinese protests mount over fears of an influx of high-tech equipment, the Tatmadaw has ordered telecom companies to use less sophisticated methods to hamper internet access. The method of choice is to decouple website addresses from the series of numbers a computer needs to look up specific sites, a practice akin to listing a wrong number under a person’s name in a phone book.

Savvier internet users skirt the blocks with virtual private networks or V.P.N.s. But over the past week, access to some popular free V.P.N.s in Myanmar has been hindered. And paid services, which are harder to block, are unaffordable to most people in the country, who also lack the international credit cards needed to purchase them.

Still, for one of Asia’s poorest countries, Myanmar has developed a surprisingly robust technical command. Over the past decade, thousands of military officers have studied in Russia, where they were schooled in the latest information technology, according to educational data from Myanmar and Russia.

Thousands of cyber soldiers operate under military command, tech experts in Myanmar said. Each morning, after the nightly internet shutdowns, more websites and V.P.N.s are blocked, showing the soldiers’ industriousness.

“We see a military that has been using analog methods for decades but is also trying to embrace new tech,” said Hunter Marston, a Southeast Asia researcher at the Australian National University. “While it’s applied in a haphazard way for now, they’re setting up a system to sweep up anyone who posts anything even remotely threatening to the regime.”

Mr. Zaw Thurein Tun, of the Myanmar Computer Professionals Association, said that he was sitting at home, browsing the internet shortly after the coup, when a clutch of men arrived to arrest him. Other digital activists had already been detained across the country. He ran.

He is now in hiding but is helping to direct a civil disobedience campaign against the military. Mr. Zaw Thurein Tun said he is concerned that the Tatmadaw is assembling, brick by digital brick, its own firewall.

“Then all of us will be in complete darkness again,” he said.