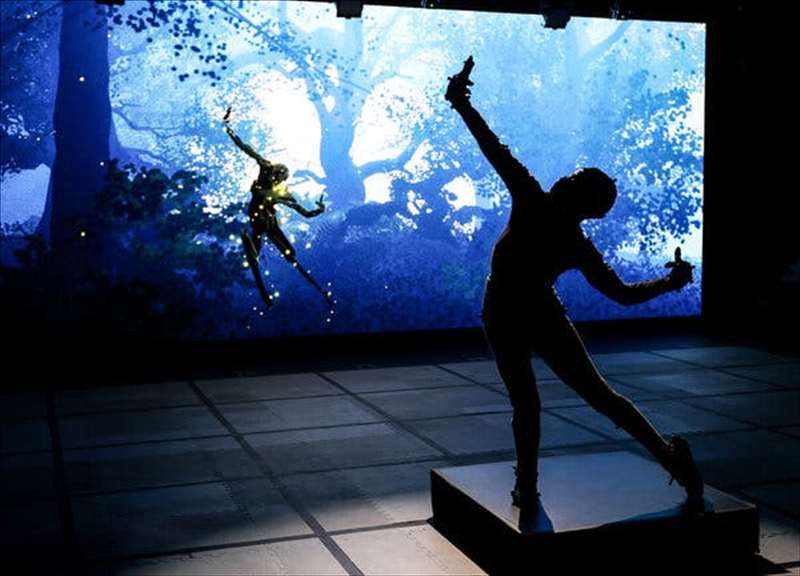 A new online production from the Royal Shakespeare Company uses motion-capture and video game technology to create a virtual world.

“A Midsummer Night’s Dream” may be one of Shakespeare’s most performed plays — but its latest version from the Royal Shakespeare Company will be unlike any seen before. Titled “Dream,” the 50-minute streamed production fuses live performance with motion-capture technology, 3-D graphics, and interactive gaming techniques that let the audience remotely guide Puck through a virtual forest.

“It’s part of our ongoing engagement with this brave new world,” said Gregory Doran, the Royal Shakespeare Company’s artistic director. In 2016, the theater’s production of “The Tempest” used live motion-capture technology to create a 3-D digital avatar that was projected above the stage.

The difference this time is that everything in the play — the performers and their surroundings — will be rendered virtually.

A cast of seven will perform in a specially built studio in Portsmouth, southern England, wearing Lycra motion-capture suits outfitted with sensors. They will be surrounded by a 360-degree camera rig, made up of 47 cameras, with every movement almost instantaneously rendered by digital avatars, which are relayed to viewers via the stream. These magical figures move seamlessly through a computer-generated woodland, and the action is narrated in husky tones by the Australian singer-songwriter Nick Cave as the forest’s voice.

For audiences watching at home, the virtual fairies moving through a digital forest will look more like a video game or a CGI blockbuster than your average Royal Shakespeare Company show. But the performances are delivered live and in real time. Every night’s performance will be unique.

With its abridged running time and a much-reduced cast of characters, “Dream” is not a full-scale production of “A Midsummer Night’s Dream”; rather, it is a narrative inspired by it, focusing on Puck and the fairies. But don’t expect any cute digital wings: These are elemental, mysterious forces of nature.

The arts collective Marshmallow Laser Feast, which works with virtual, mixed and augmented reality, has created digital avatars for the actors so they look sprung from the natural world. Puck is formed of pebbles and stones, while Titania’s fairies are made up of moth wings, cobwebs, earth or roots. The fairies are shape-shifters that coalesce into recognizable human and animal forms onscreen, and grow or shrink so that they are small enough to “creep into acorn-cups,” as Puck puts it.

“It’s a form of puppetry,” said the Royal Shakespeare Company’s director of digital development, Sarah Ellis. “Those avatars come alive when they breathe, and how they breathe is through the live actor.”

The software that drives the performance, called Unreal Engine, is used across the video games industry and is behind popular titles like “Gears of War” and “Fortnite.” Since 2013, the company that developed it, Epic Games, has been branching out to create interactive 3-D content with the tool for film and TV, and, increasingly, for live events such as music festivals, museum exhibitions and theater productions.

Layering the tech with live performance, and relaying it instantly via a web player to thousands of devices, is an experiment for both Epic Games and the Royal Shakespeare Company. And then there’s the interactive component.

Up to 2,000 audience members for each performance can become part of the show, and will be invited to guide Puck through the forest. Onscreen, the chosen spectators will appear as a cloud of tiny fireflies: By using their mouse, trackpad or finger on the screen of a smart device, they will be able to move their firefly around the screen, and Puck will follow their lead through the virtual space.

“Without the fireflies — the audience — Puck wouldn’t be going anywhere,” said E.M. Williams, who plays the role. “The audience are very much the fuel, the energy, of the show.”

In a traditional stage production, the “tech” rehearsals come last, after weeks of work by the actors on character and narrative. For “Dream,” the process began with fittings for the motion-capture suits, so the players could calibrate their movements. Their digital avatars were refected on giant LED screens around the studio to orient the performers within the virtual environment.

“It looks so 3-D, like it’s coming out the screen sometimes,” Williams said of the computer-generated forest. “There are times when if I touch it, I expect to feel it. It’s thinning the veil between the technological world and the real world.”

The Royal Shakespeare Company has long been seen as a bastion of traditional British theater: reverent toward text and verse, powered by great actors. Did the company anticipate any resistance to its high-tech, experimental approach? Several reviewers said its motion-capture “Tempest” was gimmicky.

“There’ll be some criticism, of course,” said Doran, the company’s artistic director. But, he added, he hoped “Dream” could speak to a traditional theater audience, as well as viewers drawn in by the technology.

Besides, the genius of Shakespeare means his plays can take whatever new inventions are thrown at them. “It’s the same as an experimental production of any of these plays,” Doran said. “Shakespeare is robust: He’ll still be there.”