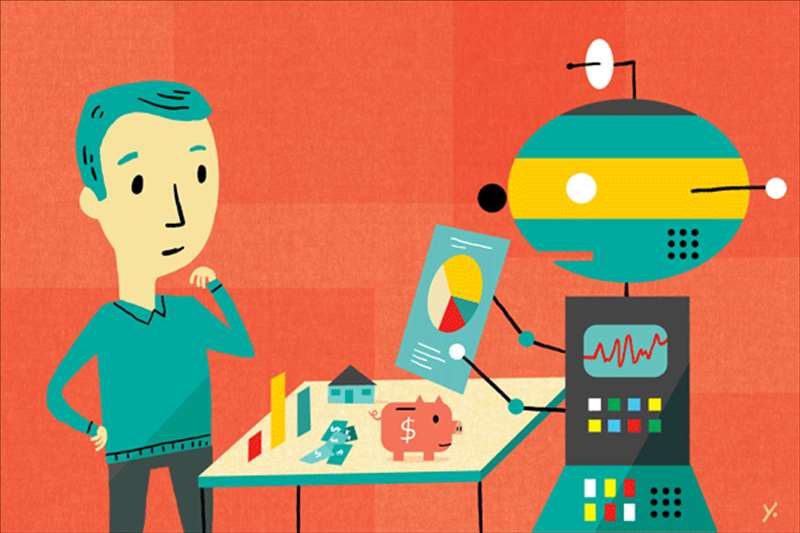 As artificial intelligence evolves, personal finance programs are working to offer you, and your budget, tailored advice.

They promise to nudge you into saving more, negotiate your bank fees, cover overdrafts and help you pay down your debt. They’ll even cheer you on when you spend wisely and remind you your bills are coming due.

These are the newest evolution of personal financial management tools, with the emphasis on personal.

But as artificial intelligence has become ever more sophisticated, these tools — and almost all of them are apps — have proliferated; it’s almost impossible to say how many there are, but new ones seem to be coming on the market almost daily.

The apps are essentially looking to become almost as good as a live personal adviser, but one that you don’t pay much for and that can live in your pocket. Some charge a monthly or annual subscription; others are free and make money through referral fees they collect when a user buys the financial products or services promoted on the site.

“Their mission before was to make it easier for consumers to budget, but now they’re really creating features that enable consumers to buy stocks, apply for loans and autosave all on one platform,” said Anisha Kothapa, a fintech analyst at CB Insights, which tracks business trends.

Companies are trying to stand out in a crowded marketplace, and while some are bundling more features to attract users, others aim to specialize.

Like all these tools, they require a user’s credit card, banking and other financial information to track spending and income levels and then automatically sort them into categories.

Each offers something a little different. Mint provides free credit score checks as often as you like (it’s a “soft” check, so it won’t hurt your credit score). You Need a Budget, also known as YNAB, relies on a system called zero-based budgeting, where every dollar is put into an account, such as holiday spending, emergency fund and so on, so that you end up with zero.

For example, the Qapital app can connect to your Fitbit so that every time you hit a goal (walking 10,000 steps) or fail to meet one (not sleeping enough), you put money toward one of your savings or investing goals. Or it can be unrelated to anything you do — just have it sock some money away when the temperature hits 75 degrees, when it rains or if you visit a favorite place.

“Charlie celebrates your progress, no matter how small or big,” said Ilian Georgiev, Charlie’s co-founder and chief executive. “One thing we’ve heard over and over is that people want a judgment-free environment.”

Cushion then negotiates with the financial institutions, either through the secure bank portal (if the customer gives permission), through online chat on the bank’s website, or even through traditional mail if needed.

It took four years, he noted, to build up the data set and technology stack to accurately detect bank fees, figure out which ones to negotiate, determine how to approach each negotiation and then communicate with the bank automatically on the consumer’s behalf.

The bells and whistles may be nice, but the benefit of these apps lies in forcing users to face how much they’re truly spending and where it ends up.

“A budget is a fundamental step in financial literacy, and just tracking your spending versus your income is so illuminating,” Ms. Bessette said.

And while users can jump around and test various apps — and try a combination of them to cover specific needs — Ms. Bessette noted that there are benefits to staying with one app for years. “I’ve used Mint for about eight years, and it has all my historical data, which makes it much easier to see trends,” she said.

Because users are giving away some of their most valued financial information, security and privacy are critical.

And although all the personal financial management companies will promise your data will be held in a virtual Fort Knox, “all apps are secure until they’re not,” Mr. Bischoff said.

It’s not that these apps are in any greater danger of being hacked than, say, your bank or any other institution, but “the more people who have the information the greater the risk,” he said. “I wouldn’t just sign up for apps willy-nilly.”