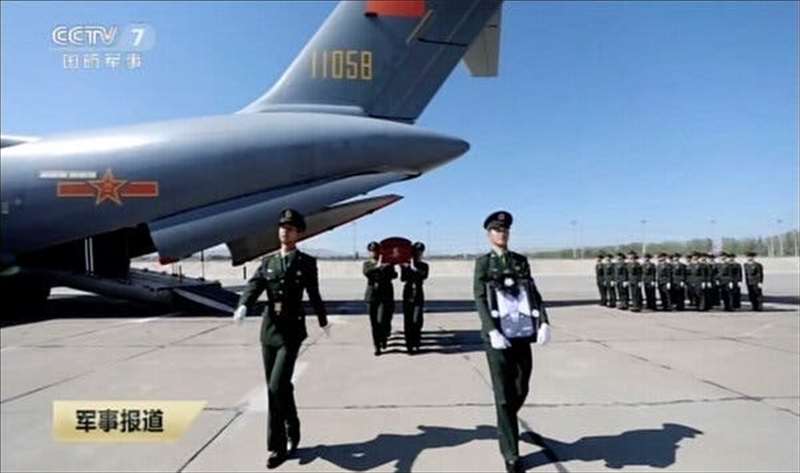 An online spreadsheet with an anonymous minder tabulates Xi Jinping’s crackdown on speech.

At least seven people over the past week have been threatened, detained or arrested after casting doubt over the government’s account of the deaths of Chinese soldiers during a clash last year with Indian troops. Three of them are being detained for between seven and 15 days. The other four face criminal charges, including one man who lives outside China.

“The internet is not a lawless place,” said the police notices issued in their cases. “Blasphemies of heroes and martyrs will not be tolerated.”

The person behind the list is a bit of a mystery. In an interview, he described himself as a young man surnamed Wang. Of course, if the government found out more about him, he could end up in prison.

State-run media in China called them heroes, but some people had questions. One, a former journalist, asked whether more had died, a question of intense interest both in and out of the country. According to the notice the spreadsheet linked to, the former journalist was charged with picking quarrels and provoking trouble — a common accusation by the authorities against those who speak up — and faces up to five years of imprisonment.

When you read the list, it becomes clear how well Mr. Xi and his government have tamed the Chinese internet. People once thought the internet was uncontrollable, even in China. But Mr. Xi has long seen the internet as both a threat to be contained and a tool for guiding public opinion.

Now, Chinese internet companies brag about their ability to control content. Nationalistic online users report speech they deem offensive. Of the seven people who were accused of insulting the heroes and martyrs, six were reported by other users, according to the police notices. In some ways, the Chinese internet polices itself.

China’s police, who are widely disliked for their broad powers to lock people up indefinitely, are big beneficiaries. According to the spreadsheet, people have been detained for calling the police “dogs,” “bandits” and “bastards.” Most are locked up for only a few days, but one man in Liaoning Province was sentenced to 10 months in jail for writing five offensive posts on his WeChat timeline.

Even cheesy skits by aspiring online influencers can be deemed offensive. Two men in northwestern Shaanxi Province livestreamed a funeral they held for a sheep. In the video, one man cried over a photo of the sheep while the other dug the grave. They were detained 10 days for violating social customs.

But the spreadsheet also highlights inspiring cases in which people spoke out to challenge authority.

In 2018, a 19-year-old man in the northwestern city of Yinchuan decided to test the newly passed law that prohibits questioning and criticizing heroes and martyrs. He posted on Weibo that two famous martyrs had died meaningless deaths and that he wanted to see if he would be arrested, showing a lack of free speech in China. He was detained for 10 days and fined $70.

One man, Feng Zhouguan, criticized Mr. Xi and was charged with picking quarrels by the local police in the city of Xiamen. He was detained for five days but appealed after his release, arguing that the police had improperly interfered in a potential libel cases between two individuals. The local police, he argued, are “not the military bodyguards or family militia of the national leader.” The court upheld the sentence.

Huang Genbao, 45, was a senior engineer at a state-owned company in the eastern city of Xuzhou. Two years ago, he was arrested and sentenced to 16 months in jail for insulting the national leader and harming the national image on platforms like Twitter. He shared a cell with as many as more than 20 people and had to follow a strict routine, including toilet breaks. He and his wife lost their jobs, and he now delivers meals to support his family.

“My life in the detention center reminded me of the book ‘1984,’” he said in an interview. “Many of the experiences are probably worse than the plots in the book.”