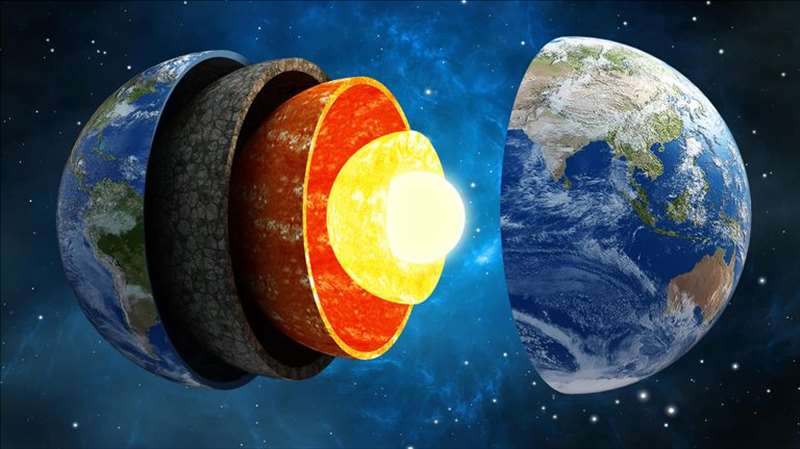 The core could have started to spin in the opposite direction instead, according to scientists.

The spinning core at the centre of Earth may have recently stopped rotating, relative to the surface, as part of a seven-decade cycle, scientists have said.

A study said the inner core, which is the size of Pluto, could have stopped spinning around 2009.

This could be possible because the inner core is mostly a solid ball of iron floating in a liquid outer core, so its rotation is not necessarily tied to that of the rest of the planet.

Scientists also said the inner core may have started to spin in the opposite direction instead.

If so, something is probably happening to the magnetic and gravitational forces that drive the core’s rotation.

The research could help increase the understanding in how changes to the core can impact things on the Earth’s surface, such as the length of the day and navigation.

Indonesia earthquake: Many schoolchildren among 268 killed in West Java

The tracking of the waves found there had been “little change over the past decade” in paths that previously showed “significant temporal changes”.

The process is part of an “approximately seven-decade oscillation”, the study reported.

They wrote: “We compared this recent pattern to the Alaskan seismic records of South Sandwich Islands doublets going back to 1964 and it seems to be associated with a gradual turning-back of the inner core as part of an approximately seven-decade oscillation, with another turning point in the early 1970s.”

Their observations, published in the journal Nature Geoscience, provide further evidence for “dynamic interactions” between the Earth’s different layers which can influence the magnetic field and changes on the surface.

The Earth’s core is said to be a solid ball which has a radius of around 800 miles and a temperature similar to the surface of the sun.

Previous research has shown the core is separated from the rest of the planet by a liquid metal outer core, allowing it to spin independently and at a different pace than the rest of the Earth.

Other scientists have noted the research, but believe it may take a number of years before they are able to determine if it is accurate.