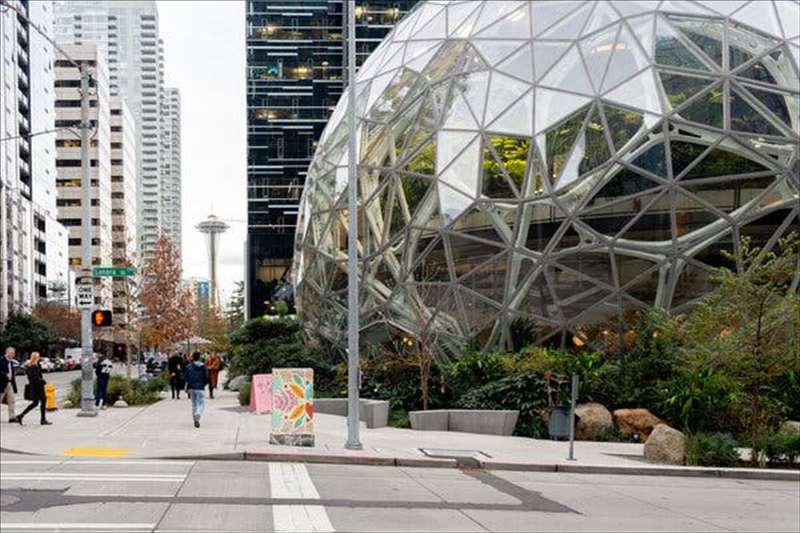 It is the latest tech company to pump the brakes on hiring amid growing economic concerns.

Karen Weise covers Amazon and other technology companies in Seattle.

Amazon is freezing corporate hiring in its retail business for the rest of the year, according to an internal announcement obtained by The New York Times, making it the latest tech company to pull back amid the economic uncertainty.

The email to recruiters announced that the company was halting hiring for all corporate roles, including technology positions, globally in its Amazon stores business, which covers the company’s retail and operations, and accounts for the bulk of Amazon’s sales. About 20,000 openings were posted in that division as of Monday evening.

The company’s cloud computing division, which is much more profitable than its retail business, will not be affected by the freeze. Some roles, such as student hiring and field positions, were exempt from the pause, the email said.

The email said recruiters should tell job candidates that Amazon was not in a hiring freeze, though it went on to say all open job requisitions should be closed in the coming days. It said new openings will be available early next year.

“Amazon continues to have a significant number of open roles available across the company,” Brad Glasser, an Amazon spokesman, said in a statement. “We have many different businesses at various stages of evolution, and we expect to keep adjusting our hiring strategies in each of these businesses at various junctures.”

Candidates with interviews scheduled before Oct. 15 could still receive offers, but they would not start at Amazon until next year. The email recommended that phone calls to screen candidates and other early recruiting activities should be canceled.

Mr. Jassy recently told investors the company has focused on controlling costs and efficiency in its warehouse and logistics operations. It has slowed its once-rapid warehouse expansion, closed facilities, backed out of leases and mothballed some new buildings. The company employed 1.52 million people in the second quarter, which was almost 100,000 fewer than at the end of March, primarily from reductions in its hourly work force.

The corporate hiring freeze is the latest sign that cost-controlling measures are hitting Amazon’s core retail and technology teams as well. In recent years, Amazon has hosted an annual “Career Day” in September, where it recruits for tens of thousands of salaried positions. Last year it received more than a million job applications. But it did not host the event this year.

And last month, on the company’s annual devices day, when it debuts consumer products, the offerings were notably more restrained than in the past. The event focused largely on updates to existing product lines, such as the Fire TV and Kindle.

In the past, the event included a number of oddball products with limited obvious consumer potential, like a printer for Post-it notes, an Alexa-enabled ring and an indoor home-security camera drone.