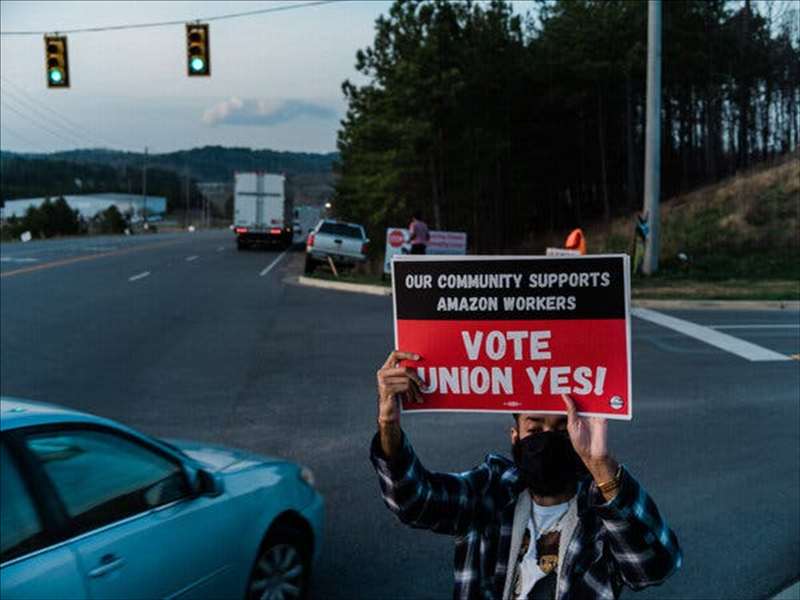 Recent organizing campaigns in the South suggest the company’s wage scale may have left it vulnerable to a union.

“If you go into certain rural areas in the South, where wages are suppressed and there’s no industry, that may seem attractive,” said Joshua Brewer of the Retail, Wholesale and Department Store Union, who is the campaign’s lead organizer. “For our folks here in Bessemer and Birmingham, it’s barely enough to keep the lights on. To tote it in front of them like it’s something to be prized is mildly offensive.”

The catch is that wages at these plants tended to be substantially higher than the typical wage in their areas, reinforcing workers’ sense that they had something valuable to lose.

Veteran production workers made $23.50 an hour at the Volkswagen plant in 2019, the year of the most recent campaign there. The comparable figure was $23 at Boeing’s South Carolina facility when workers voted on a union and $26 at Nissan’s Mississippi plant during the vote there, also in 2017. The union lost in all three cases.

“The global manufacturing companies took more steps to pre-empt unionization by offering better pay,” Richard Bensinger, a former organizing director for the United Automobile Workers and the A.F.L.-C.I.O., said in an email.

Mr. Bensinger, who was involved in the Nissan and Volkswagen campaigns and is helping workers organize at other Amazon facilities, held up Mercedes-Benz as a telling example. The U.A.W. tried to organize the company’s plant in Vance, Ala., about 25 miles from Bessemer, for several years during the last decade. But it could never quite get a majority of workers to sign cards, Mr. Bensinger said, partly because wages at the plant were so high — $28 an hour for veteran workers, and even more today.

“They paid U.A.W. scale to try to keep the U.A.W. out,” Mr. Bensinger said. (Mercedes, like other automakers, also used temporary workers whom it paid far less.)

“Workers always say this: It’s about respect, recognition,” said Gary Casteel, the U.A.W.’s former second-ranking official, who helped oversee much of its organizing in the South. “That’s not the case. It is about the money. Everybody wants to get paid more.”

Mr. Richardson said that he had made around $12.50 an hour when he started at the plant but that, thanks to the union, his hourly pay had nearly doubled by the time he left in 2019, after the plant lost its contract with Mercedes. He said several of his co-workers at Faurecia were now working at Amazon and had seen the power of a union to raise wages.

Some workers at the Bessemer facility, which opened just as Covid-19 was bearing down last March, regard the pay as more than adequate, especially younger employees.

“I feel like it is fair,” said Roderick Crocton, 24, who previously made $11.25 as an overnight stocker at a local retailer. “In my old job, I lived in my apartment, never got to go anywhere, paid my bills. Today I’m able to go out and experience being in the city.”

But other workers emphasize that pay at Amazon isn’t particularly high for the Birmingham area, even if the pandemic has reduced their job options. An Amazon employee named Clint, a union backer who declined to give his last name for fear of retaliation, said he had stood to make about $40,000 a year installing satellite dishes before the pandemic left him unemployed. He said he made his finances work partly by living with his mother.

The retail workers’ union said it represented employees at nearby warehouses where pay is $18 to $21 an hour, including an ice cream facility and a grocery warehouse not far from Amazon.

At a plant owned by NFI Group, a Canadian bus manufacturer, about an hour east of Birmingham, hourly pay for rank-and-file workers ranges from $14.79 to $23.31, according to the company.

Workers and organizers said the dissatisfaction over wages at the Amazon warehouse was heightened by the vast wealth of Jeff Bezos, Amazon’s founder.

“He’s one of the richest men in the world, yet you treat employees like scavengers,” said Jennifer Bates, an Amazon employee who earned more in her previous job at a pipe factory but joined Amazon hoping it would provide an opportunity to grow.

Stuart Appelbaum, the president of the retail workers’ union, noted that Mr. Bezos could have given each of Amazon’s more than one million global employees last year a bonus larger than the annual pay of a warehouse worker just from the wealth he accumulated during the pandemic.

The company did not respond to a request to address that question.

Mr. Appelbaum, the union president, said the company had underestimated its workers.

“I think they took it for granted that we’d be out there for a few days leafleting, then go away,” he said. “They didn’t believe there was any possibility that we’d be able to get enough cards from employees to get to an election.”