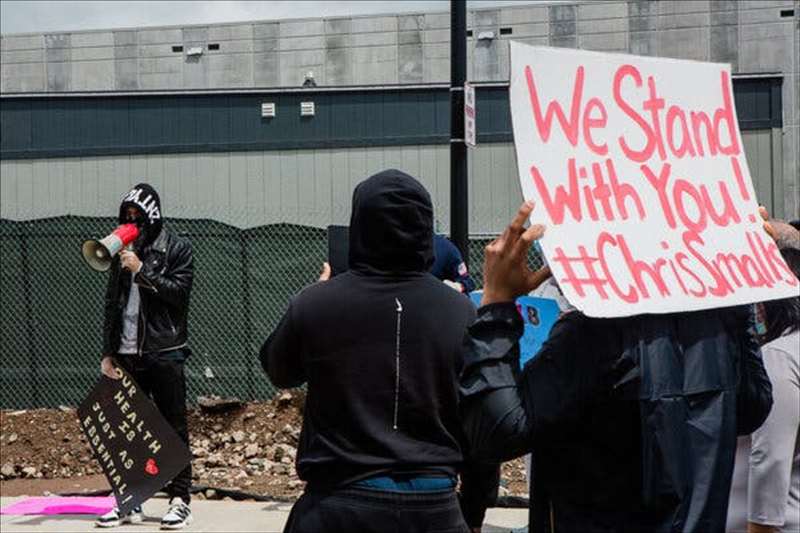 The company said the attorney general, Letitia James, had overstepped her authority in investigating workplace safety.

The company also asked the court to force Ms. James to declare that she does not have authority to regulate workplace safety during the Covid-19 pandemic or to investigate allegations of retaliation against employees who protest their working conditions.

Mr. Smalls has said he was retaliated against for leading a protest at the Staten Island warehouse. Amazon has said he was fired for going to the work site for the protest even though he was on paid quarantine leave after he had been exposed to a colleague who tested positive for the coronavirus.

In its 64-page complaint, Amazon said its safety measures “far exceed what is required under the law,” and it argued that federal law, not the state law enforced by the New York attorney general, had primary oversight for workplace safety concerns.

“The O.A.G. lacks the legal authority it purports to wield against Amazon,” the company said.

Ms. James, in a statement, said the suit was “nothing more than a sad attempt to distract from the facts and shirk accountability for its failures to protect hardworking employees from a deadly virus.”

She said her office was reviewing its legal options. “Let me be clear: We will not be intimidated by anyone, especially corporate bullies that put profits over the health and safety of working people,” she said.

James Brudney, a labor law professor at Fordham University, said it was uncommon for companies to file the kind of “scorched earth” anticipatory suit that Amazon had.

Mr. Brudney said federal law does pre-empt state workplace safety enforcement in many cases, though there are exceptions Ms. James could argue.

“It seems reasonable to see whether the state can prove its case,” he said. He added that federal oversight had “failed terribly and tragically” to create and enforce pandemic workplace safety, so states have been stepping in to address the gaps.

Much of Amazon’s complaint details its pandemic response, including setting up temperature checks at entrances, providing masks and offering free testing on-site. It said that, by its calculations, 1.15 percent of its New York frontline employees had tested positive or been presumed positive for the coronavirus, about half the rate for the general population in the state.

The complaint also quoted from an email documenting the New York City Sheriff’s Office’s unannounced inspection of the Staten Island warehouse on March 30 that stated that Amazon “appeared to go above and beyond the current compliance requirements.”