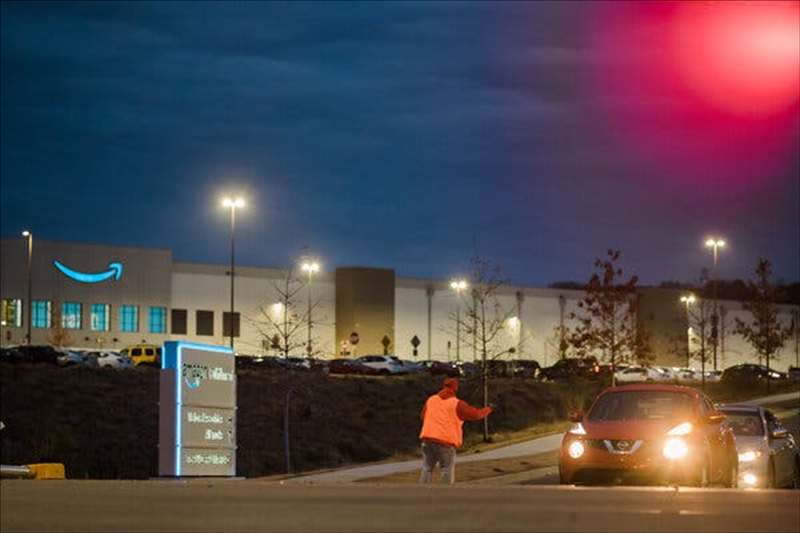 A vote on whether to form a union at the e-commerce giant’s warehouse in Bessemer, Ala., has become a labor showdown, drawing the attention of N.F.L. players, and the White House.

Players from the National Football League were among the first to voice their support. Then came Stacey Abrams, the Democratic star who helped turn Georgia blue in the 2020 election. The actor Danny Glover traveled to Bessemer, Ala., for a news conference last week, where he invoked the Rev. Dr. Martin Luther King Jr.’s pro-union leanings in urging workers at Amazon’s warehouse there to organize. Tina Fey has weighed in, and so has Senator Bernie Sanders.

Then on Sunday, President Biden issued a resounding declaration of solidarity with the workers now voting on whether to form a union at Amazon’s Bessemer warehouse, without mentioning the company by name. Posted to his official Twitter account, his video was one of the most forceful statements in support of unionizing by an American president in recent memory.

“Every worker should have a free and fair choice to join a union,” Mr. Biden said.

The attention is turning this union vote into a referendum not just on working conditions at the Bessemer warehouse, which employs 5,800, but on the plight of low-wage employees and workers of color in particular. Many of the employees in the Alabama warehouse are Black, a fact that the union organizers have highlighted in their campaign seeking to link the vote to the struggle for civil rights in the South.

The retail workers union has a long history of organizing Black workers in the poultry and food production industries, helping them gain basic benefits like paid time off and safety protections and a means to economic security. The union is portraying its efforts in Bessemer as part of that legacy.

“This is an organizing campaign in the right-to-work South during the pandemic at one of the largest companies in the world,” said Benjamin Sachs, a professor of labor and industry at Harvard Law School. “The significance of a union victory there really couldn’t be overstated.”

The warehouse workers began voting by mail on Feb. 8 and the ballots are due at the end of this month. A union can form if a majority of the votes cast favor such a move.

Amazon’s countercampaign, both inside the warehouse and on a national stage, has zeroed in on pure economics: that its starting wage is $15 an hour, plus benefits. That is far more than its competitors in Alabama, where the minimum wage is $7.25 an hour.

In Alabama, some workers are growing weary of the process. One employee recently posted on Facebook: “This union stuff getting on my nerves. Let it be March 30th already!!!”

The situation is getting testy, with union leaders accusing Amazon of a series of “union-busting” tactics.

The company has posted signs across the warehouse, next to hand sanitizing stations and even in bathroom stalls. It sends regular texts and emails, pointing out the problems with unions. It posts photos of workers in Bessemer on the internal company app saying how much they love Amazon.

At certain training sessions, company representatives have pointed out the cost of union dues. When some workers have asked pointed questions in the meetings, the Amazon representatives followed up with them at their work stations re-emphasizing the downsides of unions, employees and organizers say. The meetings stopped once the voting started, but the signs are still up, said Jennifer Bates, a pro-union worker in the warehouse.

In this charged atmosphere, even routine things have become suspect. The union has raised questions about the changing of the timing of a traffic light near the warehouse where labor organizers try to talk to the workers as they are stopped in their vehicles while leaving the facility.

But the retail workers’ union president, Stuart Appelbaum, questioned the timing of the request in Bessemer, coming as it did at the height of the organizing. “When the light was red we could answer questions and have a brief conversation with workers,” he said.

Last week, the union questioned an offer the company made to the Alabama warehouse workers to pay them at least $1,000 if they quit by late March. Mr. Appelbaum accused the company of trying to entice employees to leave before the vote ended.

“They are trying to remove the most likely union supporters from their work force by bribing them to leave and give up their vote,” he said in an interview.

But “The Offer,” as it’s known among employees, was the same that Amazon made to workers at all of its warehouses around the country. It is an annual program that lets the company reduce its head count after the peak holiday shopping season without layoffs. It has been in place since at least 2014, when Jeff Bezos wrote about it in a shareholder letter.

“Once a year, we offer to pay our associates to quit,” Mr. Bezos said at the time. “In the long run, an employee staying somewhere they don’t want to be isn’t healthy for the employee or the company.”

Mr. Appelbaum was not swayed. He said he believed that Amazon had chosen to make the offer across all of its warehouses when it did in order to help eliminate possible “yes” votes in Bessemer.

President Biden stopped short of urging the Amazon workers to unionize, but his statement instantly raised the stakes of an already momentous campaign.

“Let me be really clear,” Mr. Biden said. “It’s not up to me to decide whether anyone should join a union. But let me be even more clear: It’s not up to an employer to decide that, either. The choice to join a union is up to the workers. Full stop.”

He added, “Workers in Alabama and all across America are voting on whether to organize a union in their workplace. This is vitally important — a vitally important choice.” And it is one, he said, that should be made without intimidation or threats.

Despite the union’s suspicions, it has not filed any formal complaints with the National Labor Relations Board, Mr. Appelbaum said. Typically, unions can raise objections to a company’s tactics before an election and the labor board can step in.

If a complaint were to be filed, the labor board could potentially determine that the election is invalid because of Amazon’s actions. But after working for months to build support inside and outside the Amazon warehouse, the last thing the union wants is for the labor board to intervene and rule that the election must be held again. The voting has already been taking place in Bessemer for nearly a month.

Mr. Sachs, of Harvard Law School, said that despite Mr. Biden’s admonishments of companies’ interfering in elections, the current labor law does allow Amazon to hold certain mandatory meetings with workers to discuss why they shouldn’t unionize and enables the company to post anti-union messages around the workplace.

“It is very helpful that the president is calling out these tactics, but what we need is a new labor law to stop companies from interfering,” he said.

It is rare for such a large union election to be held by mail. Over Amazon’s objections, the labor board required a mail-in vote after determining that federal election monitors would be at risk of contracting Covid-19 if they had to travel to Bessemer to oversee in-person voting.

By pushing back aggressively against the union, Amazon risks angering Democrats in Washington, many of whom are already calling for more antitrust scrutiny of big tech companies, whose businesses have grown even larger in the pandemic. Amazon has mounted a public campaign supporting legislation to raise the federal minimum wage to $15 an hour, buying prominent ads in The New York Times, The Washington Post and other publications.

In his video on Sunday, President Biden specifically mentioned how unions can help “Black and brown workers” and vulnerable workers struggling during the economic crisis brought on by the pandemic.

Ms. Bates, 48, one of the leaders of the union drive, started working at the Bessemer warehouse in May.

She said she felt insulted by some of Amazon’s anti-union efforts, particularly the company’s statements to the staff that they would be required to pay nearly $500 in union dues every year. Because Alabama is a right-to-work state, there is no such requirement that a worker in a unionized workplace pay dues.

“It angers me a little bit because I feel like they know the truth and they won’t tell the truth and are taking advantage because they know employees come from a community that is looked on as Black and low income,” said Ms. Bates, who is Black. “It felt really horrible that you would stand there and mislead people intentionally. Give them the facts and let them decide.”