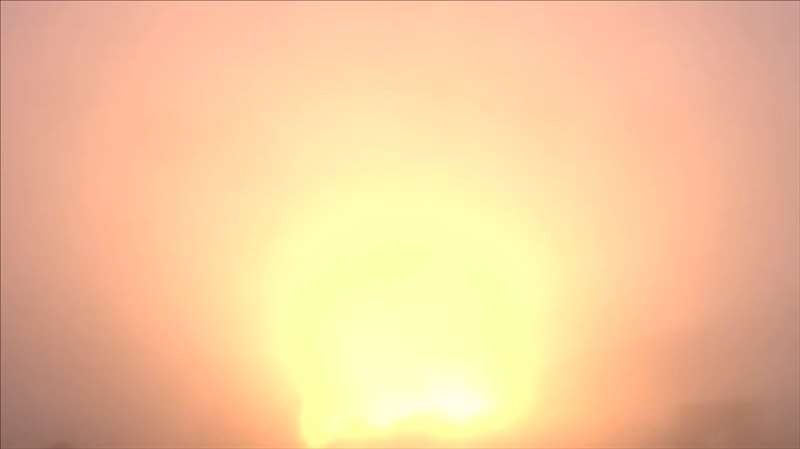 Elon Musk says SpaceX will have to examine the pieces from the exploded spacecraft to find out what went wrong.

SpaceX has suffered another failed landing for its prototype Starship spacecraft, as the rocket broke up in thick fog right before touchdown in Texas.

This was the fourth full-scale stainless steel model to launch since December to an altitude of more than six miles.

The previous three exploded at touchdown or shortly afterwards.

Thick fog obscured most views of the attempted landing sequence from the ground.

Video from an on-board camera cut out almost six minutes into the flight before pieces of the spacecraft and the sounds of small explosions began raining down across the launch site.

“Should know what it was once we can examine the bits later today,” Musk added.

But the speed the company is building and testing the spacecraft suggests it won’t be completely disheartened by the failure.

The test of Tuesday’s rocket, SN11, had seen the spacecraft taken itself to an altitude of 10km (6.2 miles) before coming back down to land – although it appeared to blow up before making it back down.

Starship is being developed by billionaire entrepreneur Musk’s private space company to carry humans and 100 tonnes of cargo on future missions to the moon and Mars.

Starship is designed to carry a crew and cargo “to the moon, Mars or anywhere else in the solar system” and land back on Earth perpendicularly instead of horizontally, Musk said.