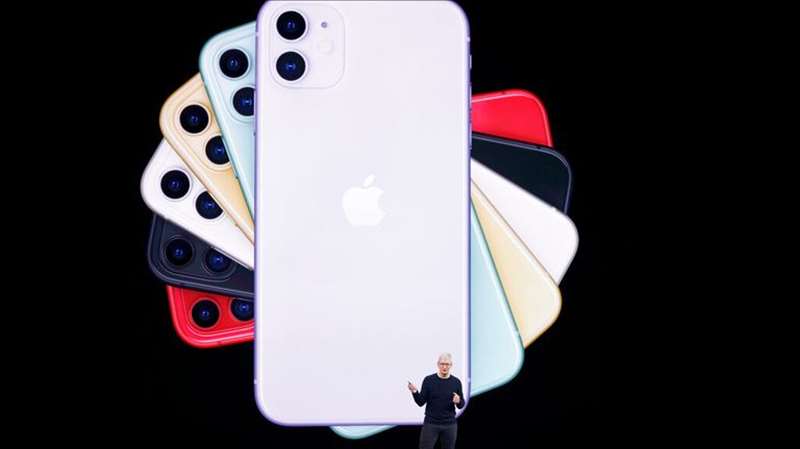 A new feature which has provoked a furious response from Facebook could allow iPhone users to opt-out of being tracked.

Apple will hold its first launch event of the year on 23 March several leakers have suggested, at which it will announce a handful of new products and features.

The feature has left the companies on course for a series of clashes as court cases and technological developments pit their business models against each other.

Apple usually saves its bigger product launches for events towards the end of the year, with three being held last autumn due to the COVID-19 pandemic.

Among the products Apple launched last year were new computers – laptops and desktops – running on Apple’s own chips, as well as new Apple Watches, and of course the new range of iPhones too.

Despite being rumoured at the time, none of these events brought in the most novel addition to the company’s line-up, Apple AirTags, which would work similarly to the Tile Bluetooth trackers.

These are physical tags that can be added to a keyring or another item and then located in the physical world by using an app, and they’re among the products suggested for Apple’s rumoured event.

Particularly exciting is the idea of an augmented reality tracker which would enable users to open their iPhone and get an overlay of where the tag is located – which could be particularly handy for the age-old problem of not knowing where you left your keys.

Even if the tag has been left further afield, there are suggestions it could be located by other iPhones through Apple’s “Find My” app mesh network.

The respected leaker who suggested the date, known as Kang, was the first to reveal a number of accurate details regarding the iPhone 12 lineup last year. The 23 March is also a Tuesday, which is the typical weekday that Apple chooses for these events.

The ATT feature, which is expected to be released in iOS 14.5, could also be announced. It will give users what Facebook describes as “a discouraging prompt” if any apps such as Facebook’s attempt to track them or access their device’s advertising identifier.

Apple responded by saying it welcomed in-app advertising and was not prohibiting tracking, “simply requiring each app to obtain explicit user consent in order to track so that it will be more transparent and under user control”.

The company has yet to announce a date for the long-awaited ATT feature, but the timeline suggested by its chief executive Tim Cook indicated it would be likely to rolled out across Apple devices in early spring in 2021, and the 23 March date fits that timeline.

“Free apps and the entrepreneurs and creators who build them… rely on advertising to make money, and in turn, provide free content to people – from your morning news to the game you play in line at the coffee shop to that comedy show you watched on Friday night,” explained Facebook.

“Apple has every incentive to use their dominant platform position to interfere with how our apps and other apps work, which they regularly do,” Mr Zuckerberg told investors earlier this year. “They say they are doing this to help people, but the moves clearly track their competitive interests.”