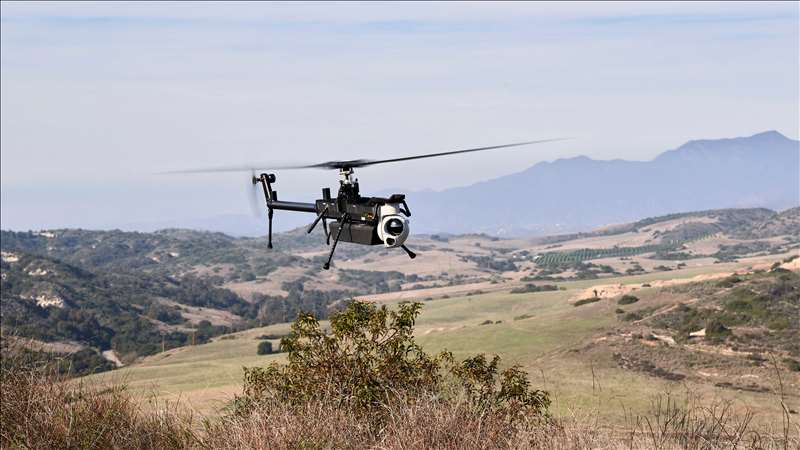 While much has been made of tech’s unwillingness to work with the Pentagon, start-ups are still plumbing the industry’s decades-long ties to the military.

Half a mile away, 28-year-old Palmer Luckey, one of the tech industry’s proudest iconoclasts, talked excitedly about the military potential of the flying machine — a self-piloting drone, called Ghost, that his start-up company Anduril built.

“You can just set it up and then go do something else while it maneuvers,” he said.

Though parts of Silicon Valley have kept the Pentagon at arm’s length in recent years, Mr. Luckey’s company, based 400 miles to the south in Irvine, is aggressively courting business from government agencies and the military.

It is one of a number of young tech companies, many of them far from Silicon Valley, that are shrugging off the concerns about the potential militarization of their creations that in recent years have stirred employee revolts at industry giants like Google and Microsoft.

On a recent afternoon, Mr. Luckey, dressed as if ready for the beach in a Hawaiian-like shirt, shorts and flip-flops, joined other Anduril employees at the company’s testing site near Camp Pendleton, a Marine training facility.

The drones are not armed, but could be useful for guarding bases or reconnaissance. The same sensor technologies that allow the drones to fly on their own could also be used to identify targets on a battlefield.

Mr. Luckey, who sold his previous company, the virtual-reality start-up Oculus, to Facebook for $2 billion, shrugged off the question of whether tech companies should willingly work with the military and intelligence communities.

“Most engineers want to engineer. They want to get stuff done,” the outspoken entrepreneur said as artillery fire echoed from a nearby range. “Most people have a pretty practical view.”

The military and intelligence communities have a long history with research labs and tech companies in Silicon Valley. ARPANET, the forerunner of the internet, was funded by the Defense Department. David Packard, one of the founders of Hewlett-Packard, served as deputy secretary of defense under President Richard Nixon. Oracle, one of the biggest software companies, got its start writing computer code for the Central Intelligence Agency.

But the idea of autonomous weapons has been controversial in Silicon Valley, and in recent years some in the tech industry have developed a new distrust of government work.

Parts of the Valley firmly draw the line at weaponization of their creations. Mike Volpi, a partner with the venture capital firm Index Ventures, said that Anduril’s drone technology impressed him but that his firm would not invest in any company whose technology could be used with weapons.

“There are many ways to make money,” Mr. Volpi said. “If a company has a stated strategy to hurt people, we would not invest.”

“We have the greatest technologists in the world in Silicon Valley,” said Katherine Boyle, a General Catalyst partner. “We really need to have Silicon Valley working with Washington.”

Anduril chose Irvine, the heart of Orange County, partly because of the proximity to military posts and partly because the founders wanted to avoid the growing distrust for military work in Silicon Valley.

“We are 400 miles away from Silicon Valley,” Mr. Luckey said. “Attitudes in Orange County have always been more pro-military.”

Mr. Luckey is known for bucking Silicon Valley stereotypes. Just before Anduril was founded, he was pressured to leave Facebook after he donated to an organization built to spread anti-Hillary Clinton internet memes in the run-up to the 2016 presidential election. When I visited Anduril’s test site on a recent afternoon, other employees were wearing masks and standing six feet apart. But Mr. Luckey was maskless, and he asked if I would shake hands.

In the drone business, however, he is not alone. A host of start-ups are building similar technology for the military. Shield AI, founded by a former member of the Navy SEALs, is in San Diego, not far from Anduril. Teal Drones, whose founder emerged from Mr. Thiel’s internship program, is in Salt Lake City.

The Defense Department is hungry for small drones that will track objects and fly into buildings, combat zones and other dangerous areas with little help from remote pilots. Self-piloting drones will become a key part of fighting and other military activities in the years to come, said Mike Brown, director of the Defense Innovation Unit, a Pentagon organization that aims to facilitate cooperation between the military and the tech industry.

“We need to make sure we have friendly sources to buy from,” he said.

Though some of the start-ups say their drones have already been used by the military, the technology is still in the early stages of deployment. But it raises concerns that artificial intelligence systems, used in tandem with weapons, could erode the role of human decision-making in combat.

Asked if their drone technology could be used alongside weapons, some start-ups say it could. This, they argue, will be an essential part of U.S. efforts to maintain military parity with other countries. “Most people understand that this is part of what the military does,” Mr. Luckey said.

Shield AI is fashioning autonomous drones for intelligence, reconnaissance and surveillance in combat, and it says U.S. Special Operations Command has already used them in the field (which the Defense Department confirmed). A Shield AI co-founder, Ryan Tseng, said this kind of technology, like Anduril’s, could be used with weapons.

But Skydio, a drone company in Silicon Valley founded by former Google employees, is more cautious. “We are not putting weapons on the drone,” the chief executive, Adam Bry, said. “Weaponization is the one thing where you want less automation, not more.”

Inside its warehouselike headquarters in Irvine, Anduril is building a wide range of technologies, including sensor towers that can be used as a kind of “virtual border wall.” U.S. Customs and Border Protection is already using these towers to monitor parts of the southern border in Texas and California. It is also looking at using Anduril’s Ghost drones for similar purposes, said Chris Brose, the company’s chief strategy officer.

A company spokesperson later said Anduril had done only “very early demonstration flights” with Customs and Border Protection. The company will not say how much its drones cost.

But Anduril — named for a sword in J.R.R. Tolkien’s “Lord of the Rings” trilogy — is also building drones for military use. Standing atop a hill overlooking the site where the company was testing its drones, Mr. Luckey and Brian Schimpf, another Anduril co-founder and the company’s chief executive, said the drones were used by Britain’s Royal Marines and had been tested by U.S. military, but they will not say which branches.

The drones will provide surveillance in and around military bases, much as they can along the Mexican border. Mr. Luckey and Mr. Schimpf hope they can also be used for reconnaissance and other purposes.