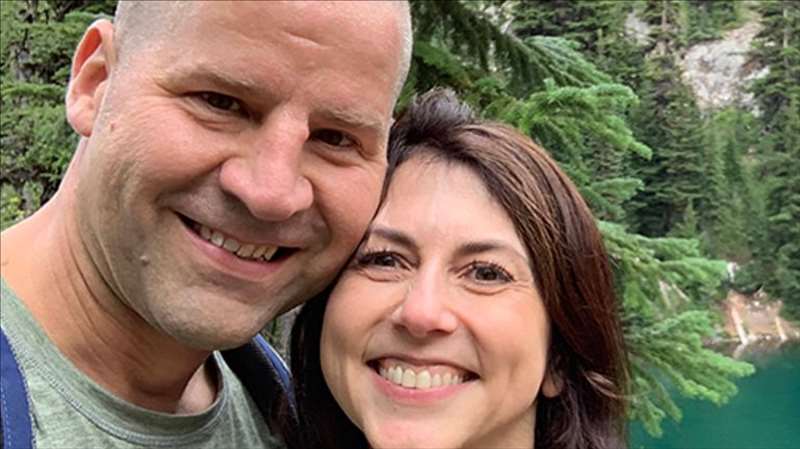 In a post online Dan Jewett said he would be signing on to his new wife’s commitment to give away most of her $53bn wealth.

Billionaire philanthropist and author MacKenzie Scott, who is the former wife of Amazon founder Jeff Bezos, has married a science teacher from her children’s school.

Dan Jewett made the announcement in a letter to the website of a not-for-profit organisation called the Giving Pledge, an organisation set up for philanthropist billionaires.

In the letter he expressed gratitude “for the exceptional privilege it will be to partner in giving away assets with the potential to do so much good when shared”.

Mr Jewett has been a teacher for decades and most recently taught chemistry at the private Lakeside School in Seattle, which Ms Scott’s children attend.

Ms Scott, 50, was married to Bezos for 25 years and helped him start Amazon in 1994. The couple have four children – three sons and a daughter adopted from China.

Her fortune is estimated to be worth around $53bn (£38.3bn), according to Forbes.

Mr Jewett wrote that he never imagined he would be in a position to talk about giving away significant wealth during his lifetime in order to make a difference in other people’s lives.

“And now, in a stroke of happy coincidence, I am married to one of the most generous and kind people I know – and joining her in a commitment to pass on an enormous financial wealth to serve others,” Mr Jewett wrote.

After donating $1.68bn (£1.21bn) to nonprofits, universities, community development groups and legal organisations last July, Ms Scott asked a team of advisers to help her “accelerate” her 2020 giving with immediate help to those financially affected by the pandemic.

She went on to donate a total of $5.7bn (£4.1bn) in 2020 to groups such as food banks, human-service organisations and racial-justice charities.

She was listed as number two among the 50 Americans who gave the most to charity last year, according to the Chronicle of Philanthropy’s annual rankings.