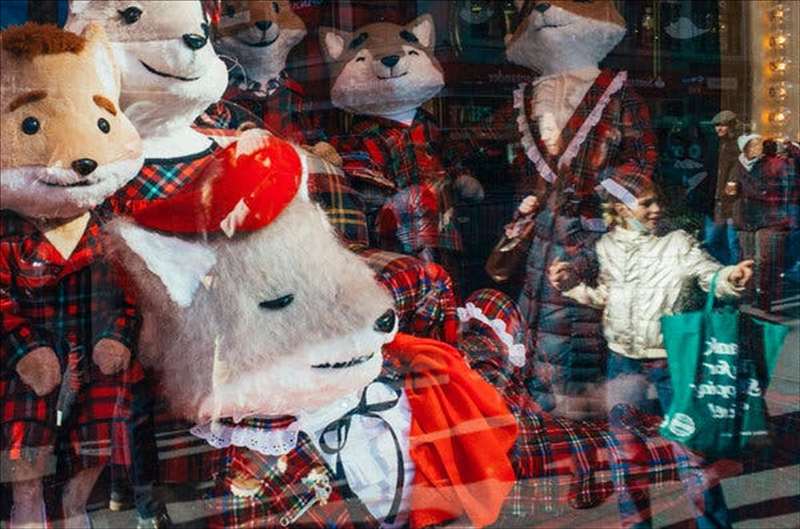 It promises to be unpredictable, with retailers and consumers still figuring out how much will be spent and on what kinds of goods.

No one quite knows what to make of this year’s holiday shopping season. But billions of dollars are riding on it.

After two pandemic holiday seasons messed with doorbusters, party plans and supply chains, retailers were hoping that this year would be a return to sanity. But just as it started to appear that families and stores could pull out their old playbooks, along came near-record inflation and the war in Ukraine, only increasing general unease about the state of the world.

Some things are looking up. The pandemic has receded, supply chains generally stabilized, and the labor market is strong.

But in March, the Federal Reserve started raising interest rates to slow down inflation, just as retail executives were making plans for which toys, wreaths and fuzzy socks shoppers would buy come winter. To try to ensure a robust shopping season, retailers leaned in early and often. Christmas trees showed up at Costco in August. Amazon threw what amounted to a second Prime Day in October. And it seems every day has brought ads for Black Friday deals, like the ones that Target offered throughout October.

Still, shoppers seem confused. Should they buy now or later? Purchase for a lot of people or put a priority on a few? Give items or shared experiences? Trust online deliveries or go with local shops?

“The truth is, we don’t know whether consumers will spend more or less on gift giving or whether they’ll do more shopping online or in the mall,” Etsy’s chief executive, Josh Silverman, told investors recently.

That has left companies making predictions for the all-important retail season that amount to a shrug.

“We’re not quite sure how strong holiday spending will be versus last year,” Brian Olsavsky, Amazon’s finance chief, told investors in October, “and we’re ready for a variety of outcomes.”

Or, as Peter Boneparth, the chair of Kohl’s board, told analysts this month, “I think everybody believes that Christmas will come, but I don’t think anybody out there knows for sure exactly what’s going to happen.”

The National Retail Federation predicts that holiday sales in November and December will increase 6 to 7 percent from last year, but that’s below the rate of inflation.

“Folks are really looking for deals this year,” said Melissa Burdick, who spent a decade at Amazon and founded Pacvue, which helps big brands sell online. “They’re shifting what they’re buying to favor lower-priced brands and more necessary items.” She summed up the sentiment as: “I used to want Bose headphones. Now I will buy chips on sale on Amazon.”

“Gas has especially gone up. I probably spend about $400 a paycheck on gas because I commute 35 minutes each way, each day. I have three siblings, so my parents have four kids at home and spend more than $1,000 a month on groceries. I help sometimes pay for food with my paycheck.

“My student loan application got messed up, so I’ve been paying for college out of pocket. I don’t want to drop out. I may finally be able to start saving. I want to buy a truck — it just feels like me.”

This year, Covid-19 travel restrictions have eased, and masking mandates are virtually gone. Retailers are bracing to lose out on spending as more people go on trips, attend concerts and eat out.

The Transportation Security Administration said screenings were up 33 percent from last year, and concert bookings are up 51 percent, according to Eventbrite.

“They were reminded that life is very short, and coming out of this pandemic they want to experience life again,” Mike Daher, an executive at the consultancy Deloitte, said.

“I love sweaters and little kitschy things like that, but I know not everyone is that way, and you’ll kind of remember the experience more than when you’re going through your clothes of, ‘How did I get this sweater?’ If you give an experience, that’s something you’ll remember a bit longer, or maybe it’ll introduce you to a new hobby or something like that.

“I have two younger brothers. Some people get siblings tattoos. I refuse to do that. But they’ve said it would be fun to go skydiving one day. I thought, I can get them a voucher and, whenever they can, they can just go down and skydive or something.”

Getting what you want this year shouldn’t be a big issue. Remembering last year, when popular items were stuck at ports or somewhere in the Pacific Ocean, brands ramped up production, and retailers ordered more products. They did this earlier than usual to make sure items arrived on time, but the supply chain improved. When orders arrived earlier than expected, retailers piled items in warehouses that in some cases were already stuffed with merchandise ordered in 2021.

That’s leading to more deals and a hodgepodge of goods on store floors, no matter the season. In other words, Christmas came early to stores.

“The other day, I was in Costco, and as soon as you walk in, the very first aisle is the Christmas stuff. It is still September! Oh, my God.

“It is the earliest I have seen it. Usually the day after Halloween it’s like the malls are playing Christmas tunes and the decorations are up. Some people go shopping in September. I can’t do that. I am not in the spirit yet.”

Amazon tried its best to hype an early holiday sale at the start of October. Some of the top-selling products in the United States — like Crest Whitestrips and protein powder — weren’t exactly typical presents.

“No one is buying gifts for Christmas,” said Jason Murray, an Amazon veteran whose company, Shipium, advises online retailers. “They are buying for themselves.”

It doesn’t matter much to retailers, who used the early holiday sales to try to offload products before most shoppers had even picked out their Halloween costumes. But it signaled that shoppers are motivated by deals, no matter what they’re for. After two years of limited discounts, shoppers are showing they are willing to hold out for a bargain.

Brands are getting on board. “We made too many,” the bike maker Specialized said on its website, telling customers that they can “save BIG.”

Rakuten, an online platform that offers deals and shopper rewards, said retailer participation in Black Friday and Cyber Monday promotions was the “biggest in the last three years.”

“I am really cognizant of those deals that are coming up right now. I think it is a grab to see who gets my money first. Am I taking advantage of it because I perceive it was a deal?

“On the Amazon sale, I had 150 things in my cart and saved for later, but I didn’t see anything that is comparable to what I would think is a Black Friday deal. When I was a kid, Black Friday was superlow-cost, like 80 or 90 percent off. Most of what I saw was 30 and 40 percent on some items. It’s like, ‘Nah, I will just pass,’ especially if it is not an essential item. Crest Whitestrips were a great deal, but I don’t need them right now.

For years, largely spurred on by Amazon, consumers got used to fast shipping — often in two days or less. The pandemic upended that. Driver and inventory shortages meant people had to plan ahead.

“Because of experiences of what has gone on with global supply chains in the last few years, folks are stretching the holiday season over a longer period,” said Jamil Ghani, the vice president of Amazon Prime.

“Shipping last year was so awful, and a lot of items that I ordered a little bit last minute came in time, thankfully, but it took a long time. I tried to start a little sooner.

“Customers are going back to a social life,” said Geoffroy van Raemdonck, chief executive at Neiman Marcus, whose top customers spend an average of $25,000 a year with the brand. “This is one of the first holidays that they feel more comfortable sharing it with their loved ones. I think that there’s a lot of good things coming with the holiday.”

“Mostly everyone wants a big expensive piece compared to last year. For example, someone maybe got a Prada bag last Christmas, and now they’re upgrading it to high-end jewelry.

“They want to find an outfit for going out to dinner or a party or birthday or to grab a gift for another friend. Everybody is just really happy to go out, and they can go without a mask.

“A lot of them are also traveling. They want their suitcase to be all new stuff.

“One client wants to give his wife 30 different gifts for her turning 30. He wants to have that plus Christmas because her birthday falls right around Christmas. The gifts are all different ranges, from stocking stuffers to high-end jewelry to Chanel bags to shoes — a lot of shoes, from sneakers to heels to boots.

“It helps that we offer our clients a glass of champagne when they come in to make it easy for them to shop. Or if they want a cup of tea or coffee. It’s more fun than the years in the past now.”