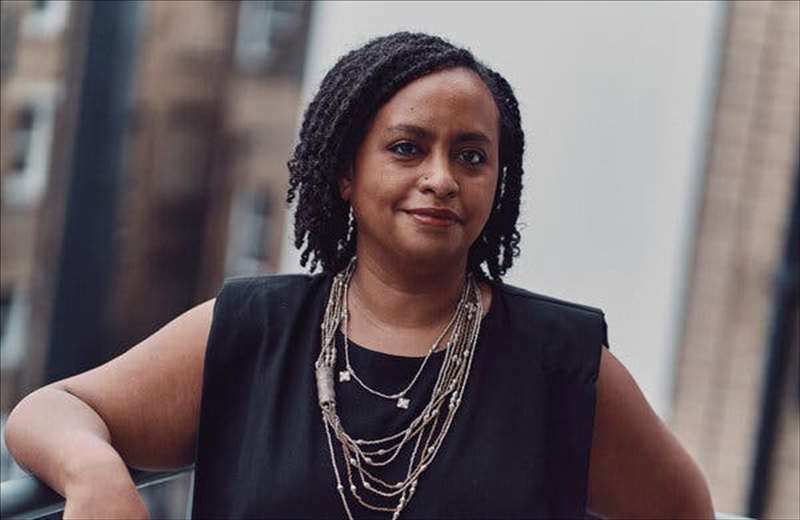 The company OpenSensors uses small, inexpensive sensors to monitor air quality and other conditions in offices. The timing couldn’t be better.

Yodit Bekele Stanton worried about her daughter’s debilitating asthma. As a software developer in London, she knew data often held answers that were otherwise unnoticed or unseen, so she put a sensor in her backyard and began monitoring the air quality in her neighborhood, mapping the data against her daughter’s asthma attacks. The results were inconclusive, but Ms. Stanton was convinced that such sensors could be used to improve the places where people live, learn and work.

“Thankfully my daughter has grown out of her severe asthma, but air quality is now a passion project,” she said.

OpenSensor’s devices measure carbon dioxide using internet of things, or IoT, technology, in which sensors publish real-time data over a network. Respiration produces CO2, which is exhaled along with aerosols, so the sensors can be used to measure the buildup of exhaled air within a space — and therefore the potential level of pathogens. (Essentially, CO2 serves as a proxy for potentially high levels of pathogens.) This, in turn, allows building managers to monitor and adjust air quality as necessary.

CO2 levels build up through the day, often reaching peak levels of 2,000 parts per million late in the afternoon. To keep employees healthy, CO2 levels must be monitored throughout the day, not just once, as is the case with most organizations today, if they monitor CO2 at all.

OpenSensors uses a low-power, wide-area technology that transmits data over an unlicensed spectrum, similar to that used by radio-controlled cars. The sensors are extremely power efficient, so batteries don’t need to be changed any more frequently than they would for a wristwatch.

The sensor signals are received by a router that transmits them back to an OpenSensors’ server over a cellular network. The company collates the data into a web-based dashboard or sends the data back to the customer’s own systems through an application. There are no cables involved. Companies plug in the router, called a gateway, and stick sensors where needed.

“OpenSensors is an overlay service that can be deployed separate from whoever’s handling the building management,” said Matt Hatton, a technology industry analyst focused on IoT, artificial intelligence and digital transformation, so tenants don’t need a landlord’s or building owner’s permission to use the technology.

Mr. Hatton believes that the market for indoor air quality monitoring is expected to grow by 20 times between now and 2030. “We’re still very early days,” he said. Other companies in the field include Microshare, Capgemini, Honeywell and Johnson Controls. But OpenSensors, using various types of hardware based on clients’ needs, provides a managed service that focuses on optimizing the number of people necessary to deploy the system. Each sensor takes less than 10 seconds to install, enabling small teams of four people to deploy thousands of sensors over a weekend.

“A minority of buildings have this monitoring capability now,” Mr. Hatton said. “Over the coming 10 years, we will see much more rapid adoption.”

Ms. Stanton spent time with building managers, learning about the commercial real estate sector and reviewing data. “I came to realize that we have enough real estate already in big cities,” she said. “We don’t need to build more buildings; we need to use them better.”

The company’s technology is also being used to improve workplace efficiency, including the use of space as offices switch to hot-desk systems, in which employees are not assigned to specific desks but rather cluster as necessary. It can be used to reserve desks or conference rooms, to reduce energy consumption by controlling lighting or heating and air-conditioning, and even to monitor water flow to detect leaks. Many companies using the technology have found that they can reduce their real estate footprint by 20 percent or more, according to Ms. Stanton.

Among OpenSensors’ customers are Zaha Hadid Architects, which has used the company’s technology as a general aid in creating simulated design models, and the University of Utah’s ARUP Laboratories, which used OpenSensors to monitor bat populations in Queen Elizabeth Olympic Park in London. (Bats are considered an indicator species, reflecting the general health of the natural environment.)

“We spend 70, 80 percent of our time indoors,” Ms. Stanton said, “so air filtration matters a lot, especially from a productivity perspective.”