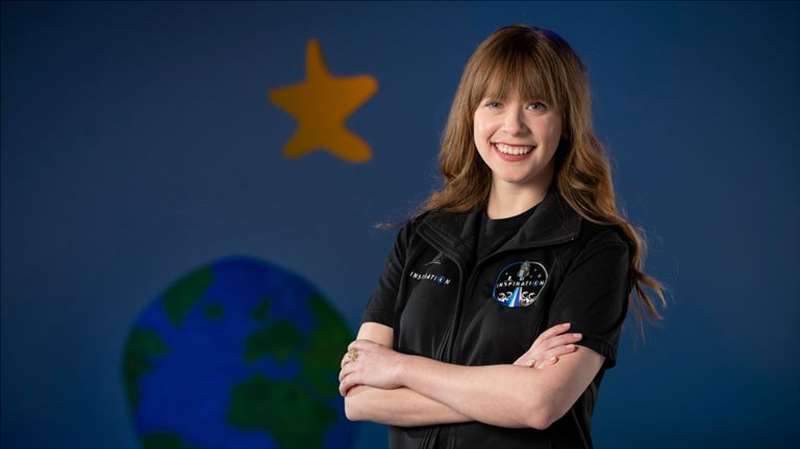 Hayley Arceneaux says she received the call about the mission “out of the blue” and immediately said yes.

A 29-year-old bone cancer survivor is set to become the youngest American in space when she joins SpaceX’s first all-civilian flight.

Hayley Arceneaux – who beat cancer as a child – will be one of four crew members on Inspiration 4, an unprecedented spaceflight composed entirely of members of the public.

She will be joined by two yet-to-be-chosen contest winners and billionaire tech entrepreneur Jared Isaacman, who is funding the mission.

Physician assistant Ms Arceneaux was chosen from “scores” of employees at St Jude’s Research Hospital as part of Mr Isaacman’s plans to raise $200m (£142m) for the hospital.

When she blasts off this autumn, the 29-year-old will be the first to launch with a prosthesis.

The young American had surgery at the age of 10 to replace her knee and get a titanium rod in her left thigh bone.

She still limps and suffers occasional leg pain, but has been cleared for the flight and will serve as the crew’s medical officer.

Ms Arceneaux says her battle with cancer prepared her for space travel and she hopes her mission will show other cancer survivors that “the sky is not even the limit any more”.

“It’s going to mean so much to these kids to see a survivor in space,” she said.

She described how she got the call “out of the blue” when she was at home in Memphis, Tennessee, last month.

Her immediate response was “Yes! Yes! Please!” but she wanted to run it past her mother first.

She also reached out to her brother and sister-in-law, who are both aerospace engineers and “reassured me how safe space travel is”.

A lifelong space fan, Ms Arceneaux said her loved ones would not be surprised – and Mr Isaacman believes her to be a perfect fit.

The final two crew members are set to be revealed in March ahead of the targeted lift-off from Kennedy Space Centre in October.