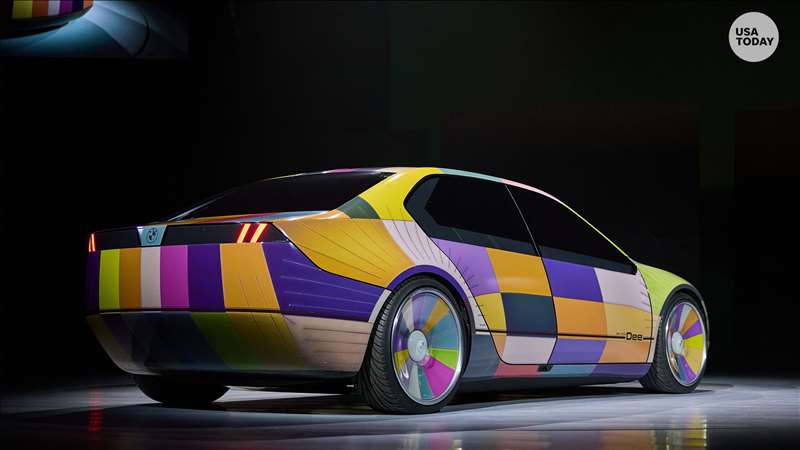 Improvements to autonomous driving, color-changing exteriors and flying cars are just a few examples of the futuristic vehicle tech unveiled at this year’s CES trade show, which wraps up this Sunday.

Major automakers like BMW, Mercedes-Benz and Stellantis (the parent company of Ram, Jeep, Chrysler and other brands) gathered in Las Vegas this week to showcase their latest tech and tease what’s to come.

The tech show isn’t over yet, but here are some of the most exciting developments the auto industry showcased at CES 2023.

The Nevada DMV approved the automaker’s application to deploy Level 3 autonomous driving and is expected to issue a certificate of compliance within the next two weeks, according to Mercedes-Benz.

Level 3 allows customers to take their eyes completely off the road under certain conditions, which means they can “focus on certain secondary activities such as communicating with colleagues via In-Car Office, browsing the web or relaxing while watching a movie,” Mercedes-Benz said in a release.

The feature will be available in the S-Class and EQS starting with model year 2024 and can be used in high-density traffic and other “suitable motorway sections” where the vehicle is traveling under 40 miles per hour.

Mercedes-Benz is optimistic approval from the state of California will come “soon” but offered no specific timeline.

The service offers more than 1,000 titles, including The Witcher 3: Wild Hunt and free-to-play games like Fortnite.

Electric vehicles were a common theme among automakers at CES.

Mercedes-Benz customers will be able to reserve charging stations, but the network will be open to all car brands with compatible technology.