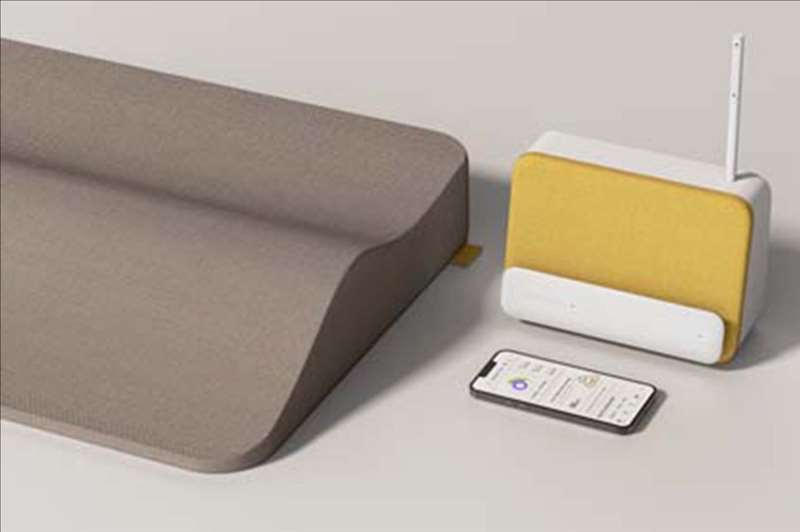 A high-tech pillow that can prevent snoring and a navigation device that can aid visually impaired were among the many head-turning gadgets and gizmos unveiled at the largest tech show in the world.

CES officially kicked off its four-day geekfest in Las Vegas on Thursday with a myriad of new devices — from those targeting personal health and wellness to consumer electronics, electric vehicles and the metaverse.

One product that had many sleep-deprived spouses in the crowd of 100,000 at the Venetian Convention and Expo Center especially excited was the Motion Pillow, which can recognize when a person snores and then inflates an airbag inside the pillow to turn their head or spine.

“Once it hears you begin to snore, it finds where your head is on the pillow and it begins to move you gently,” said Brent Chappell of Motion Pillow. “Your airway re-opens. You stop snoring, the pillow deactivates and you keep on sleeping.”

The pillow was among a select few devices at CES to nab an Innovation nomination and is expected to be on sale this year.

Another creative product was introduced by Japanese company Ashirase, which invented a “walking navigation” system for visually impaired people. The device, which received an Innovation Award, is worn on the shoe and sends a vibration to your foot via a smartphone app that tells users which direction to travel.

“We hope that visually impaired people will be able to ‘walk freely on their own’ and open up a future in their own way,” the company said.

Those who like to coast on wheels but don’t want to break a sweat can splurge on electric in-line skates from French firm Atmos for $533. Skaters wear a battery pack around their waist and use a small remote to keep the rollerblades moving.

Meanwhile, Sony announced it will team with Honda on a new electric vehicle called Afeela that is expected to hit the road in the US in 2026. No word on the pricing yet. But the sedan-sized vehicle will be interactive, using safety and driver assistance systems from Honda along with entrainment and interactive features from Sony.

The metaverse was also another big theme, with many companies unveiling their latest gadgets for virtual reality (VR) and augmented reality (AR).

Start-up, OVR Technology presented a headset that allows users to smell in the metaverse, which could move beyond gaming and movie-watching into health, beauty and wellness, the company said.

The headset, dubbed ION 3, is a wearable device that delivers up to thousands of scents using cartridges. Its delivery system is synchronized with the content users are viewing in AR, VR, or via desktop or mobile.

On the lifestyle side, pop star Paula Abdul launched Idol Eyes, a line of audio sunglasses.

Starting at $199, the sunglasses feature a five-hour battery life and play audio from the sunglass frames via Bluetooth connectivity. Users can listen to music or answer calls via the sunglasses, which are available in seven colors with polarized and blue-light filtered lenses.