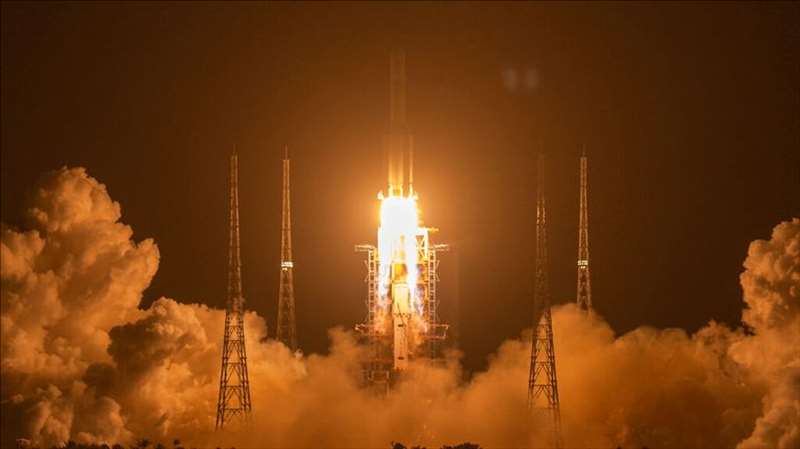 The collaboration comes as US Congress prohibits China’s military-linked space agency from almost all work with NASA.

China and Russia have announced their intention to build a new lunar research station together, launching a new era of collaboration in space between the two countries.

According to a statement published on the China National Space Administration (CNSA) website, the International Lunar Research Station (ILRS) would also be open to use by other countries.

No timeline was given for the construction of the ILRS, which was described as a “comprehensive scientific experiment base with the capability of long-term autonomous operation”.

The research station could be built either on the lunar surface or in lunar orbit to conduct “scientific research activities such as the lunar exploration and utilisation, lunar-based observation, basic scientific experiment and technical verification,” the statement said.

A memorandum of understanding on the project has been signed by Zhang Kejian, CNSA’s administrator, and Dmitry Rogozin, the chief of Russian space agency Roscosmos.

The CNSA’s space programme was initially driven by Russian expertise in its early years, with its Shenzhou spacecraft closely resembling the Soyuz capsules used by Roscosmos.

Despite the general approach towards co-operation between states in space, US Congress has prohibited almost all contacts between CNSA and NASA due to concerns about the theft of technology and the secrecy and military links of CNSA.

Russia participates in the International Space Station, but the successes of Roscosmos have been muted since the fall of the Soviet Union.

The country recently successfully test-launched its heavy lift Angara A5 space rocket for the second time in December after lengthy delays and technical problems.

China has planned four crewed missions this year which will work on the country’s first permanent orbiting space station. The core module could be launched as soon as next month.

Tianwen-1, which means “quest for heavenly truth”, took off last July from Hainan Island off the south coast of China with hundreds of onlookers watching from a nearby beach.

The lander is expected to attempt to touchdown on Martian soil later this year.