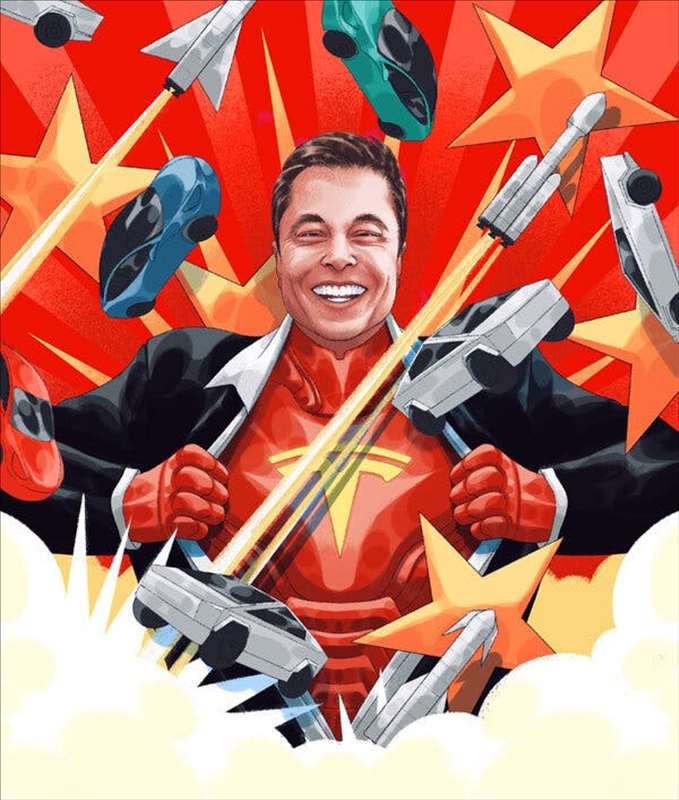 The Tesla boss and digital prankster is striking a chord, at a time of disillusionment with the tech industry and its leading tycoons.

But there is one tech figure who has managed to keep the Chinese public in his thrall, whose mix of impish bomb-throwing and captain-of-industry bravado seems tailor-made for this time of dashed dreams and disillusionment: Elon Musk.

“He can fight the establishment and become the richest man on earth — and avoid getting beaten down in the process,” said Jane Zhang, the founder and chief executive of ShellPay, a blockchain company in Shanghai. “He’s everybody’s hope.”

“Only a superman like Musk can move past the endless mediocrity and toward the infinite, to see the magnificence of the universe,” Moonshake writes.

Another user in the same thread says he named his son Elon to express his admiration. The user did not reply to a message seeking further comment.

“Occupy Wall Street could never be copied in China,” said Suji Yan, an entrepreneur and investor in Shanghai. To do that, “you’d have go on the streets,” he said. Buying protest stocks is safer.

The dispiritedness that many Chinese tech workers have for their industry is compounded by their feeling that it is no longer really inventing or innovating. While Mr. Musk is off building futuristic cars and colonizing the cosmos, they see the best minds of their generation designing cellphone games, figuring out how to put more ads on social media and speculating in real estate.

“He is a real dreamer and creator, yet he is also a coldblooded, self-absorbed megalomaniac,” Hong Bo, a longtime tech commentator in China who writes under the name Keso, said of Mr. Musk. “I admire his courage in breaking with outdated conventions, and yet I intensely dislike his trampling on the bottom lines of humanity.”

Mr. Musk and Tesla did not respond to emails requesting comment.

The frustration with Big Tech is part of a wider malaise in China. For many young people, decades of breakneck economic growth seem to have resulted in only fiercer competition for opportunities, less stability and less say over the direction of their lives.

On the Chinese internet, the term that has captured the mood is “involution,” previously used by anthropologists to describe agrarian societies that grew in size or complexity without becoming more advanced or productive.

The feeling among young Chinese people that they are fighting harder for a slimmer chance at material gain is leading them to hope to “reorganize life in a different way,” said Biao Xiang, who studies social change in China and is director of the Max Planck Institute for Social Anthropology in Germany.

Beyond criticizing the tech industry’s high-pressure work culture and the gig economy’s labor abuses, young Chinese people are more skeptical of the vast influence that internet platforms like Alibaba’s wield over commerce and finance. Still, Professor Xiang believes people in China have not turned against businesses that deliver technological advancements of a more tangible nature, which is why Mr. Musk’s industrial optimism still has appeal.

“They’re not really against tech,” Professor Xiang said. “They’re more against this kind of platform-style manipulation of social relations.”

China does not lack for outspoken tech tycoons. It’s just that their careers never seem to go very far without running into trouble.

Still, Mr. Musk’s devil-may-care style would probably attract little notice in China were he not seen as trying to tackle big problems for civilization like sustainable energy. In a country where most people have seen new technology bring about mostly vast improvements to their lives, there is less cynicism about the far future than in the West.

The two Mas, who are not related, were merely “in the right place at the right time,” Mr. Yang said.

“This is the person who in China was once looked up to as a god,” one person wrote. “In the presence of a real master, he is like a performing monkey.”